If the advent of driverless cars provides a fourth screen via which travellers access content, apps and services, who will provide the content? George Malim explores the opportunities and assesses which organisations could become the in-car content providers.

In the long term, BMW’s ultimate driving machine becomes an ultimate lounging machine in which travellers – not drivers – journey to their destinations. The car becomes an autonomous aluminium box in which passengers will work, relax, consume content and even sleep. The car of the future will carry the brand values of its maker. A Mercedes will feel like a Mercedes and a Nissan will feel like a Nissan and this will be enabled by the styling of the vehicle and the fabrics used in its construction. Sound and vision will also play a vital part. 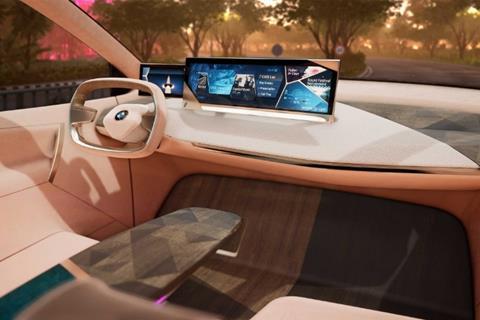 “With electric and autonomous cars, it becomes a different beast,” says Roscoe Williamson, head of branding at MassiveMusic, a specialist in audio branding which has worked with Mercedes and BMW. “It’s much more about the environment you want to be in and what you want to do in the space.”

As they turn to new business models such as leasing, car sharing and the sale of services related to vehicles, car makers are working closely with technology providers to ensure they are enabling the next generation of vehicles with the technology required to underpin in-car services. Williamson says Toyota is working with Microsoft, Volvo with Nvidia, BMW with Intel and Ford and VW with Amazon to enable improve voice interaction with cars.

“As someone living in car-dependent LA, I dream about using driverless cars as a workspace,” says Gilles Boisselet, the chief strategy officer at Unit9, which is currently developing an in-car entertainment app on behalf of a car market. 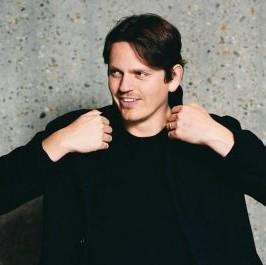 “Cloud-based connected software could be used to prepare meetings with collaborators; and the post-meeting drive back to the office could be used to review session and start actioning the main points. This is much easier – and safer – than trying to control the world with a mobile phone whilst driving.

“In terms of screen consumption, a driverless car’s windshield opens up a whole new world of screen-based entertainment opportunities,” he adds. “But, of course, using the windshield as a screen depends on how many people are in the car and where they’re seated. It’s therefore more likely that laptops and mobiles will become the screen of choice because they give people a chance to independently watch their own choice of content, in the same way we do when flying in a plane. In these types of enclosed situations, people usually prefer to watch their own thing than view collectively.”

There is already a growing market place for selling new functionality in the automotive market. Innovation in the automotive sector is predicted to boost global profits by almost 50% by 2020, according to the 2017 McKinsey Report, ‘The Road to 2020 and Beyond’. 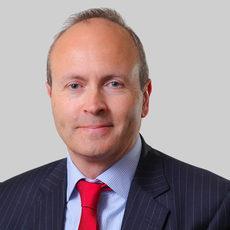 “The car is already becoming an extension of people’s mobile devices, in terms of the ability to make voice calls, send voice-to-text messages, and listen to music playlists while driving,” confirms Angus Ward, chief executive of digital platform solutions at consulting firm Bearing Point. “These features are just the beginning. In the meantime, another, more immediate trend is the growing popularity of car-sharing and multiple owner vehicle leasing.”

The automotive industry revenue model currently relies on selling high volumes of vehicles. However, the expansion of vehicle leasing is set to cause a fall in sales, which in turn is likely to disrupt the industry. To compensate for lost revenue, car makers need to come up with new ways to generate recurring revenue from their customers - such as subscription-based personalised, in-car mobility services. However, car makers will face challenges in owning this relationship exclusively as telecoms operators, device makers and content owners fight for their share of this ecosystem.

“It’s an obvious platform for telcos,” says Williamson. “Car sharing in a obvious environment in which there is form for deals with media partners and it could all flow through the telco because the mobile device will be what the user carries from car to car.”

That’s an appealing idea for telcos. They could provide applications that automatically link to the car their owner is using to set preferences such as temperature, music stream, lighting scheme and others. However, there is a need to rely on car makers to install hardware such as screens and audio equipment. It’s not a big step to embed connectivity into the vehicle from the factory so we could see a greater effort from car makers to own this space.

For content owners, it’s less important who owns the fourth screen and more vital that it’s their content that gets onto it – provided it is monetised fairly and profitably.

The arrival of 5G mobile connectivity will open up enormous opportunities, not just to stream high definition video content but to support augmented and virtual reality and enable users to interact with content seamlessly and in real-time.

“5G will also provide the means to push mobility services into new and more advanced and personalised use cases, such as additional vehicle features plus in-car entertainment, driver safety, real-time information and data analysis through telematics,” says Ward.

“Meanwhile, self-managed direct communications that are separate and distinct from 5G will provides lower cost, complexity and increased reliability for other more safety-focused use cases.”

Ward adds that bespoke services sold over mobile networks could include augmented way-finding and concierge style services where there’s a direct connection with a call centre where agents – or even artificial intelligence (AI) bots like Alexa – can facilitate all kinds of things, including booking hotels, restaurants and event tickets on the go. Connected services could also range from Spotify through to backseat entertainment streamed from the likes of Netflix or Disney. 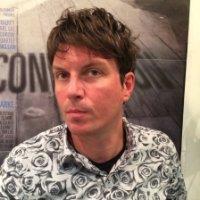 “Embedded car screen technology will face strong competition from apps. We can see this with GPS: in the end everybody uses WAZE on their mobiles rather than purpose-built satnavs,” explains Boisselet. “Why? Because it’s more user-friendly and offers better performance. So in-car content consumers will be more likely to use their mobiles for streaming Netflix. Young children, however, who aren’t old enough to have their own devices, would benefit from a built-in solution. 5G will be the key to successful delivery, making in-car a perfect opportunity for telcos to turn cars into hotspots.”

“The type of content we watch will be shaped by journey time,” he adds. “Current affairs will be popular across short journeys but there’s also scope for short-form fiction to work well too. And the big players will be able to make use of this opportunity by creating valuable ecosystems, for example: Google’s driverless car with its own 5G delivering YouTube Premium content such as a new show.”

The car is undoubtedly transforming as a space in which content is consumed and, thanks to automation, much of this new market will be visual as opposed to the traditional audio content of today. “Car manufacturers can sell a car as a personalised service with recurring, subscription-based revenue models,” says Ward. “What’s clear is that the future for the automotive industry will be about turning the vehicle into a service platform, like Apple did with the iPhone. Falling car sales through the shift to usage instead of ownership demands manufacturers move from a product to service-led business. This in turn calls for partnerships and third-party collaboration. Manufacturers need to connect with a range of service partners through implementing a digital platform business model.”