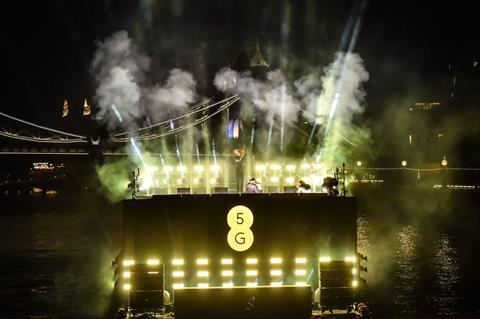 EE: 5G to provide “a more reliable data connection to businesses and consumers.”

The 5G-powered stage show on the London Thames was designed in collaboration with Stormzy to celebrate the official arrival of 5G in London, Cardiff, Edinburgh, Belfast, Birmingham and Manchester.

From today, UK mobile users will be able to gain access to 5G for the first time.

BT-owned EE has today switched on its 5G network, which is built on top of its 4G infrastructure. Users with a 5G tariff will be able to connect to both 4G and 5G which will deliver the best possible experience, even in highly populated areas, EE claimed.

BT consumer business chief executive Marc Allera said: “We wanted to mark the arrival of the UK’s first 5G network with something spectacular. We made history, not only by becoming the first network to launch 5G in the UK - but also using 5G to live stream this event to thousands of fans across the UK.

“Stormzy lit up the Thames and his fans’ faces with the energy, passion and charisma that he always brings to his live shows.”

Fans in attendance and those watching online saw “history in the making” as the first event of its kind to be live streamed over the new 5G network. EE used the latest 5G and remote production technology to broadcast the event live on Facebook, Twitter and YouTube to thousands of fans across the UK.

Over 200 state-of-the-art LED lights were affixed to the stage, with beams of light projected 1,000 feet in front of the Tower Bridge in London.

Fans in each of the other five launch cities were treated to the best seat in the house via a 360-degree virtual reality (VR) experience at stores in Cardiff, Edinburgh, Belfast, Birmingham and Manchester.

Those guests attending the in-store events were invited to use VR headsets to watch the performance in 360-degrees from the front row, just metres away from where Stormzy was performing on the floating stage in London.

PP Foresight tech, media and telco analyst Paolo Pescatore told IBC365: “This is a significant moment for the UK. 5G promises to change the way content is created, produced, transmitted and distributed through the entire value chain. 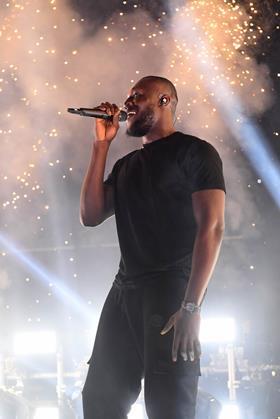 “At the launch event, all of this was brought to life with an exclusive Stormzy performance streamed live streamed over 5G to EE’s YouTube channel.

“This further underlines the potential for 5G in broadcast and media which offers plentiful opportunities for greater revenue and more efficiencies.”

In a statement EE confirmed its 5G network has been launched in the busiest parts of the UK to provide “a more reliable data connection to businesses and consumers.”

EE expects customers to experience an increase in speeds of around 100-150 Mbps, while some customers will break the one gigabit per second milestone on their 5G smartphones.

When EE launched its 4G network in 2012 the fastest speed possible was 50 Mbps. It was the first UK operator to launch 4G.

EE is partnering with some of the world’s leading manufacturers to offer the UK’s largest range of 5G smartphones. From today, consumers and businesses can order the new devices, including smartphones from Samsung, OnePlus, LG, Oppo and Huawei, a mobile broadband device from HTC, and a 5G home broadband router from Huawei.

In addition to the six launch cities, in 2019 EE has plans to introduce 5G across the busiest parts of Bristol, Coventry, Glasgow, Hull, Leeds, Leicester, Liverpool, Newcastle, Nottingham and Sheffield. And in 2020, ten more towns and cities will get EE’s 5G sites: Aberdeen, Bournemouth, Brighton, Cambridge, Dundee, Exeter, Ipswich, Norwich, Plymouth and York.