FIFA World Cup Qatar 2022: Behind the scenes of stadia rigging

The FIFA World Cup Qatar 2022 may be less than three weeks from kick off but for some facilities providers the journey to Qatar began six years ago.

Gravity Media is intimately involved in the FIFA World Cup Qatar 2022 tournament preparations in a number of areas. In work that began in 2016, it teamed with Belden to systems integrate the broadcast infrastructure solutions across four venues, including the redevelopment of the Khalifa International Stadium in Doha and the all new Al Bayt Stadium (where England play USA), Ahmed Bin Ali Stadium and Al-Thumama Stadium. 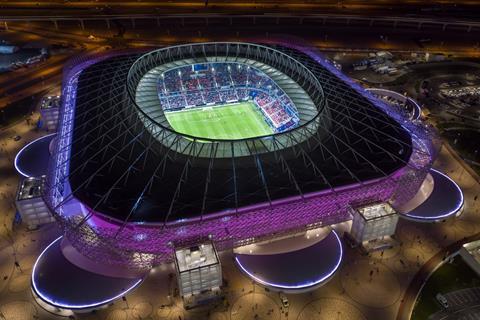 Gravity Media has had a permanent operation in Qatar since 2007, servicing the burgeoning demand for live sport, entertainment, conference, and cultural event coverage across the region.

“We have a long-standing local presence and know how to navigate the commercial and technical challenges,” says Edward Tischler, Gravity Media MD – EMEA.

“The broadcast infrastructure is designed to allow production teams to plug and play,” says Edward Dowdall, who runs Gravity’s Qatar office. “All racking and cabling is future proofed for long-term, sustainable use.”

Read more Behind the Scenes: The Championships, Wimbledon 2022

While the stadium contracts were commissioned by the construction groups and will be a permanent legacy after the FIFA World Cup Qatar 2022 packs up, Gravity also won three projects from Host Broadcast Services (HBS), the regular host broadcaster of tournament. 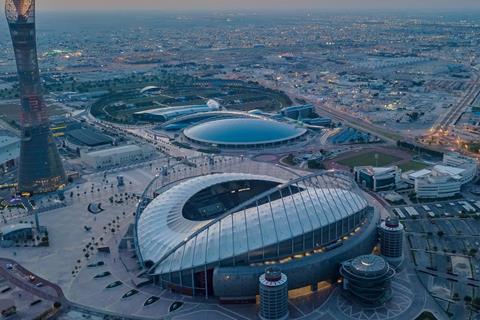 The biggest of those is to outfit each of the eight stadia with equipment for Technical Operations Centres (TOCs). This includes all of the connectivity infrastructure to bring in all host feeds from different host broadcaster units and standardise it and prep for onward distribution.

“The TOCs are centred around IP gateways from Grass Valley into the wider IP fabric of the host broadcast,” says Ollie Bianchi, Gravity’s head of projects.

In parallel, Gravity is providing a turnkey production system for infotainment at every venue. This includes RF and line cameras, on pitch presentation and replay. Aside from the RF gear this is also designed for legacy.

Gravity’s third project for HBS is to equip a studio and the live production of events at the FIFA Fan Fest, an area of the corniche in Doha to which 40,000 spectators are expected to flock and watch matches on giant screens, or up to 12000 fans a day. ‘A’ list stars are also lined up to perform. Feeds will be cut in a gallery at the IBC. 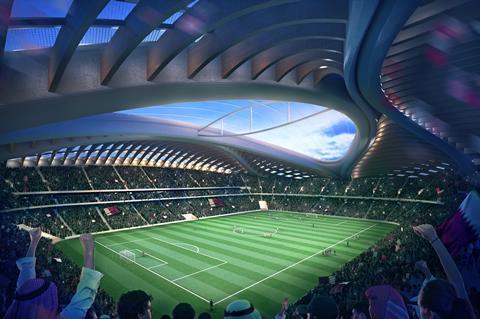 FIFA World Cupt Qatar 2022: each of the eight stadia will have equipment for Technical Operations Centres (TOCs)

This Fan Fest is unique for a World Cup in that it will be the one and only venue for fans of every team to meet, view and interact around live matches outside of the stadia. Consequently, FIFA/HBS has put a lot of emphasis on gathering live footage from the venue.

Gravity has also been tasked to supply a number of broadcasters including BBC Wales, Fox Sports USA and Telemundo with facilities (such as technocranes, jimmy jibs) and local crew for unilateral coverage. For Fox Sports it is installing RF receive and transmit sites.

The company normally has seven permanent staff in Doha, a number which will rise to nearly 200 during the tournament.

“At the end of the World Cup our involvement in the region doesn’t stop,” says Tischler. “We will look to build on in the same way that Qatar wants to attract additional events in the region.”

The first match of the FIFA World Cup Qatar 2022 kicks-off on November 20 when Ecuador takes on the hosts at Al Bayt Stadium, in the first of 64 games, culminating in the final on Sunday December 18. The international match feed will be in 4K HDR, with ENG material in HD, from which various distribution flavours will be transcoded.