IBC Accelerators 2022 (Part 2): Cloud is where the magic happens

Cloud technologies are sometimes regarded as vague and indefinable beasts. But the reality is that they can be as precise, scalable and robust as you need them to be.

Two of the IBC Accelerators 2022 projects have set out to tackle the challenges of cloud operations from a broadcast perspective. The first tests the viability of live event coverage in the cloud, while the second harnesses the scalability and flexibility of cloud instances to remove localisation bottlenecks. 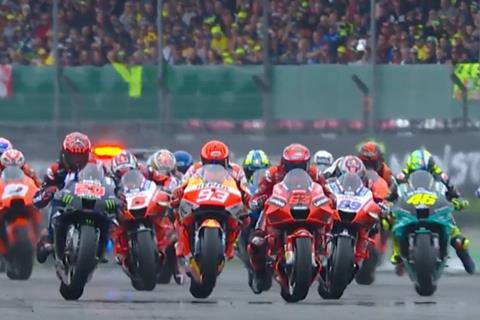 The first of the cloud projects from the IBC 2022 Accelerators programme is the ‘Cloud based live events, analytics and low latency protocols’, itself an amalgam of two projects pitched at the IBC Kickstart event, which were then incorporated into one.

The overall aim is to deliver a professional live sports event, with multiple camera feeds, at scale, taking a cloud-based approach as much as possible. The eventual long-term goal is to sketch out ‘point and click’ provisioning and deployment of resources to support Broadcast live events - whatever their scale or location.

Simon Crownshaw, Director of worldwide media and entertainment strategy at Microsoft, explained why the project should be of particular interest to technology providers and broadcasters alike.

“The reason that we chose to look at the Live Events platform in terms of trying to do things end-to-end in the cloud was primarily something that, fundamentally, has never fully been done or fully realised. We do components or workflows in the cloud today. But pulling those things together, from the moment the content is created on a camera, all the way through to the process of someone receiving that image, or that video content, tends to have fallen down from a cloud perspective. [It’s] why you see a continual reliance on on-prem infrastructure.”

Crownshaw continues: “This project really is about imagining that the process of taking content directly from the camera, encoding and transcoding it, doing all of the colour conversion, and so on, getting it ready from a packaging perspective… [Then] distributing that content entirely across the cloud, seamlessly through a variety of different partners that own their respective pieces of that process. Then distributing that content to the various different endpoints that it needs to go [to]. And then really leveraging the analytics, artificial intelligence, the experience of that data, to drive the right engagement across the variety of platforms with which that content is experienced.”

“I’m really excited about where we’re going to go, what we’re going to be able to demonstrate, from our champions programme perspective, and the way we’ve engaged with the right partners,” says Simon Crownshaw.

“What we’re seeing is a real uptake in the learnings we had from last year’s programme to this year’s programme. I think that we’ve been able to demonstrate that we can do more than six channels… We can process those things into different languages in real time, and have them come back without any delay or image distortion. It’s a phenomenal achievement.”

Localisation has become a key battleground for media companies as they strive to connect with local audiences, increase global traction, drive incremental revenues and balance out regional seasonal subscriber variations. 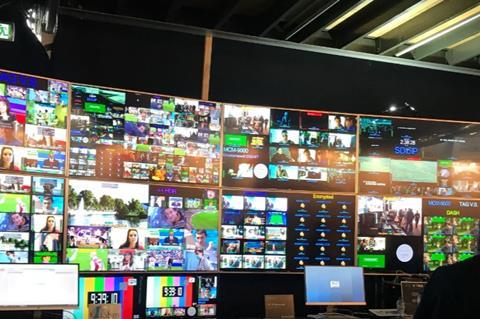 Significant infrastructure: making the scalability and flexibility of the cloud an ideal candidate

One obvious strategy to improve the bottleneck is to automate the process as much as possible, something that is increasingly feasible, but requires significant infrastructure - making the scalability and flexibility of the cloud an ideal candidate.

However, as the team behind the ‘Cloud localisation blueprint’ project notes early on, in many cases the localisation process is neither ‘rapid’, nor ‘cost-effective.’ Prohibitive costs are a major factor in keeping content trapped behind language barriers.

The Accelerator project sets out to tackle this substantial challenge at three distinct levels.

Such a substantial challenge might seem near-impossible, but the team assembled for this Accelerator project is more than capable of rising to it. Warner Bros. Discovery, The Pokemon Company International and ITV are the designated Champions, while Participants include Fabric, Rightsline, Iyuno-SDI, SDVI, AWS, Vidispine, Codemill, EIDR and LMT.

A spokesperson for the combined teams commented on the complexity that has already been overcome. “We had some very intense and collaborative sessions at the beginning of the process, to figure out the precise architecture of each of the numerous workstreams involved in the content localisation process.

“There are so many systems involved that the workflow diagrams initially took quite some skill to assemble. But we have had the luxury of being able to draw on the combined experience of a ‘brains trust’ of key industry players – with an unrivalled depth of knowledge and experience. It’s a privilege to be a part of this process, and I think everyone has enhanced their understanding as a result.”

In order to focus the project, it is baselined against the hypothetical use case of Warner Bros Discovery licensing content from The Pokemon Company for international presentation on the HBO Max platform. The licensing deal will act as the trigger, with international delivery to HBO Max being the end of the process. The project will cover off the required intermediate processes and steps in the AWS cloud.

With both projects set to be showcased at the IBC Accelerators area at IBC2022, the stage is set for some of the most innovative and exciting demonstrations of cloud technology in a broadcast context. Drop in and experience the action - and catch up with both Champions and Participants - at the RAI on 9-12 September in the Showcase Theatre.