The IBC2022 Show ended on a high earlier this week, after four days of high-quality networking, more than a thousand exhibitors, and some robust analysis of the wider industry from some of the biggest names and brands in the M&E world. Here we take a look at some of the key themes and moments of IBC2022 in retrospect.

Business models under the microscope

The biggest theme of IBC2022 was undoubtedly the refining of business models, with many of the conference tracks dealing with specific examples and identifying key transformational elements. Of particular interest was ITV’s Chief Product Officer Deep Bagchee’s ITVX presentation, that laid out the broadcaster’s strategy to combat content siloing in multiple apps and aggregate both SVOD and AVOD audiences into one combined platform. 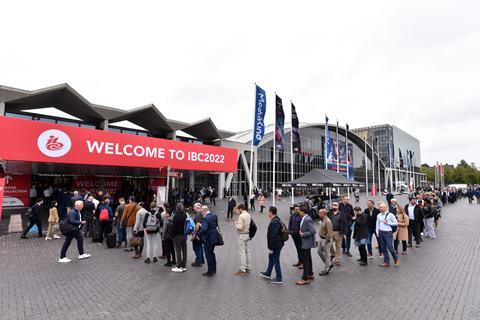 ”One big thing we’re trying to do is increase the number of hours that you find ITVX - as a tech tip service last year we had just 1,500 hours on ITV hub, and what we are aiming to do is have 15,000 hours by the time we launch [ITVX] later this year, 9,000 hours of content in the free tier and 6,000 hours in the SVOD tier. We’re commissioning new exclusive content for ITVX - we will have live events - things like the World Cup football will have 20 themed FAST channels, and we’re working with a number of content partners to bring lots more content onto the platform”, he told a packed Keynote Auditorium.

Meanwhile, FAST channels received plenty of attention, with one IBC2022 session moderated by Nathalie Lethbridge, Founder and Managing Director of Atonik Digital, describing FAST channels as a hybrid of traditional viewing and streaming. She continued to cite figures from analysts Omdia showing that the FAST market will generate $4 billion in revenue in the US market this year.

Anil Jain, Managing Director of Media & Entertainment at Google Cloud, said that a “mix of experiences” including FAST channels now make up the portfolio that a media company needs to offer to viewers.

“The reality is a mix of subscriptions, ads, transactions at a minimum, I think, will coexist on multiple platforms. If you want to engage an audience and build affinity with your content and your brand, you’re going to need to kind of employ that model,” said Jain.

A major theme for IBC2022 was the necessity to improve equality throughout the M&E industry, with a number of sessions held capturing best practice and successes, as well as providing a platform. In particular, #GALSNGEAR - the industry-wide movement demanding parity for women across the media and entertainment industry - hosted a session that looked at changing workflows and perspectives to become more inclusive.

Almost simultaneously, three companies came together to discuss how they have implemented the Strive to Rise pilot programme, a formal recognition programme for media technology companies working towards gender equality.

“It’s become so important and a big part of how we want to grow and present the image of our business,” said Dushi Thangarajah, Senior Vice President Localisation Fulfilment & PMO at Deluxe. “Participating in the pilot raised a lot of questions about our methods for recruiting a more diverse workforce, like how we advertise jobs and train and develop our people.”

Strive to Rise is set for a formal launch in Autumn 2022.

Elsewhere, Dave Duvall, Chief Information Officer, Warner Bros. Discovery, told an audience at IBC2022 about the wider challenges in the newly-merged Warner Bros. Discovery company, specifically on the technical side. He said that he was focusing on “the largest areas that we want to make an impact on in the first year”, going on to explain that the company is looking at areas of overlap between the legacy Warner Bros and Discovery businesses where it can standardise procedures and find “common ground”.

He cited playout technologies. “We’re definitely on a standardisation push: How can we align our platforms around the world and bring those together? We have north of 850 distributed linear feeds within the combined portfolio.” He also picked out collaboration technologies, such as email, meeting and chat platforms.

The eight IBC2022 Accelerators projects took to the Innovation Stage to detail their creative trajectory, each having chosen a challenging corner of the industry and some bleeding-edge technology to solve some ‘big ticket’ challenges. These ranged from two very different 5G projects, to two envelope-stretching cloud-based projects, and a final tranche that took cues from topics including 6DOF Immersive Audio, Blockchain and 3D volumetric assets in real-time - to name but a few.

Supply chain re-imagined in the cloud

British broadcaster UKTV spoke at length about the value of cloud in the company’s new and re-imagined supply chain, with Antony Joyce, Head of Architecture & Technology Platforms at UKTV, telling a packed Showcase Theatre: “We have 32,000 high-res assets that we have to get to linear channels and various VOD platforms along with all the content’s associated metadata. We were having a lot of difficulties with our previous solution. Our goal was to address the media management aspect of what we do.”

UKTV turned to AWS to help migrate its library to the cloud, advising the broadcaster to use Media2Cloud, a set of processes that registers content and checks its integrity on migration as well as generating thumbnails and proxies for preview. According to Joyce, “Our media management team was spending time troubleshooting and now they can concentrate on monitoring. We’ve literally changed from dealing with lots of issues to making sure content flows through the system.”

Of course, IBC wouldn’t be the show it is without considerable lashings of new technology, which was in evidence everywhere you looked. Even the IBC2022 Stand Awards picked out technological innovation, with the IBC2022 Judges’ Award for Stand Design Innovation being won by Atomos. The company used new recyclable material; lightweight aluminium frames that can be reused and back-lit fabric (silicon-edged) that is recyclable.

Absen Virtual Studio LED Solution won the Mid-Sized Stands with a stunning visual display involving the building of a woodland set, with a flickering campfire, to show off their impressive array of LED display screens.

Of course, with the IET’s famous John Logie Baird Lectures taking place at the show, there was plenty of technical content to enjoy - very much not least from Rosanna Prada, Broadcast Systems Engineer at DAZN, who took on the task of throwing light on the likely state of audio technology over the next five years.

Perhaps needless to say that the perennial topics of Blockchain and the metaverse came up time and time again. The former most notably in Nonny de la Pena’s seminal Keynote, where the VR trailblazer (often referred to as the Godmother of VR) took a moment in a powerfully technical speech to acknowledge the potential utility of blockchain to secure the identity of the individual. A moment to pause and consider very carefully, especially in context.

“As a journalist, how do we know that a story is accurate, that it’s not a fake character, and yet protect individuals who might be revealing information that’s very dangerous. If you’ve got communities around blockchain that provide a way to protect identity, but they still have a way to track provenance of information. So I think blockchain is extraordinarily powerful”, concluded the Journalist, Filmmaker, Virtual & Augmented Reality (VR/AR) pioneer & Founder, Emblematic Group.

The IBC2022 Show might be finished for the year, but the conversation continues on 365 all-year round. Check in for the latest news, features, M&E themes and webinars as well as the latest technology insights on 365…