The surge in ‘at home’ or REMI production during the pandemic has raised the stakes for managing remote audio effectively – prompting leading vendors to expand their solutions and focus more on ‘granularity’.

In some organisations, the change in working practices necessitated by the pandemic did literally happen overnight. In both radio and TV, programme-making teams more used to working together in the same studios suddenly found themselves dispersed far and wide. And where they might already have had the technologies to support ‘total’ remote production (but not had to use them anywhere near their full capacity), these now became absolutely essential to keeping shows on-air. 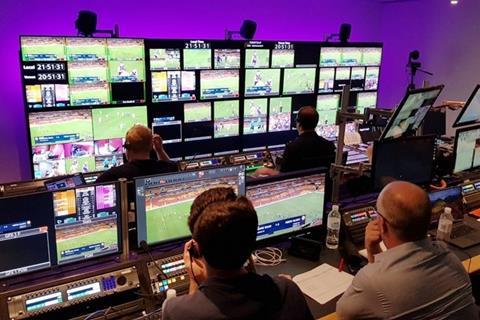 The industry has seen the rise of remote production centres, such as NEP Australia’s Andrews Hubs.

David Letson, Vice-President of Sales at Calrec Audio, is not alone in observing that “we already had a whole bunch of solutions [for managing remote audio] beforehand, but found that during the pandemic a lot of them saw a major uptake from our client base. You could say that, somewhat unwittingly, we were already prepared for a much bigger shift into remote audio.”

As Letson also observes, the last few years have witnessed “a lot of experimentation” among broadcasters in terms of how they route and administer remote audio. In the (hopefully) more settled times to come, it’s inevitable that many of the more temporary workflows will be revised and augmented. To this end, it will doubtless be helpful that the leading audio vendors seem to be continually focused on enhancing their remote production solutions.

From novel approach to necessity

As Lucas Zwicker, senior technical product manager audio production at Lawo, implies, the concept of remote audio has been subject to considerable change over the years. Hence it is possible to draw a line onwards from “a more traditional incarnation involving codecs and telephone hybrids, [where you could feature] a field reporter or guest expert as an additional contributor, whilst the main content is still produced and managed on location or at the studio itself.”

More recently, the industry has seen the rise of remote production centres, such as NEP Australia’s Andrews Hubs, where processing cores are hosted in dedicated locations and made available to any operators anywhere over a WAN network. Although this concept was well-established prior to Covid-19 lockdowns, “the global pandemic obviously made remote productions a necessity rather than a novel, more efficient way of using one’s infrastructure.”

Fortuitously, Lawo has been targeting the physical separation of stage-boxes and processing devices from control surfaces for quite some time. Following on from early WAN-based forays at a major sporting tournament in 2016, Lawo has more recently released the remote connection-enabling technology, Gateserver, for its mc² consoles.

This capability, explains Zwicker, “enables [mc²] consoles to be connected to the processing core over a routed Layer-3 network, a WAN, and even the public internet. But these were just the first steps.

“Our A_UHD Core [high-density IP audio engine] is based on a completely distributed architecture that provides robust redundancy schemes over remote connections. In fact, we have just completed an exciting POC [proof of concept] in that area, involving one A_UHD Core near Frankfurt and one in Munich that acted as a redundant pair for advanced resilience.”

From an implementation perspective, people must be able to understand how different elements adhere to the audio-over-IP standards in a given workflow.

In addition to highlighting “the need for low-bandwidth connectivity” to support at-home production, Zwicker suggests that “we have learned a lot from the pandemic, and this is bound to have a lasting effect on the industry – if only because it may be more convenient, flexible and family-friendly to work from home when there is no pressing need to be at the production hub.”

Like other prominent companies in this space, Lawo itself is now assessing how to implement the “insights and experience” gained during the pandemic in its product ecosystem, “precisely to allow our clients to access anything from anywhere whenever this is more convenient for them.

This creates some exciting new requirements for the core components of a production system that will definitely result in new product releases, while others can easily be based on new software releases for our existing, software-definable products.”

Managing audio on a ‘granular level’

The rise of remote audio is, of course, entirely complementary to the advent of more flexible, IP-based production environments. Timing accuracy and low latency are essential requirements of live remote audio management, and judging by current developments from the likes of Artel, these aspects have also been subject to further progress in light of recent industry trends. 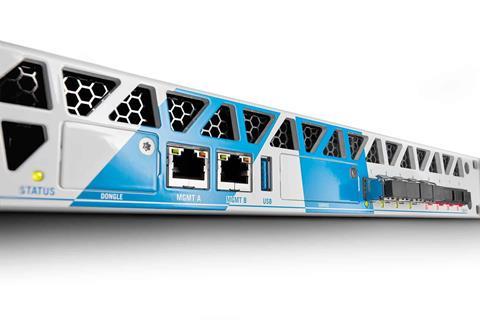 For instance, Artel’s Quarra family of PTP-aware managed IP switches has recently been modified to ensure less overall noise. The switches support multiple standards, such as SMPTE ST 2110 and ST 2059-2, permitting interoperable use of IP-based media equipment with conventional genlocked SDI equipment – and thereby supporting the hybrid production environments that are now so commonplace.

“From an implementation perspective, people must be able to understand how different elements adhere to the audio-over-IP standards in a given workflow.” With the Quarra switches, users have the opportunity to “sectionalise and isolate suspect parts of a network or groups of endpoints, enabling proper troubleshooting of implementations when things don’t seem right.”

As these developments indicate, Fonseca is confident that increasingly precise amendment and management of remote audio will be a defining trend of the coming years. “I believe the most salient aspect of remote audio management will be in the area of granularity,” he remarks. “Being able to manage audio workflows on a granular level will allow users to get creative with audio stream arrangements that reflect and support the needs of audio professionals.”

One of Calrec’s solutions to have experienced increased traction during the pandemic was actually launched as far back as 2016. The compact RP1 remote production processing engine enables programme teams to capture a range of live events and mix them in a remote facility miles away.

Developed in part to help broadcasters produce more live coverage with minimal resources, RP1 has “really flourished” during the past few years, notes Letson, as ‘opportunity’ has often become ‘necessity’.

Simultaneously, the company has also registered an increase of interest in its Type R IP-based mixing system, which can be deployed without a physical surface. Instead, control and set-up can be achieved via the Calrec Assist application, which runs in a web browser and provides users with a virtual desk operating on a laptop.

It’s an approach that, says Letson, “has really come to the fore [during the pandemic]. We were fortunate that we already had these tools in place and only needed to make some minor changes in terms of giving people the flexibility they wanted.” The next step is to ensure that the Assist experience is standardised across the Calrec range.

As we (hopefully) move out of the Covid-19 era, Letson expects broadcasters to continue evolving their remote audio set-ups as they finesse their ideas in regard to future output. “The pandemic has really expanded ideas about what can be done remotely,” he observes. In terms of live event production, “we are still selling desks for use in big trucks to go to stadiums. That works really well – always has done and always will do. But we are also seeing more people thinking a bit outside the box.”

In particular, he thinks that newer methods of managing remote audio are benefiting sports fans: “People still want the big sports, but there is also an interest in other sports and it’s clear that [recent technology developments] are allowing more sports to be covered than ever before.”

To read more about the innovations in broadcast audio technology, browse the latest articles in the IBC365 audio archive.