The day was headlined ‘The Fight for Attention’, a theme based on the challenges that the UK broadcasting industry has faced over the past few years. Heads from Channel 4, BBC and ITV, grilled by BBC journalist Amol Rajan, and sponsor Warner Bros. Discovery gave keynotes on the central themes of battling for consumer’s time and money, new technologies and funding ventures. 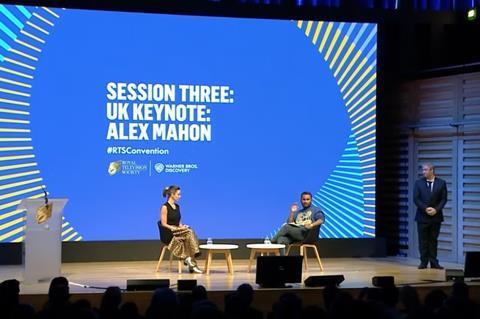 Gerhard Zeiler, President, International at Warner Bros Discovery opened the keynotes and spoke of the importance of making creativity and quality sustainable in the future by bringing in the best creators and noted that to be a global player means having relevant local stories.

Zeiler added that it is not just content that is king, but it is also about strong distribution and production, that to fight for attention, creators need to deliver the “must-have”.

Alex Mahon, CEO of Channel 4 agreed that great content is key to rise above the noise of a saturated market: “I think from a consumer perspective, there are a hell of a lot of services. And the truth is that what people want is high quality content, that’s obvious. But they want to know where it is. So, actually marketing is more of a demand because there’s so much choice…So the challenge for us all, really, is how to market those shows, and how to cut through it.”

She confirmed that despite the difficulty of the past few years: “We’ve had our best results ever. We made 100 million surplus last year, we had an amazing year with All Four as the UK’s biggest free streaming service, 80% of young people in the UK registered with it. So in that sense, volatility and ambiguity has made us perhaps perform better.”

Carolyn McCall, CEO of ITV talked of the digital development for ITVX and how it will create specific user experiences. ITVX is promising more fresh content every week than any other provider with over 9000 hours of free content. Of their digital development she revealed: “One of the key things we’ve done in the last five years is we brought in capability. We’ve invested in technology and we bought data in a big way, so we’ve got data systems, all of which kind of gives us the foundation to be able to do ITVX.” 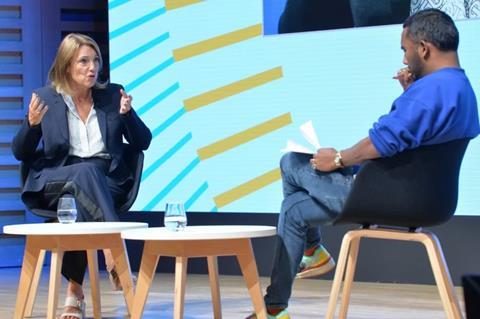 This raised the fear of streaming cannibalising linear viewing, however broadcasters seemed adamant that this wouldn’t be the case. “If something’s a hit it turns out it’s a hit on both (linear and streaming),” said Mahon. She clarified that the question is all about how fast you manage the transition between the two.

McCall shared the same view: “People have been forecasting the decline of linear or the erosion of linear for a very long time. That is kind of built into the market. And I think they just don’t value it, in the way they should.”

Tim Davie, Director General of BBC also talked of going through “enormous changes” to reshape the business and the challenges of migrating to a digital online future when 85% of the BBC’s value is through broadcast, “that is not a sustainable position in terms of the shape (of) the future of public service broadcasting and how it delivers.”

The topic of AVOD and streamers such as Disney and Netflix introducing advertising was also a hot topic, when McCall was asked if this would be damaging to ITV, she pointed out that Netflix have a different demographic to ITV, which could be used to their benefit by monitoring this added entrance into an ad market.

“We can monitor our free service - it’s AVOD lead, which means that we can monetise the advertising on ITVX. We have an ad platform, which we invested in four years ago, we bought something called Videology. It now does highly personalised targeted advertising. The agency is all on it. And it’s doing very well.” She claims they will be able to get more information about the viewer as viewers stay on the platform and therefore be able to deliver more viewer centric content.

On advertising Mahon commented: “Well, I think it’s fair to say on advertising, nobody knows yet, like it’s a pretty volatile market.” She also commented on the competition with streamers and that consumer behaviour throughout sectors is difficult to predict but that: “People want to watch things with ads in them because they’re free.”

All three broadcasting houses were quizzed on their targets for diversifying internally, Davie spoke about the socio-economic focus of BBC’s work: “We are one of the only organisations in the UK that has gone with a formally declared socio-economic diversity target…I think people should have an opportunity.” He also confirmed that £700 million in spending is being pushed out of London, “It’s changing the BBC, it is happening.” Remarking that they are at the point where network output is coming from across the UK, therefore opening the job market. 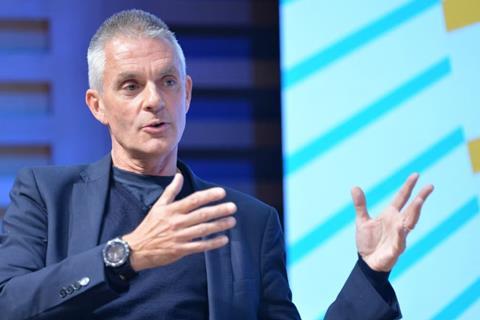 Mahon talked of a big push at Channel 4 in gearing up young people with skills and decentralising away from London: “We’re working a lot with all kinds of young people working with needs, working with all sorts of underrepresented people (and) apprentices. In our document we suggested that we accelerate that even more and play an even bigger role in that outside of London…You can have a career in the media and a career in our industry without having to move to London.”

When asked what ITV are doing to make TV more representative, McCall answered that two years ago the Diversity Acceleration Plan was published, which includes mentoring schemes. She also agreed with Davie and Mahon’s point about making broadcasting more representative: “It isn’t just about the stats. It’s about how people feel, because actually what can happen is you can recruit people but you don’t retain them because they don’t feel like they belong.”

The imperfect but impartial Licensing Fee

Defending the infamous topic of the BBC’s license fee, Davie commented: “I think you can’t separate funding model from editorial intent and delivery.” He continued to express that it has allowed the BBC to “do its mission and stay independent, impartial and provides a certainty of funding in the medium term.”

He later added: “So the licence thing delivers a lot, it’s not perfect, but it delivers stability.”

When Davie was asked if he believes that the proportion for the BBC’s overall funding that comes from the licence fee will fall and commercial revenues will grow in the future, he responded, “Globally without doubt.”