Getting to grips with esports production

As the esports market continues to grow, the broadcast and media space are keeping a closer eye on competitive gaming. IBC365 speaks to ESL’s Simon Eicher about the opportunity in esports. 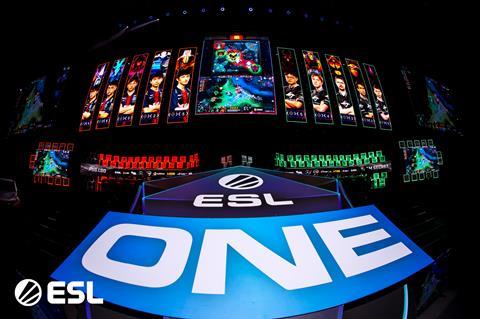 The esports business is on track to be a billion-dollar industry this year with as the number of participants, viewers and content partnerships continue to rise. So, it is no surprise that the media and broadcast industry is keeping a keen eye on this sizeable opportunity.

The appeal for broadcasters is obvious: as more people, primarily aged 18-35, become engaged in esports, it offers a new opportunity to capture the attention of a market that is hard to reach for the industry’s traditional players.

But even though esports is the fastest growing sport in the world today, it is far from new – in fact ESL has been operating in this space for almost two decades.

Simon Eicher is an executive producer and director of broadcast for esports services at ESL. He has been with the company since 2005, when he joined in an engineering role. Eicher, who still counts himself as a gamer, became responsible for all ESL productions globally in 2017.

ESL, he explains, is the “FIFA of esports” referring, of course, to Football’s international body. Like FIFA, it operates major tournaments across the globe, including high profile, branded international leagues such as ESL One and Intel Extreme Masters. It’s latest event – the ESL DOTA 2 tournament held in Birmingham, UK – saw the NEC Arena packed out. Filling stadiums or arenas is a standard day’s work for Eicher.

ESL has “departments covering all aspects of the industry, ranging from sales and services for partners to setting up and managing productions at events,” he adds. 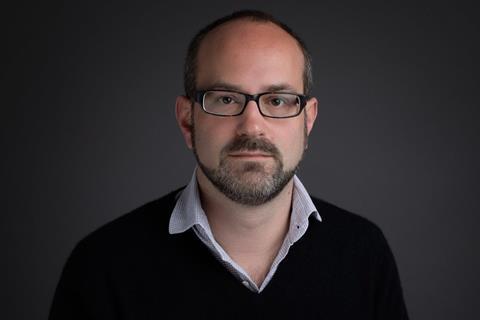 It covers a broad field of services in esports and gaming technology, including storytelling, event management, advertising and television production, to fully cater to the needs of the esports ecosystem.

Globally, ESL spans Germany, North America, the UK, Spain, France, Poland, China. Australia and has partners in many other locations. It has over eight million playing members and has been involved in over 100,000 tournaments since it was founded in the year 2000.

“We have a broad footprint covering the entire globe,” says Eicher. “But that also encompasses multiple companies around the esports ecosystem.”

The companies involved in esports span all sorts of sectors. Naturally, IT companies were early entrants, with Intel sponsoring two of ESL’s major tournaments – the Intel Extreme Masters and the Intel Grand Slam – but other sponsors range from the gambling sector to motoring firms and other sports.

“One key advantage that ESL has in a growing sector is that we are truly global…we are not locked into specific local markets unlike many of our rivals.

“The reach of esports is really huge,” says Eicher, who explains that the integration of social media helps to “drive a high level of personal engagement.”

That connection with its base is one of the key factors driving the growth of esports. That growth is evident in the number of tournaments and the amount of prize money on offer and revenues; a recent report from Futuresource claims there were over 4,400 global esports tournaments in 2018 with prize money totalling more than $200 million – that’s more prize money than you’d find in Tennis’s ATP series. The same report shows that compound annual growth rate for esports revenue will be 18% from 2019 to 2023.

“Esports is able to connect with its audience easily in a way that may be more difficult for traditional sports. You may play the games yourself, so you get the same rush when you win or lose.”

Why, then, is this market seeing so much growth, even though its audience is relatively young?

Eicher explains: “Esports is able to connect with its audience easily in a way that may be more difficult for traditional sports. You may play the games yourself, so you get the same rush when you win or lose – you can understand how the competitors feel and can connect the dots. That makes it different to other sports. Entry to esports is easy too – there are no real requirements.

That idea of anyone being able to pick up a pad and get involved is core to ESL’s philosophy. In fact, the company refreshed its brand earlier this year to reflect that, taking on the tagline: “where everybody can be somebody”.

Says Eicher: “The new brand positioning, ‘where everybody can be somebody’, reflects that founding story of the company that is still very much in its employees’ DNA.”

Streamline solutions
So why should all this matter to the world of broadcast and media? It is simply a matter of finding new ways to engage with your audience, Eicher explains.

“Traditional broadcasters are looking for new ways to engage audiences, especially younger viewers who may not be as interested in traditional TV shows. Esports offers that opportunity. Shorter attention spans mean the industry has to move quickly, and esports is very agile – that means we can develop new technology or integrate cutting edge tools more easily.”

Esports by its very nature is hugely dependent on – and able to take advantage of – technology, which is something that cannot be said of most sports. That also means that, like technology, it changes quickly. Popular games of yesteryear – Starcraft for example – are in decline, while the likes of Counter-Strike Global Offensive (CS: GO), League of Legends and Defense of the Ancients 2 (Dota2) are all the ‘elite’ games. 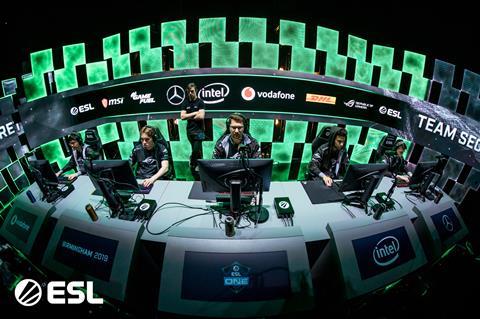 Eicher: “Esports is built on technology…it is by its very nature innovative”

As new games become more popular, or games decline, so the tech around esports changes. “It is built on technology, and because of this legacy, it is by its very nature innovative. It is also naturally agile – we can adopt new technological advances quickly and integrate them into our ecosystem. Because of this, and as the esports market matures, we are keen on finding more streamlined solutions.”

This clear opportunity is why IBC will launch a new esports feature at the 2019 conference in Amsterdam. Eicher will be speaking during the “Understanding esports production” session, which will also feature Ryan Chaply from Twitch, Peter Emminger from games studio Blizzard, and Maxwell Trauss from Electronic Arts.

The IBC showcase, which will take place on Tuesday 17 September, will bring together the leading names of the esports industry to discuss the latest trends and will include demonstrations of esports live on stage. There will also be an esports tournament held in the RAI Auditorium.

How did Eicher get involved? “I began to have conversations around an esports track at IBC in 2018, and the idea has grown from a small showcase at the EVS booth into a much bigger platform.”

There are, he explains, multiple reasons for the growing interest in esports from IBC-goers.

“The general interest is there from the industry with people wanting to learn and understand what esports actually means. It also has a lot of interest from a business point of view – there is the potential to create new revenue opportunities through esports, and that is very exciting from a corporate perspective.”

His aim, he says, is to “remove some of the prejudices that exist around esports” – these include seeing competitors as anything other than serious participants and often stem from the old view that computer games are “for kids”.

It is also about awareness. If you took a straw poll in your office, how many people would know about esports? Now compare that to football or tennis or any other major sport. Despite its recent growth, esports is still outside of the mainstream.

It is, says Eicher, a “very vocal community” but despite that, esports is not yet embedded in the common consciousness. “I meet people in sports who don’t know really know about esports or understand just how much work goes into it,” he adds.

To change that, we have “really cool panels with great leaders in esports” and this serves as a “great way for those interested to learn more” about it – as well as appealing to the casual gamers and those just looking to get a better understanding of the market.

Esports, he concludes, is for everyone: “Everyone can play, everyone can compete, and that close-knit community feel makes it a very special sector. There’s a focus on entertainment over competition, but it is still a type of sport. And it is very exciting.”