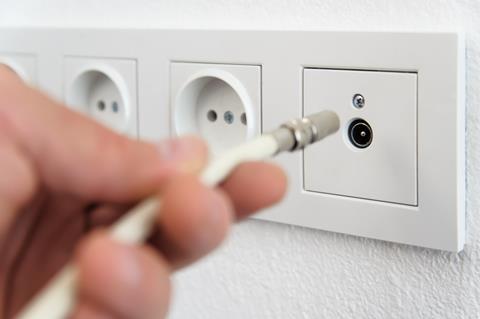 HbbTV Association has announced the release of HbbTV-TA, the first open specification for targeted advertising for live broadcast TV.

The global initiative is dedicated to providing open standards for the delivery of advanced interactive TV services through broadcast and broadband networks for connected TV sets and set-top boxes.

The “new milestone” specification aims to set a standard for broadcasters and the advertising industry to create new business models and generate revenue sources by capitalising on targeted advertising opportunities.

To date, targeted advertising has been “largely restricted to the advertising market on the internet or OTT streaming service” the Association announced.

The HbbTV-TA specification, which was developed in collaboration with the DVB, enables broadcasters to provide specific audience groups with customised advertising during commercial breaks, at the point where the ‘normal’ advertisement on the TV channel’s conventional broadcast feed is replaced on a screen-by-screen basis with a specific targeted advertisement.

HbbTV Association chair Vincent Grivet said: “The release of the HbbTV-TA specification marks a new chapter in the digital transformation of broadcasters. While keeping their unique asset of addressing a large mass market, they can now also address highly differentiated audiences, opening up new prospects for business growth.

“HbbTV-TA is the first open standard dedicated to targeted advertising in live broadcast TV, and it has a huge potential of adoption in Europe as the market is currently highly fragmented with several proprietary solutions.

“The development of the specification follows requests by broadcasters, once again confirming the close alignment of HbbTV with market requirements and business needs.”

The addressable TV capabilities of the new specification also enables personalisation and localisation features which will significantly improve accessibility options for people with vision or hearing impairments, the Association said.

DVB is also releasing its targeted advertising specification that complements the HbbTV-TA specification with a standardised way of signalling the advertisement substitution opportunities in the live TV broadcast.

Last year the DVB-I standard was greenlit by an industry-led group, aiming to ensure linear television delivered over the internet is as user-friendly and robust as traditional broadcasting.