This adds a new layer of scale and efficiency for radio broadcasters managing many digital audio channels between studios. Future support is planned for WheatNet-IP, further expanding Ascent adoption within professional broadcast studios. 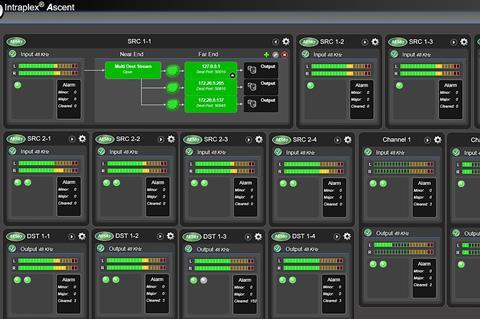 GatesAir introduced Intraplex Ascent as a next-generation audio over IP platform built to transport broadcast and media content at scale. It was built with broadcast and IT convergence in mind, leveraging common off-the-shelf hardware to reduce the costs of multichannel contribution and distribution between many locations. It started shipping last year and there are a number of systems in operation with broadcasters now, including one recent deployment with Livewire+ capability.

Keyur Parikh, vice president of engineering, GatesAir, said: “GatesAir has successfully deployed Ascent with a national radio broadcaster that is sending 32 audio channels between two major studio locations. They are directly connecting to the Livewire studios, providing encoding and reliable transport across public IP networks. Our high-density platform ensures seamless integration into Livewire networks without the need for audio converters.”