Productions looking to produce content with fewer staff on-site and limited IP bandwidth have a new option in the CV730-ND3 PTZ camera from Marshall, which uses the new NDI|HX3 platform to deliver ultra-low latency and improved video quality in less bandwidth than full NDI-enabled cameras.

It uses a premium Sony 4K sensor with 9 million pixels and square pixel array design behind a 30x optical zoom (6.5~ 202mm). As a PTZ camera it boasts a smooth 340° horizontal pan range with 120° vertical tilt, providing a wide range of movement options for capturing high-quality UHD or HD video. 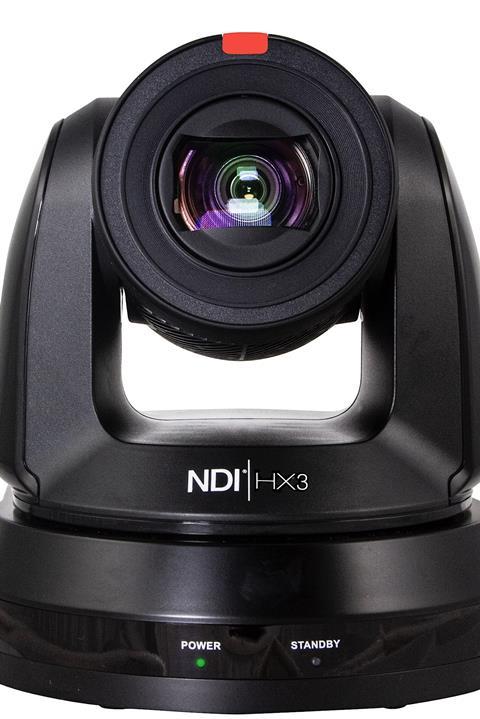 As well as NDI|HX3, it also has standard IP (HEVC) encoding with SRT, plus 12G/3G-SDI, HDMI and USB3.0 outputs, as well as PoE++ for a one-cable to camera setup for all functions (video, audio, control, power and tally). It is easily configurable via a Netgear M4250-series or M4300-series managed AV-over-IP switch.

Tod Musgrave, Director of Cameras for Marshall, said: “With the transition to NDI|HX3, we have greatly enhanced the NDI|HX performance in more challenging network environments while nearing full-NDI latency and lossless video quality. We plan to convert all of our NDI|HX cameras to NDI|HX3 through the remainder of this year and early next.”