UK-based boutique prompting company Portaprompt has updated a range of products, including its 365 tablet prompting system, as well as its Broadcast Premium and Quasar ranges, all of which now have IP upgrades. Also new is the updated mid-budget Fusion Hi Bright prompter series, which now features SDI input as standard, and the company’s Motorised Conference Poles.

According to Jon Hilton, sales and marketing, Portaprompt, the latter “were all over COP26”. 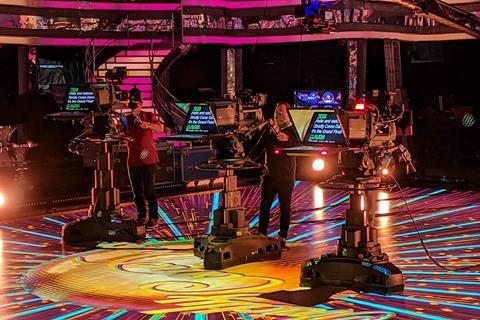 Roll in/out stands are another recent introduction, which allow the prompter to be rigged independently from the camera system. Hilton says these are proving very popular, “especially for streaming or Zoom-style meetings using PTZ cameras”.

Conect with Portaprompt on IBC Digital

For up to 24in displays there is a new carbon fibre pole system to reduce weight while maintaining strength. This offers a new mounting option using a Vesa Plate attachment, which Portaprompt believes gives a lot more flexibility to the system either in direct read mode or for through the glass prompting. There is also a heavy duty stand for 32in displays.

Also newly designed are Telescopic Rods for rigging, including an Extra Long version (315mm to 585mm), which is often required when using the 32in Quasar prompter with a long lens. There are also Short (155mm to 260mm) and Long (265mm to 485mm) Telescopic Rods.