The V-Raptor XL features Red’s flagship V-Raptor 8K VV and 6K S35 multi-format sensor inside an XL camera body. The multi-format sensor can shoot 8K large-format or 6K S35 images, allowing users to capture at over 4K, even when paired with S35 lenses. The sensor offers the highest recorded dynamic range and cleanest shadow performance of any Red camera and captures at up to 600fps at 2K. 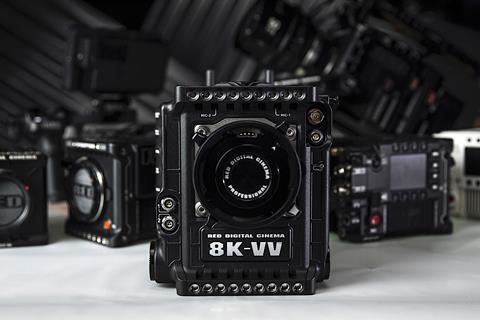 Red and Media.Monks are showing real-time VR with two V-Raptor cameras, each feeding an 8K R3D video stream into an Atem Constellation, which are outputting onto HD VR headsets, as well as a single panel displaying a 360-degree view from the middle of the Red stand.