RobyTower rises to the occasion

The RobyTower made its debut during the Olympic Games in Tokyo and can be used for both studio and outdoor applications to achieve smooth panoramic shots. The system can be used upright, offering a variety of shots from 1.4m to 4.4m high or be installed in a hanging position. 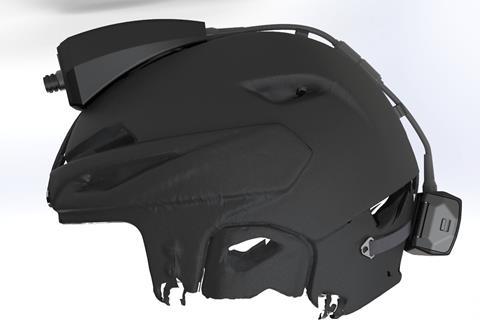 It is built of narrow aluminium tubes, which make it compact and light, and works with Movicom’s line of gyro-stabilised heads such as the RobyHead L and RobyHead R3, but is also compatible with standard PTZ heads like the RobyHead D1. The system is controlled through a regular control panel or a floor pedal for height control. A flat plate is normally used as a base, but it can also be mounted on a wheeled dolly.

Movicom’s Refcam includes a mini-camera, specially designed camera mount and IMT/Dragonfly wireless camera transmitter. The camera can be easily attached to and removed from any helmet, allowing referees to use personal gear they are used to. The whole kit weighs 190g and can be perfectly balanced on a helmet without wires, making it more comfortable.

While it can be mounted on most helmets, such as for hockey or horse-racing, it can also be arranged as a wearable chest or ear-cam setup. Battery charge can last up to several hours and the battery compartments allow easy replacement of the battery during the game breaks. During the production, the camera is controlled from the OB by an included remote control panel.