LTN Global is placing a major focus on ‘versioning’ at IBC this year in order to meet growing customer expectations for different content and different TV experiences.

Rick Young, SVP and Head of Global Products at LTN Global, said it’s no longer just about creating a different flavour of the same channel and getting it everywhere. “That was two or three years ago. Now, it’s versioning and creating targeted content for the specific platform”. 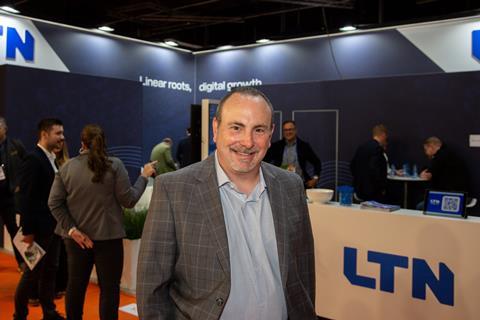 Young: Focus is on creating targeted content for specific platforms

In terms of its own services, the company is concentrating on three key offerings at the event this year: LTN Lift, LTN Arc and LTN Wave.

According to Young, Wave is a service “that’s really targeted at content providers looking to make the transition from satellite and traditional fibre networks, to IP”.

LTN Lift is really about versioning, he said, where you’d “take a primary channel like a sports channel, or a local television station in the United States… and create derivative versions of that on multiple platforms”.

Here, LTN is “working with a large Spanish language OTT platform… to do 5000 or 6000 events over this year, next year and beyond. So, taking a primary… soccer game or a baseball game, whatever sport we’re talking about, and creating multiple versions of that.”