The digitalisation wave has brought artificial intelligence, natural language processing, analytics, and big data into the foray, making it easier than ever for machines to emulate humans. 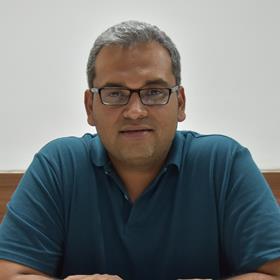 This has made the erstwhile methods of execution of most tasks invalid in this new environment. Content, fueled by data, has become the king and the new electricity which we call AI ― a misnomer ― has machine learning at its core.

It is today that we sow the seeds of that future, or rather, tiny saplings. The era of the customer reaching out to get the product is gone. It is the service now that must seek out the customer, and that too, through peer influence and not the conventional media content.

The ecosystem play
While designing an ecosystem play, it is important to also realise the white spaces in content creation, provisioning and relevant monetisation.

1. Content Creation
Content creation has long been a challenge for content distributors and art studios. Typically, any content creation exercise looks at reusing assets available in the repository, formatting them and then producing them for consumption on a screen.These challenges have become more profound today because of the immense speed available for creating the content.

At Makers lab, we have made a system using the Unity development engine where you can make a story come to life by speaking it out. One goal of ours for the process was the following:

Dynamically generate an animation based on a story told in common speech
In achieving this goal, we first looked at the asset store and there is none better than Unity (the world’s prime engine powering animation and games) and made our natural language unit in Unity itself. The pipeline of work that we are doing is represented below with a simple diagram.

While we do this, we also move camera ports and employ dynamic camera movements to allow the story and animation come to life. While you talk to the system, the system extracts prefabricated content from the Unity story by understanding your intent and placing it to create animation. The image below shows the effect in animation. 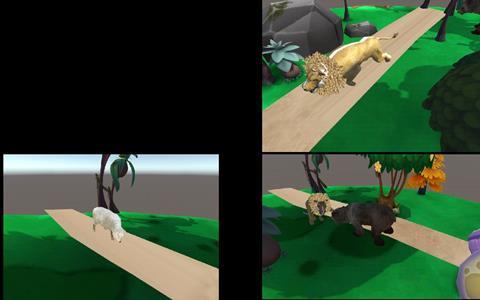 2. Content splicing
Content that is automated and created needs to go to the consumer based on their machines, interfaces and networks. This is where our price to slice solution can cut the content, slice it and price it accordingly to be sent to machines, whether they’re 4K compliant or 8K compliant.

Network slicing technology is being introduced as a part of the fundamental 5G architecture. The term slicing originated in the domain of operating systems where a scheduler time slices the processor computing capacity with multiple processes. But the same has become way more complicated in 5G.

In its simplest form, network slicing is the ability of the network to behave differently for different network applications depending on the requirements of the application. Without delving into too many details, we refer to the architecture below.

3. Content personalisation and monetisation
The content on a particular machine has to be personalised and monetised. This is where our partner solutions of RYFF come in effect. Looking at content and personalising it using AI and ML techniques gives the user a personalised experience which is monetisable. This is also the future of interactive video.

4. Conformance
It is said that data is the new fuel, AI the new electricity, content the new currency and 5G the pipe that mixes all of them together. We just have to ensure that while we do this, we do not create new pollution.

We at Tech Mahindra are cognisant of this facet and while automation, content splicing and monetisation take place, we need to conform to the data so that it is not wrong, not biased and is as per the regulatory norms. A lot of work is being done to ensure that the techniques of AI and ML can help us achieve that.

We at Tech Mahindra believe that content is the new king and that it has a force multiplier effect for both modern telco and media companies. Our efforts and research are typically aimed at driving the ecosystem so that there is a telco-media convergence for monetisation for companies while keeping an eye on regulatory norms and compliances.

Nikhil Malhotra is global head of innovation at Tech Mahindra.

Tech Mahindra"Tech Mahindra’s Media and Entertainment business unit offers unique cutting edge services and solutions that disrupt the traditional model of operations and business models. We aim to be your ‘Trusted Digital Partner that will bring disruptive solutions and services to your business’. Our endeavour is to help our customers deliver the best content experience while ensuring larger revenue realisation from it."