As a company that is synonymous with live events and live video production, you would think that the fallout from COVID-19 would hit Ross Video harder than most. According to CEO and chairman of the board David Ross however, the pandemic didn’t quite have the expected impact, writes Michael Burns.

It’s obvious that CEO David Ross cares deeply for the 900 people at Ross Video, founded by his father John Ross in 1974. It’s also obvious that that sense of responsibility has been richly rewarded. 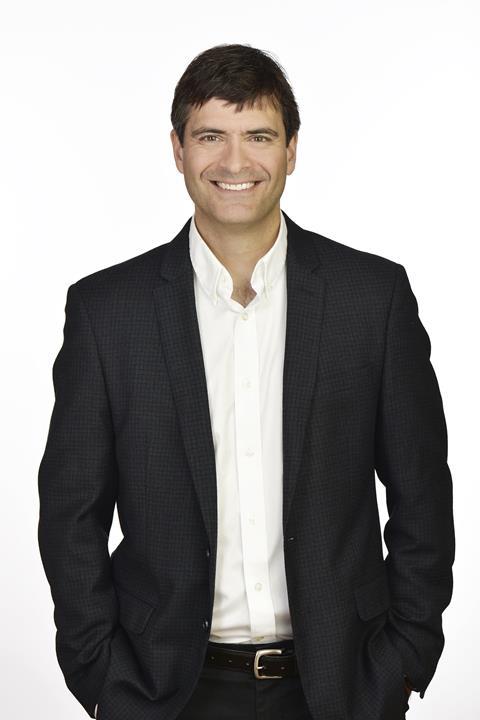 “We saw that business was way down, and we decided to be really cautious,” he continues. “We actually shut down manufacturing for two weeks and rearranged it for the pandemic.”

Then the concept of ‘Lifeboat Ross’ emerged. “We said, we know each other, let’s take care of each other,” explains Ross. The first initiative was four days’ pay for four days’ work; a move Ross says the employees took very positively.

“They could see some of the other companies in our industry and elsewhere doing layoffs immediately,” he recalls. “However, even though we told them we were only expecting four days’ work, a lot of people worked five days anyway.

”As that started, we went from that 30% down back up to level again. Then government subsidies and things like that started to kick in and we actually forecasted that there was no way we were not going to have a good year this year. It was the weirdest thing.”

Whitepaper How to Virtualize Live Production

A couple of months into that bounce back, Ross decided he wanted to say thank you to the employees, “because they did that for us and for each other”.

“So we paid them all back; we gave everybody basically what was a bonus for a couple of months of four day weeks,” he continues. “So that was two and a half million dollars that we gave unexpectedly to our employees - in the middle of a pandemic.”

That’s not all. David Ross also decided to give back to those on the front line and establish a minimum wage of $20 an hour across the company.

“I want to give our development teams extra rocket fuel this year. We have had the most profitable year in the company’s history…it’s time to go twice as fast and take advantage of that.”

“The minimum wage in Ontario, where we’re located is $14 an hour, and the living wage in the area is around $18 an hour,” he says.

“We didn’t have anybody who’s paid minimum wage in the whole company, but we did have some people who were paid around the living wage, some above, some below. I worked out that to get everybody above the living wage significantly to twenty bucks an hour, only cost point three per cent of our overall payroll. I asked human resources to figure out how many people that would apply to, and as for the people that were already at $20, we needed to bump them up a little bit too. It turned out we impacted exactly 100 employees out of our nearly 900.

So it was a really neat day that we announced that we’re making sure that 100 families at Ross Video were going to be guaranteed above living wage. The people who got it definitely appreciated it, but the people who were most proud of it were the people who were not impacted. Which I thought was great.

“It’s been huge,” he adds. “I get a lot of people saying that that was one of the most significant things that they’ve seen Ross Video ever do.

“The pandemic in a way, has been an exercise in social responsibility almost more than anything else,” he explains. “It’s a healthcare crisis, it’s an economic disaster, but it’s also all about people taking care of other people.”

Ross also talks about a responsibility for the environment, already facing a crisis before the pandemic. Across the board, the industry has seen increased demand for remote production, and well-placed Ross Video was no different. “We’ve worked with a number of customers in many different ways to help them do remote production - and in an awful hurry as well,” he says. “Necessity is the mother in event of invention, they say. Combine that with the lack of travel during lockdown, and the lack of driving trucks and production people around and so on, I think that it’s been really green.

“Before all that, our factory is already in a region where 94% of the electricity that comes into the factory comes from a combination of nuclear and renewables, so our carbon footprint is 94% carbon-free, he continues. “One of the things I’ve been thinking about a lot is what about that last six per cent?

“Next year we’re planning a factory expansion that will pretty much double its size. One of the things in the budget is to put solar panels on the roof. So when we do the expansion, we will hopefully be more 100% carbon-free. There’s no law telling us to do this. When you own your own company, you get to do the things that make you feel like you’re doing the right thing.”

David Ross has a background in innovation. While still at high school, he won three major engineering competitions at the national level, while early work at Ross Video during University saw him develop inventory control software, manufacturing test software, production switcher hardware and software. He received his first patent, shared with his father, for the innovative Downstream Multi-Keyer used on the company’s previous line of analogue production switchers. He also helped develop a DVE at Electrohome, designed a simple tape editing system at the CBC, before joining Ross Video full time in 1991, overseeing all switcher product development. CEO since 2006, he’s still thrilled by the technology coming out of the company.

“One of the really cool things is what our Ultrix routing and AV processing platform has been doing,” he says. “Ultrix started as a 12G SDI processing router with a lot of power and capability, MultiViewer and signal processing, and then we added the Ultrix IP blade, so it became a hybrid router. What we’ve released now is the ability for Ultrix with Ultrix IP to live on the outside of very large COTS routing systems. We’re now selling large routing systems as a perfect blend of [IP and SDI]. 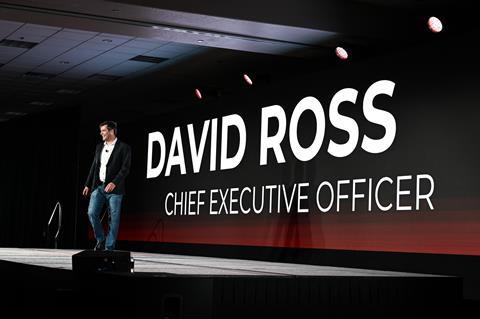 “That’s something that makes perfect sense,” says Ross. “We’re not shoehorning it in – the audio was always there. I think it is a much more efficient solution. We can also add third party audio consoles like Behringer Digital Mixers and then you’ve suddenly got an audio mixer with your switcher.”

“This didn’t come out of product management and it didn’t come out of R&D,” says Ross. “It came out of the technical people in Ross Production Services who basically had no work. They had six or eight weeks where every single gig they had was shut down.”

The team took a system that had been developed for esports comms and basically repurposed it to provide remote production, building, defining and coding it themselves.

“It uses the internet for audio and video connections, but it also allows things like mix minus to be sent back into somebody’s earpiece while they’re doing fast interactions. These fast interactions in the audio and video are handled in the cloud, with the high-end production and all the timing being done perfectly in higher quality, and the master output, being done outside of the cloud.

“You’ve got a lot of stuff out there that people are using [remotely] but it’s not high-end production, not really designed to have mix minus going back into people’s ears and things like that,” he says. “It’s not providing the MultiViewers back to the talent, it’s not providing the control back to remote production people. What we’ve come up with is a distributed system that handles all of those different things and that’s just a web client in people’s houses.

From what we can see there isn’t anything quite like it in the world.”

“We’ve always been a growing company,” says Ross. “This is our 29th straight year of growth that we’re in, and so ‘staying level’ is actually like down 20% for us. I know that next year we’re going to be back to full strength of the growth of the company. And I’m predicting we’re going to hire over 100 people this coming year and finally cross through the magic ‘thousand employees’ mark.”

But while Ross Video has kept afloat, its CEO is well aware of the precarious state of the industry. “It’s an interesting mix, because there’s less ad revenue that’s coming in. There’s also fewer fans paying for things in venue sports events. At the same time, we’re all retooling and trying to figure out how to get through this new reality and we don’t know how long it’s going to take.

“We’ve already gone through phase one which was using whatever the cheapest fastest technology solutions that somebody thought of on the weekend before the show had to go on,” he continues. “Now we’re saying, ‘if this is going to go for longer, we can’t keep doing it that way, we need a more professional solution’. So, there’ll be a second wave of remote production requirements and I think Ross is going to be well positioned for that.”

Ross is also not blind to the effect the pandemic has had on international trade shows like IBC, and the traditional product development cycles that companies base around them,

“I think you’re going to see products get announced a lot later, and longer periods of [marketing] silence. There is something about trade shows that forces development to hit a date. And if you let dates slide to the natural point where R&D wants to have it, you may release it much later than you [predicted]. So, I think it might slow down the pace of our industry but decrease the vapourware at the same time.”

Most of those 100 new people at Ross Video are going to be in R&D.

“I love making products that thrill our customers, that integrate well across the product line, and just do cool new exciting things,” says Ross. “I am still an engineer at heart and when you get it right, it’s a thing of beauty. I want to give our development teams extra rocket fuel, this year. And I think because we have actually had the most profitable year in the company’s history in the middle of the pandemic, it’s time to go twice as fast and take advantage of that and reinvest it back into the company like we always have.”