5G: Benefit or disruptor for broadcasters?

Consumer demand for 5G is high as they look to enjoy live TV on mobile devices while benefitting from greater personalisation and convenience. 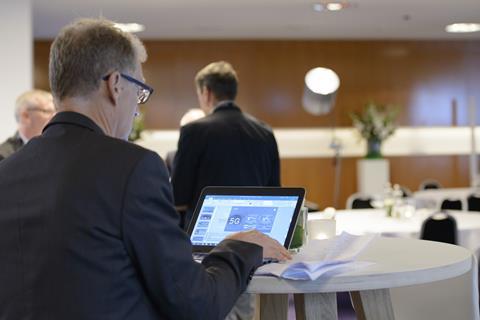 Ericsson’s Henrik Voigt is responsible for technology strategies on media and IoT delivery and optimisation in the CTO’s office.

As part of the panel discussing ’The Value of 5G in Broadcasting at IBC2017, he discussed whether, with streaming video, everybody might become a broadcaster?

“In general, 5G simply means more capacity, but for broadcasters – and behind 5G – we see much greater demand from consumers. They want greater access, more personalisation and mobile usage and convenience in accessing content.”

This demand is truly staggering, and will affect broadcasters.

For example, mobile video traffic is forecast to grow by around 50% annually through 2022 to account for nearly three quarters of all mobile data traffic.

In fact, the share of video traffic approached 60% on tablets in the second half of 2016 and shows no sign of slowing.

By 2022 the number of 5G subscriptions is forecast to reach more than 500 million. Over time, 5G will enable a wide range of use cases for massive Internet of Things (IoT) and critical communication. 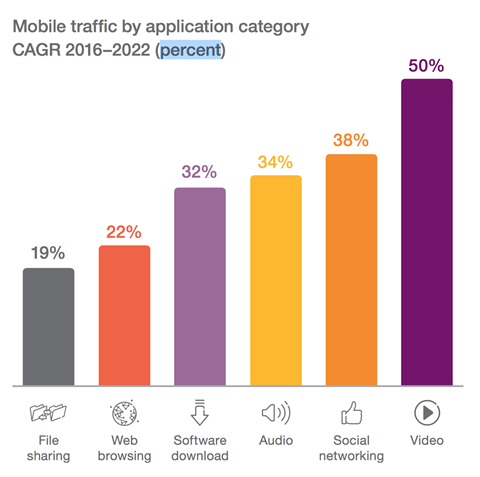 Voigt said Ericsson also saw 5G playing a greater role in delivering live, or as live, content to consumers, even directly to their TV sets.

“5G does all this, including interactivity, in traditional TV. It means that 5G will be, or can be, a complementary service for broadcasters and the media. We see 5G co-existing in these roles, as well as playing a major part in fixed broadband.

“But we also see the mobile access of these 5G services growing in importance. We are sure that the ‘live’ element of TV will come to mobile phones and the other cellular devices, and especially in sport.”

Asked how 5G would cure or help the current problem of network capacity, which tends to suffer when 50,000 or 100,000 users try and access the same content, Voigt said these congestions would be solved by the transmission switching to 4G/LTE broadcast mode (as distinct to one-to-one unicast supply).

Voigt said that cellular operators were already offering multichannel pay-TV services, and that 5G would inevitably increase these opportunities.

“5G is crucial technology in many verticals, including the Internet of Things”

“I would say that multiscreen services are very much part of our focus, but the general trend is obvious. 5G is crucial technology in many verticals, including the Internet of Things. We are collaborating with many companies, such as Microsoft, to ensure success. We also need further standards to be in place, but this is happening.” 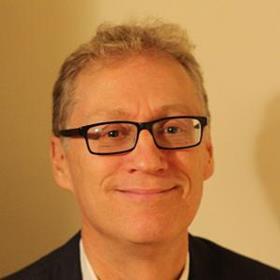 Henrik Voigt is responsible for technology strategies on media and IoT delivery and optimisation. During 30 years at Ericsson and SonyEricsson he has held positions as Head of Development Center, Head of Product Management, VP in Product Marketing and Business Development Director. Throughout these years he has worked to integrate telecom with media, enterprise solutions, consumer products and development communities.