Pivoting in the shadow of the global streamers 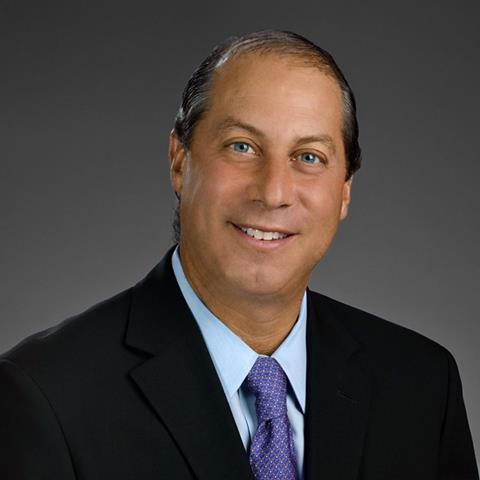 You may have never heard of PUT, but leading US media research analyst Michael Nathanson likes to point to ‘PUT’, an acronym for ‘People Using Television’ when he talks about the big changes taking place in the television landscape.

PUT tracks how often people turn on their TV sets and PUT is in freefall. The biggest recorded drops in PUT are, unsurprisingly, in the younger demographics. But PUT is also falling across all demographics and this poses an existential threat to broadcasters, both in the US and, Nathanson argues, around the world.

Indeed, since 2013, PUT levels of people under the age of 24 have dropped up to 60% in the US. Instead of watching broadcast and pay-TV, these younger demos are moving to on-demand apps and services. “These viewers are not coming back to traditional television,” says Nathanson. “The best a broadcaster can do is play a share game and try to hold onto viewers against other broadcasters.”

Even more worrying, according to Nathanson, is the growing split between younger and older viewers. The fact is that broadcaster audiences are ageing rapidly.

In the US, PUT of the 55 and older age group has only fallen 13% since 2013. “We like to say that people in this demo are watching TV like it’s still 1985,” quips Nathanson. The truth of the matter is that to survive against the onslaught of Netflix and other on-demand services, broadcasters must pivot their business models or risk the continued decline and rapid ageing of their audiences.

“What they have is live, local and news. They must pivot to localisation and regionalisation of their language and their content choices. They have to look more inward to compete. They can’t be buying US content and putting it on at 8pm anymore.”

Unintended consequences
Broadcasters that haven’t been living under a rock for the past five years are aware the media landscape is roiling beneath their current business model.

Nathanson’s formula of live, local and news makes sense, but the devil is in the execution. Take sports. Live sport is still a huge driver of broadcast audiences. But holding onto live sport is getting increasingly expensive and the digital platforms, including Facebook and Amazon, are all experimenting with live sports content.

There’s another problem: “In Europe you typically have three-year windows for rights which makes it difficult – it’s the law of unintended consequences, a competitor cannot build a business very effectively because every three years you have to renegotiate the rights, so you don’t know what you are actually building,” explains Nathanson.

And it’s not just Netflix anymore that poses an existential threat to traditional broadcasters. The biggest US studios, led by Disney, WarnerMedia and Viacom as well as Apple, are all getting into the on-demand game.

”The truth of the matter is that to survive against the onslaught of Netflix and other on-demand services, broadcasters must pivot their business models or risk the continued decline and rapid ageing of their audiences.”

The first big fightback from the traditional media players was to embark on a lot of M&A, led by Disney buying Fox’s entertainment assets and Comcast buying Sky. This re-positioning and scaling up was a ‘Game of Thrones’ moment for media, says Nathanson, characterised by warring ‘houses’ all looking for advantage.

Now the scaled-up studios are pulling back their licensing windows to favour their own subscription- and advertising-supported services. All of the new services also plan to ‘do a Netflix’ and create original programming to showcase on their own platforms. “Scripted entertainment programming going forward is going to be served on demand,” he says.

Of course, creating a ‘Netflix killer’ is not going to be easy, even if you are Disney with a substantial library, proven IP creation skills and brands like Pixar, Marvel, Star Wars, The Simpsons and National Geographic. The story of the past two years may have been around traditional media companies adding scale, but now it’s about embracing new business models.

That said, launching a successful on-demand service into an increasingly crowded market is not for the fainthearted. “I don’t think the move to SVOD is a better business model,” says Nathanson. “It’s also a very uneven playing field because Netflix borrows $10bn to get where they have gotten to, but not every company can do that. It’s really hard for the BBC or ITV or anyone who is not given the benefit of the doubt by Wall Street (or in the case of the BBC, the UK government) to do these things, and that is part of the problem.”

“With a hot show you were always able to create real value for the content creator, but those days are over,” Michael Nathanson

Nathanson also has trepidation about companies like Viacom betting big on advertising-supported on-demand services like Pluto TV. The problem with AVoD is swingeing competition from the big digital behemoths: a whopping 75% of all digital advertising growth in 2018 went to Facebook and Google.

“The challenge for legacy media companies moving into ad-supported digital is that they don’t have the small to medium-sized enterprise advertising instincts nor the targeting capabilities nor the cheapest inventory when competing against Google and Facebook,” says Nathanson. “It’s hard to build a better mousetrap than Google and Facebook have already built.”

“TV doesn’t naturally die as long as they are offering in one fell swoop efficient reach in a market place. If they can give the advertiser the chance to reach X number of people in a market and live, that’s differentiating to what a digital on-demand platform does,” he adds. “But the further you get away from building efficient reach and just giving me demographics, then you’re playing into the hands of the big online players and you will probably lose that battle over time.”

The media industry’s pivot to a direct-to-consumer (DTC) business model is, according to Nathanson, “a weaker business model” than the traditional, pre-Netflix disruption model, at least in the “near term”. But Nathanson explains there really is no alternative but to embrace DTC.

“The reality is that DTC is the model of the future and if you don’t do it then you risk not having a terminal multiple for your business or even a business model as time goes on,” he says.

Can the new WarnerMedia (HBO Max) and Disney DTC services win? Nathanson says the addition of library strength with brand awareness and brand franchises are underestimated and that the studio players stand a good chance of being successful.

Looking forward, Nathanson thinks that there may be a middle ground between the walled garden, subscription approach and a pure, advertiser-funded on-demand model. The poster child for this hybrid approach is Hulu in the US and music service Spotify.

“A model like Spotify is a good example,” says Nathanson. “It has a freemium, advertising-funded tier to get people in and then a premium subscription tier. Of course, what works will depend on each market place and the quality of the offering.”

Whichever of the new DTC platforms survives and thrives, one thing is certain: the model for independent content creators has changed forever.

“This was a business that had residuals and multi-year windows, so with a hot show you were always able to create real value for the content creator, but those days are over. It is going to become harder for those with mid-level overheads to make money in this business.

It’s going to come down to small production companies or large studios. Midsize and large independent studios are not going to be able to exist in a cost-plus model. The fact that Rupert Murdoch saw that and sold Fox should tell you everything. The model has changed.”

Michael Nathanson will deliver the Executive Forums Opening Keynote on Thursday 12 September at 10:45