Cinematography: Where technology and creativity collides

Lifestyles of the rich and famous are all too familiar for cinematographer and director of photography Stephen McNutt, whose credits include Battlestar Galactica, Outlander and Apple TV+’s commission For All Mankind.

McNutt has had a busy career working mainly on television and independent films, he tells IBC365. While Hollywood may appear buzzy and exotic from afar; the preparation, location checks and rehearsals fill his daily schedule in the lead up to cameras rolling.

“Cinematography is the best it has ever been”

Self-confessed “old school” cinematographer McNutt explains: “I am not fond of the trendy power tools but I use them when I feel they are necessary.” 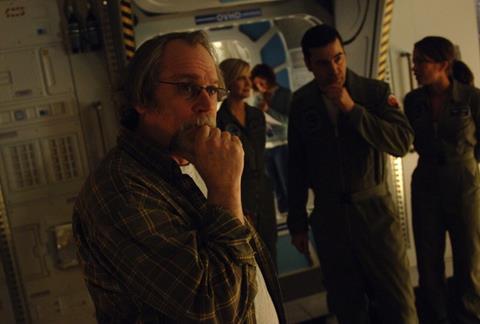 He claims that he cinematographer has “lost control over the final product,” with the rise of new technology. And with it comes the pitfalls, as the power has enabled directors, producers and studios to “voice an opinion on what they’re seeing,” and “input on the colour correction, which is manipulating the art of cinematography.”

However, he notes, the changes to technology - particularly cameras - has came a very long way and ultimately influences everything from pre to post production.

McNutt studied a graduate degree in cinema and kicked off his career in New York where he worked for 10 years, moving his way up the ladder from first to second assistant then operating and shooting on productions to build his show reel.

He began working as a cinematographer exclusively when he relocated to Los Angeles, primarily occupied by television series and independent films.

McNutt has an impressive portfolio of titles - from action drama Battlestar Galactica, where he has worked as DoP, to Caprica, Alcatraz, Person of Interest, Outlander and the newly commissioned AppleTV+ service commission For All Mankind which is currently in post-production.

The partnership with a director and director of photography (DoP) is critical. From fine tuning the lighting to setting up the camera angle, reversing for TV, changing the lighting to match the difference, McNutt met director Ron Moore who took him under his wing and have worked together for more than 20 years now.

He explains: “My first fully fledged cinematography job forced me to join the union for TV and movies. Once you became a member of the union you were out of touch and kind of became an outsider and I was not I the arena, however it opened up for the door for TV for me.”

Evolving from film to digital
A trained and educated “film guy,” McNutt created documentaries on “old cheap and strange video tape cameras” back in his university days where he couldn’t afford to shoot on film or develop colour negatives.

Embracing the digital evolution, McNutt was asked to shoot in digital for one episode of Pasadena which took a month of preparations. 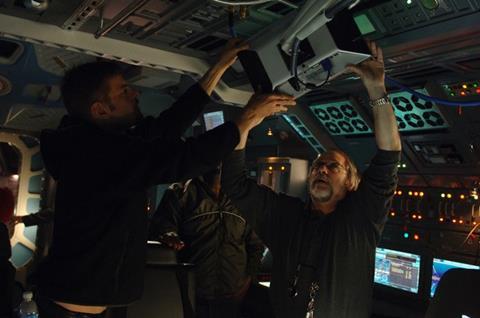 “I knew the digital world was coming and I loved film but I knew it was medium which was viable and the opportunities for the progressive aspect of the image were profound.

“It didn’t look like video tape it looked like film the way video was intended to be captured.”

McNutt had worked on the first two seasons of Dead Zone and the third season was shot in digital.

He explains the somewhat conspiratorial strategy - albeit an easy transition from film to digital: “We had already shot images for the show on film and then we also shot additional images in the sequences in digital and intercut them. We presented the final version to the execs for the show and they couldn’t tell the difference for all intent and purposes. We didn’t tell the network despite agreeing.”

He recalls the Battlestar Galactica network couldn’t tell the difference. However the disparity between the film and TV industry is clear, with television leading.

“The curve is considerably smaller and shorter now for cinematographers, especially as we relied on our eyes and the light metre to bring up or turn down the light metre, while technology today enables automatic monitoring to see the ratio of the light,” he adds.

Trailblazing technology and trends
Looking at his work on For All Mankind highlights how important experimentation is to McNutt.

The team studied old film from the 1960’s and looked at early film and TV in an effort to emulate the right look and feel.

“Video was fairly ugly back in the day but we experimented with different styles and reverse stock and negative stock images made it reminiscent of the time period,” he says. “Basically agree upon some form of cyan and mid tones for period feel.”

Working on an AppleTV+ service commission the network “didn’t get too crazy,” with McNutt saying they didn’t change anything.

The quality of the visual image has increased so dramatically in recent years, McNutt says, but surprisingly the workflows have ultimately remained the same.

He explains: “I care about sensitivity of cameras and For All Mankind we saw a big technology break through.

“The new Sony Venice camera which has two native levels on it is designed to work cleanly without too much noise and the increased the sensitivity of the camera has tremendously changed the dynamic of the look,” He continues: “Where we are going is super sensitivity of film and there are some draw back because you can’t have any lights.” 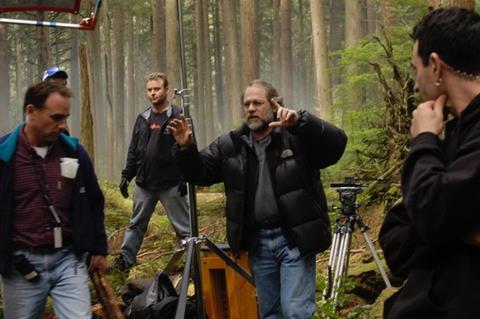 Stephen McNutt behind the scenes of Outlander

While it is a different way of working, it means he needs to be more selective and strategic on ambient lighting.

Highs and lows
A career working in Hollywood, McNutt is so stranger to politics recalling the most challenging learning curve is dealing with the studios from a creative perspective.

“We have a remarkable set of tools at our disposal”

He says: “Sometimes the studio’s opinion on what they need is not in line with what the show needs, which is challenging because the studio is in charge at the end of the day and it’s our job to find the medium point where all parties are happy.”

Creatively he found Battlestar Galactica the most challenging yet the most satisfying, in terms of camera work and special effects. While Caprica was difficult because of the bizarre techniques trying to deliver the audience what they wanted to see.

He continues: “Today, we have a remarkable set of tools at our disposal including shooting with drones, there are interesting gimble tools which steadies the camera and all kinds of new technology giving us tools we could never have imagined before.”

The art of cinematography is a learning curve: “Because of the art of a moving visual image, we can see so clearly the theme in a horror show or the style variation for a drama.

“Often directors have an idea what they want [the show] to look like and basically come in and change the style of the shoot.”

McNutt adds you can’t shoot 18th century Scotland for the Outlander series with a 20th century New York City feel, the audience would disapprove and the series would be damaged.