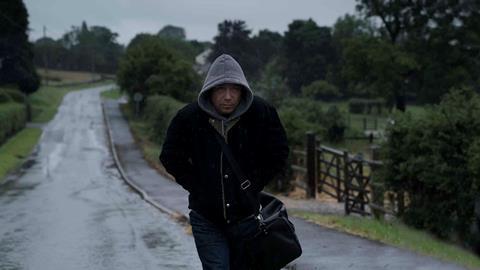 Shane Meadows and Stephen Graham reunited for The Virtues

“We broke a lot of the rules for how you are supposed to make a TV drama,” says producer Mark Herbert about the production of Shane Meadows’ new film The Virtues. 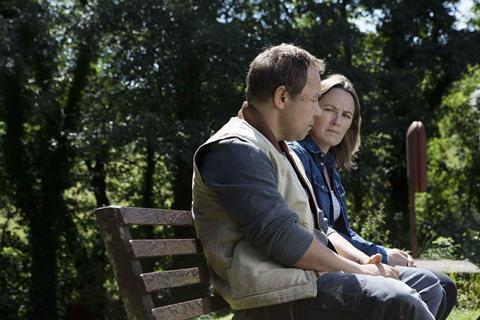 The Virtues features Meadows’ trademark mix of humanity, revenge, tragedy and bittersweet humour familiar from 2004 crime thriller Dead Man’s Shoes and four series of This is England, the Bafta-winning study of British subculture. But it also represents something of a departure for Meadows.

“This is clearly authored by Shane which means it has a huge heart, incredibly powerful performances and that mix of humour he finds in characters and situations, but this is very much a focus on one man rather than an ensemble piece,” Herbert explains.

Stephen Graham (who played Combo in This is England and also features in Martin Scorsese’s upcoming The Irishman) is Joseph, a moral yet troubled man with repressed memories who travels to Ireland to confront demons from a childhood spent in the care system. Helen Behan (also from This Is England), plays Anna, the sister Joseph hasn’t seen since they were separated as children. Frank Laverty (Michael Collins) is her husband.

“It’s a story that Shane has wanted to tell for a while even before This is England began. It’s all about timing. Is there the right actor and right time to tell this story.”

With regular writing partner Jack Thorne, Meadows wrote a ‘scriptment’ for all four episodes but then treated it as a jumping off point open to exploration with the actors.

“The script was a blueprint which was workshopped and changed in rehearsals with the actors,” Herbert explains.

“Sometimes we stopped for a few hours and cracked it before going to shoot it, other times we had weeks of break. That was stressful for myself and the production team but everyone signed up to the process.” Mark Herbert, producer

What was unusual is that this process continued right through filming, with the production often stopping for hours, a few days and even three weeks at one point, in order for Meadows to work through a scene with the actors.

“Shane has to have a truth to everything he films and we both felt that this time around we’d break the conventions of the shoot and reach for that truth a different way.

“Normally for an hour-long drama you’d allot two weeks to shoot it and you block all the scenes together for each location since that’s the intensive and expensive bit of the whole production. What tends to happen is that even if a scene is not quite working you fall under pressure to keep to schedule because you might only have the actors for a certain amount of time. With the way Shane wanted to work we needed to break that structure.”

They set up camp in a disused former school in Sheffield, not far from Warp Films’ offices. It was a space to which the actors could return and rehearse at any time.

Behind the scenes: Shane Meadows directs

Editor Matthew Gray (The Stone Roses: Made of Stone) set up his Avid in the same building so that Meadows could quickly see how things were progressing in the edit.

“It’s not like it was the expense of being in the middle of Soho,” Herbert says. “The rent was peanuts. It was perfect to give Shane the creative space to take a break from filming if he needed.”

Commissioning broadcaster Channel 4 was on side with this based on its previous relationship with Meadows including This Is England. “They trusted Shane and knew that we’d deliver on budget and schedule.”

It helped that The Virtues is a contemporary drama. Trying to do this with period sets which may require street dressing or props hired for only limited windows would have been impractical.

Instead of the classic ten weeks preparation, the show had the luxury of five months. Only when they were ready to shoot were technical crew brought onboard.

“Sometimes we stopped for a few hours and cracked it before going to shoot it, other times we had weeks of break. That was stressful for myself and the production team but everyone signed up to the process. I talked with the crew, many of whom we’ve worked with before, and explained how we were going to work from day one and gave them a deal that encapsulated the whole process.”

Scenes were lengthened, shortened, new dialogue was written, character storylines extended and until the start of episode four they had no conclusion to the drama.

Director of photography Nick Gillespie (camera assist or b-camera op on Kill List, Sightseers and Stan and Ollie) describes the process as “very organic – a really freeing way to work to tell the story” adding that the director’s approach is like “documenting drama.”

“I had used a Panasonic video recorder when I was a kid so when Shane came to the set with one I wasn’t scared to use it. It’s just a point and shoot with old vintage zooms but it has a nice look to it.” Nick Gillespie, DoP

He explains, “From my point of view I was trying to be a little bit invisible, to let the actor’s performance dictate where the camera should be. Rather than locking down focus or blocking a series of shots I wanted to remain flexible to find the moments Shane was looking for.”

To do this Gillespie used multiple cameras, sometimes up to seven shooting simultaneously “to give everyone an angle”.

A and B cameras were handheld ARRI Alexa Minis fitted with lightweight ARRI Alura zooms to which he added locked-off cameras like Sony AS7s with Zeiss fixed speed glass.

A series of flashbacks to the 1980s which pepper the narrative were filmed on VHS tape as a cost-effective alternative to 16mm.

“I had used a Panasonic video recorder when I was a kid so when Shane came to the set with one I wasn’t scared to use it,” Gillespie says. “It’s just a point and shoot with old vintage zooms but it has a nice look to it. We attached a mobile phone to the recorder so we could monitor what it was shooting from a rough point of view and just in case the VHS didn’t work.” 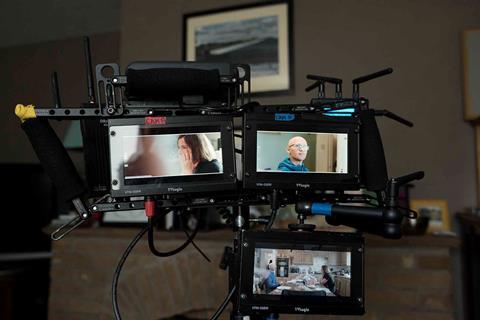 The taped material was upscaled to HD, the mixed camera formats matched and the grade performed at Dirty Looks, supervised by Meadows.

Most interiors were shot in Sheffield and Chesterfield with location work in Belfast, Birkenhead and the Liverpool to Belfast ferry. Shooting was chronological in order to maintain flexibility with changing storylines.

Although the process is in similar to the actor-led creation of much of director Mike Leigh’s work, the big difference here was the starting point of a complete script.

“We had a really solid basis for a story and rounded characters,” Herbert says. “Even for the secondary characters he has developed full backstories. When the actors came in they’d take this on board but bring their own personality and interpretation of the character with them which is exactly what Shane wanted to develop. Shane and Jack had that worked out but if something better came along they had the freedom to change it.

“You can’t go off-piste in this way unless you’ve nailed the basics,” he adds. “Shane doesn’t jump into a production unless he hundred percent believes in it.”