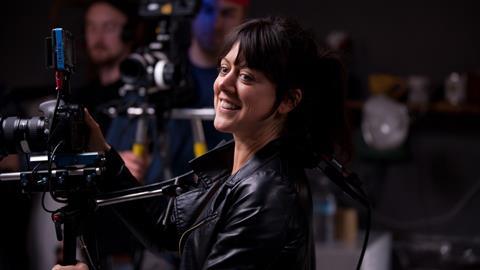 For some cinematographers, it is the technical aspects that make them fall in love with the role. But for Polly Morgan, who’s credits include Legion, Inception and 6 Balloons, it was her love of colour. 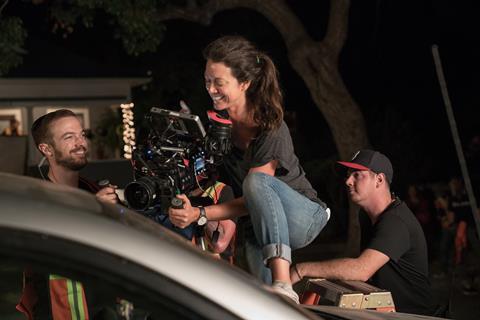 Morgan: “As a cinematographer…we get to look at the world in a unique way.”

Every successful cinematographer seems to possess the superhuman ability to tune into the world with a heightened visual sensibility. Which makes Polly Morgan, ASC BSC, a superhero.

“As a cinematographer, and perhaps it’s true of any artist, I feel like I belong to a secret club where we get to look at the world in a unique way,” the British born DP tells IBC365. “I see little pieces of magic every day. It could be light coming through trees or a patch of sun on a wall or reflections bouncing on someone’s face. When you’re used to looking at the way light interacts with people and movement and colour it really opens your eyes to a whole new world. It’s a very sensual and evocative experience. I can get lost even sitting on train looking at the raindrops on the window.”

It turns out that Morgan was exploring her superpower at a very early age, even if family and school were a little bemused by her behaviour.

“I remember being told at school, repeatedly, that I should focus on the academic side,” she explains. “Doing art wasn’t necessarily thought of as a good thing but that’s where my passion always was.”

Her infant dyslexia goes some way to explaining why film and art spoke to her more than the written word.

“Writing and dictation were always harder for me to grasp whereas I could always remember images. Shapes and colour were ingrained in my mind. I was always able to be more descriptive in pictures.”

Growing up in rural Sussex she spent a lot of time playing outside. “My imagination ran wild. When I was read to as child, I would imagine scenes in my mind’s eye. Sometimes my dad would come downstairs at 5 AM and I’d be there in front of the TV with the sound off, just sitting trying to make a story with images.

“Even today, when I ready a script, it is images that comes to me first.”

When a Channel 4 crew used the family farm as a base to shoot a documentary about composer Edward Elgar, the thirteen-year-old got her first taste of filmmaking.

“They let me look through the eyepiece and ride in the crane. I fell in love straight away. 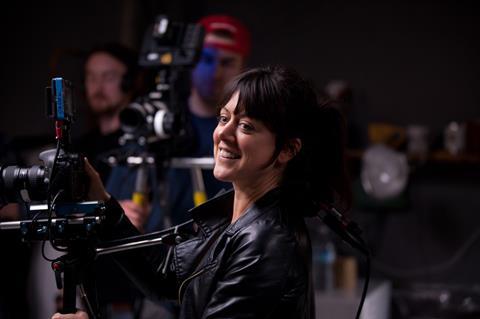 On getting into cinematography: “I kind of knew I’d be involved in TV production of some sort.”

“I kind of knew I’d be involved in TV production of some sort. My grandfather was an artist, my mother is a painter and sculptor and although I’m the only one of my four sisters who works in the arts, perhaps because I’m youngest I was given freer rein to do what I wanted growing up.”

She took a broadcasting studies degree at Leeds University and then a year out in Toronto as PA for a commercials producer before returning to graduate. Then she began working as a runner at Ridley Scott’s RSA.

“When I was a PA someone said it would take 10 years to realise my dream of becoming a cinematographer. I was horrified as I was so hungry to shoot, and I promised myself I’d do it quicker. That was when I was twenty-one and I shot my first feature at thirty-one. Looking back, I wouldn’t change a thing.”

America-bound
America was calling. “Having grown up watching all these stories made in America I always wanted to move to the States. I considered it aged 19 but Canada was less intimidating. It was a stepping stone.”

While working as camera assistant to Haris Zambarloukos, BSC (Murder on the Orient Express), she was encouraged to apply to the American Film Institute in LA.

“I was paying to make short films in my spare time, and I guess he saw that passion in me. He had graduated from the school and had had a wonderful experience,” she says.

“It took me a few years to get there as I still had to pay for it, which isn’t cheap, but I was awarded a Fulbright Scholarship which helped a lot.” 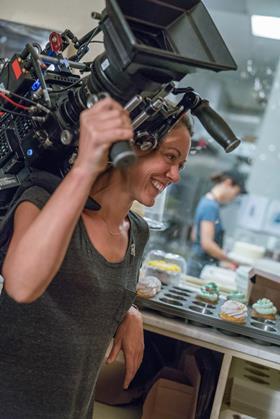 Morgan gained more experience with cinematographers including Wally Pfister, AFC on the set of Christopher Nolan’s Inception (which won the Oscar for cinematography).

“I’m fortunate to have met some really generous and supportive cinematographers and Wally was one of them,” Morgan explains. “Watching him light for 90-odd days on that movie helped give me confidence in lighting. I learned how to work quickly and how to create a mood and feeling without being afraid of the dark. I do like to play with shadows and light and create atmospheric images.

“I also learned how camera and light interact with each other. Rather than concentrate on achieving the perfect light, you light the space and give the actors freedom to move within it.”

Art and science
Cinematography is both art and science and if Morgan seems such a tactile filmmaker you wonder if the technical mechanics leave her a little cold.

“I was very fortunate when I was camera assistant to work on big-budget studio movies. They were shot on 35mm, and everything was done in the old-school way and a lot more complicated than digital. It took me a while, but I studied the books and learned from some of the best DPs in the business and as I shot more and more the technical side became second nature. I learnt to expose correctly, how to light and select film stock and filters.

“But no, I’m not as technical as some. I joke with some friends of mine who are DPs that they should go and work for NASA. They are very intellectual in the way they use technical terms to describe what they want. The way I think, and talk is more emotional and comes from a sense of feeling and colour. It’s a more visual approach, full of colour, texture and contrast. I still love to get involved with testing lenses and sensors or film stock, but it still comes down to how an image makes make me feel.” 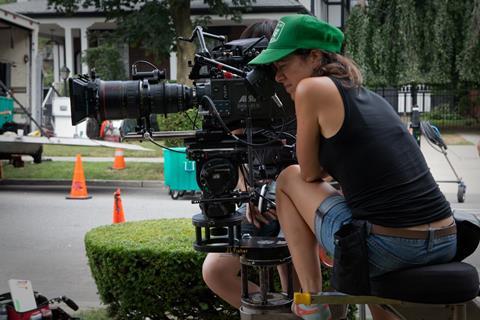 Art and science: “I still love to get involved with testing lenses and sensors”

She adds: “You can fixate on the latest technology, such as capturing the most resolute image possible, but perhaps the better choice for the story, might be a lower resolution and a softer more evocative accent.”

Morgan shot her first feature in January 2011: Junkie, directed by Adam Mason, followed by the indie The Truth About Emanuel and has since shot 6 Balloons, episodes of BBC psychological drama From Darkness and CBS historical drama Strange Angel as well as filming additional photography on FX’s anthology series American Horror Story.

Now based in LA, she recently finished lensing Lucy in the Sky, the first feature from Fargo creator Noah Hawley with whom Morgan had worked on Marvel Comics’ serial adaptation Legion. The film also reconnects Morgan with actor Natalie Portman from Morgan’s time as assistant camera on V for Vendetta in 2005.

Inspired by the real life of NASA Captain Lisa Nowak, Lucy in the Sky is about an astronaut who returns home from a long mission and finds herself losing her connection to her family.

Morgan says: “The story of a woman’s journey of self-discovery resonated with me. When I spoke to Noah, he wanted to be authentic in his storytelling and approach the material in a very visual way. We connected on the idea of emotion and texture.”

“We used frame size as a tool so that when a character feels free, we open up the aspect ratio and in other scenes we close it down to express their claustrophobia,” Morgan explains.

“The process of filmmaking is always an evolution. When I read a script all the images flood to mind, but these are isolated until you begin to work with others. You work with the director to ensure that their vision and feeling for the film are aligned and then there’s a lot of teamwork over many months to bring this to screen. But the part that still gives me goose bumps is seeing images that I only imagined come to life. That is the most incredible feeling.”