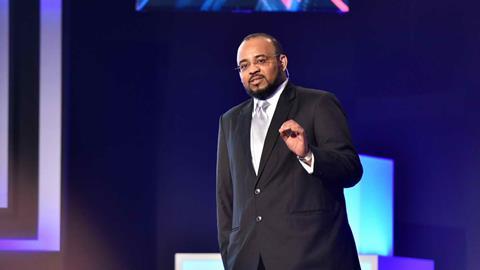 The key challenges facing the broadcast industry are not just to do with technology, according to Al Jazeera’s Mohamed Abuagla.

“Capex is becoming harder to justify these days - opex is the way to go,” he says.

“My budget is now 93% opex and we’re trying to push that further. The benefit is that you pay for what you need. You don’t buy things ‘just in case.’ You can scale your operation.” 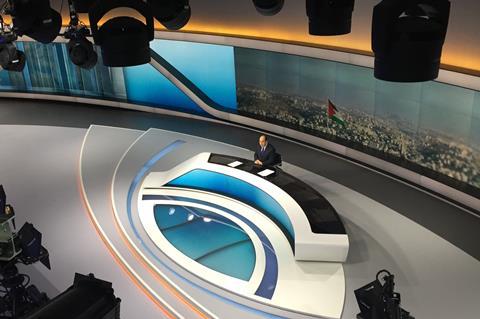 But technology and operations are not the most important element in his view.

“It’s the culture – it’s the people – people need enough open-mindedness to understand the tsunami of change is happing – it’s not avoidable,” he says.

“We need to get the culture to change and that’s people. In my view, it’s all about people. That’s the biggest opportunity.”

“That’s going on in real time, having to work hard to advance the project features and requirements while continuing to run Al Jazeera,” he says.

However, Abuagla’s first experience with media was in medical imaging.

“It’s pretty much the same mind-set as broadcast,” he says.

“You have large video files or images that need to be available, searched indexed, and cropped in a way that makes sense to medical professionals. You also need to work out how to transmit those files over satellite and fibre.

“And you have media files that need to be moved across geographic regions. There’s even a sort of pre and post production involved. If you take away the names of the providers, you have solutions that are basically the same as broadcasting,” says Abuagla.

He points out that other industries such as oil and gas, medical, and others all move media over the same types of networks.

His experience in dealing with e-learning exposed him to many of the same challenges as broadcasting, such as developing things for mass consumption.

“Having this sort of experience made it easier to move into the broadcasting space” he says.

Abuagla made the move to Al Jazeera for two main reasons: first, he liked the mission of the organisation, and second, he understood the need for transformation.

“I found a good fit for my skillset and the aspirations of the organisation, and that’s how we make it work,” he says. 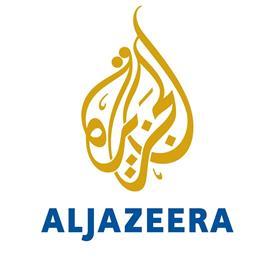 Al Jazeera explained
Al Jazeera is a state funded satellite broadcaster based in Doha, Qatar. Launched in 1996, the broadcaster now operates 10 channels in multiple languages in over 100 countries.

It has 80 news bureaux around the world, second only to the BBC in number. The broadcaster runs its European news gathering, current affairs programming and live evening news output from the Shard in central London.

Al Jazeera has been caught up in an ongoing dispute between Qatar and its Gulf neighbours Saudi Arabia, the United Arab Emirates and Bahrain. As part of a long list of demands the Saudi-led group has called on Qatar to shut down the TV network.

He finds the culture of broadcasting somewhat different from the other industries he’s worked for.

“The most interesting part was that it felt like a very specialised closed culture, not that easy to get into,” he says.

“And you see the same people circulating around the industry. There is some resistance to people coming from outside of broadcasting. It’s kind of tough to break into.”

“But, all industries are now moving into video – because of that, it seems like it’s the right thing for broadcasters to break out of their shell and move into the IT space,” he says.

It’s important to understand how to deal with disruption in the industry, explains Abuagla. “Some 60% to 70% of internet traffic is now video – the IT companies will want to have a stake in it. It’s time for broadcasters to open up to that. IT disruption is opening things up to the world, allowing all sorts of people to express themselves using technology.”

“This change is an exciting project to be part of and five years into it, it really feels like a worthwhile journey,” he says. 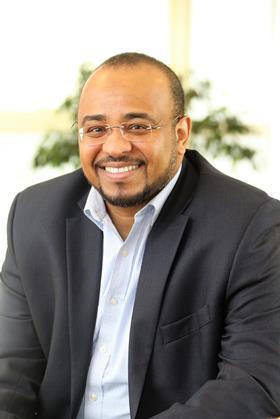 He began his career as an engineer and then moved on to project management and systems architecture. From there he shifted focus to mostly Infosec and cloud computing. After working in those areas for a few years, he then became interested in media, which led to his working for Al Jazeera.

Abuagla’s day-to-day working is anything but routine.

“We work in an organisation where no two days are normal,” he says.

“I am responsible for all the IT, infosec, satellite, broadcast ops, production, postproduction, and everything in between,” explains Abuagla.

“It’s a challenging organisation to work in with so many different priorities – I have to keep teams focused. We work to deliver value to the organisation and keep people satisfied.”

His aim is to deliver the greatest benefit from new technology. “It’s not about just getting the latest kit that money can buy. We must get everything working together,” he says.

“On the IT side we need to become more ‘cloud first, and virtualised,’ and move away from hardware and become more software driven,” he says.

But it is not only about technology.

“We need to make sure the journalists and storytellers are engaged in the transformation – trained and engaged,” says Abuagla.

“Paperless, cloud first and mobile first are the three top things we are doing. We are not simply digitising the paper processes of the back office. We are questioning if the policies we have are relevant and still make sense for the ambitions of the organisation. We’re taking a true deep dive,” he says.

“We need to figure out ways to change, expand and improve what’s going on in the industry and around us.”

Abuagla is focussing on developing the skillsets of the engineering teams to be able to deliver the new technologies. He wants to ensure that people are trained so they can be, “part of the future, not part of the past.”

He is taking a hybrid approach by training existing people so they can upgrade their skills.

“We tell them why they need to learn and how the nature of the technology is changing, so they will need to know how to operate the new equipment,” he explains.

“We provide them with the tools and training to do that. Some adopt it right away. Some will be a bit slower, but learn the new technologies and will become good administrators and facilitators, and some will naturally phase themselves out.”

“We’ve also moved functions and people around between organisations, to help people have a full understanding of how the transformation is going to work,” he continues.

“Breaking down silos to have an integrated workspace. That’s a big challenge with a team of 1,000 people, but most of the transformation has been going pretty well.”

When it comes to implementing change he says there’s not a big pool of people outside of the industry to call on.

“We had to become industry leaders in the space because we’ve been aggressive with our technology transformation. All new hires need to come in with an understanding of what their new hat will be – we make sure we get people who have the ability to get the skills that will be needed. We now need people who can understand IT stacks, software administration, networking, etc. The broadcast skills become administrative tasks.”

Abuagla stresses that Al Jazeera’s partnerships with vendors and suppliers has been very important.

“We are able to sit down with the suppliers and define use cases - becoming a group of trail blazers rather than followers in the development community.” 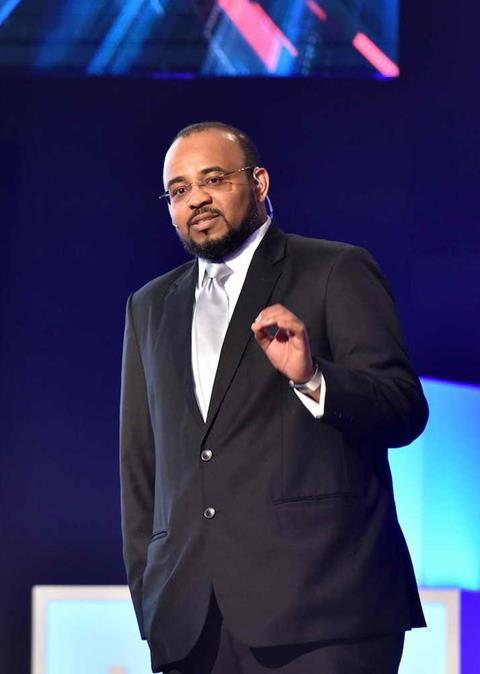 “It’s not just a techie conference – the editorial side is represented – production and operations are all part of the conversation, says Abuagla.

“The topics are the headaches that the industry has – Infosec, cloud, AI, automation, what is smart content, what does the newsroom of the future look like. We’re really looking forward to repeating that next year.”

As to what stimulates him about his job, Aguagla says,

“The potential is high. When I think about what we can accomplish to transform the TV business by integrating it into the future plans for AI and cloud solutions. That’s what gets me excited.”

“We are currently developing apps that provide a variety of different interfaces that allow a high degree of collaboration between different silos – editorial, archivists, journalists, storytellers,” he says.

“We’re building collaboration teams that can develop solutions by looking at things from a wide range of perspectives. We can work in a much more dynamic and integrated way.”

“We’re very much self-sustained – we’re becoming our own systems integrators in a way. We want the suppliers to up their game – help me integrate and develop in a way to make things better,” says Abuagla.