From founding an OTT startup to strategic monetisation and localising content, SVP digital and general manager at Discovery’s Dplay Winradit Kolasastraseni tells IBC365 that content is king but customer experience is a top priority. 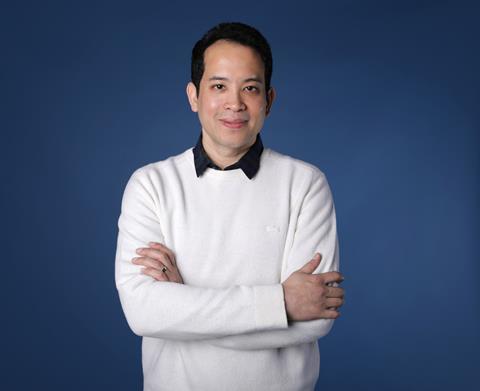 With the traditional linear television business in decline and audiences consuming an increasing amount of content via catch-up and on-demand services, Discovery created online video-on-demand service Dplay as a companion to its free-to-air television channels.

“For a media company we have a different mentality than trying to preserve our branding position which is typically a channel brand,” Winradit Kolasastraseni says: “So it did require a lot of very transformative thinking and debating and plain old negotiating with the incumbents.”

While Discovery’s head of international JB Perrette who joined the company in 2011 was in the midst of changing the paradigm to expand the Discovery portfolio; he approached Kolasastraseni to relocate to London where he would head up a small OTT service called Dplay.

At the time Dplay was only present in the Nordic markets, but today the service operates in Denmark, Finland, Italy, Japan, Netherlands, Norway, Spain, Sweden as well as expanding last October into Ireland and the UK.

Having worked in technology and telecoms for most of his life, Kolasastraseni previously held executive positions at Microsoft and Cisco with a stint at Thailand telco Dtac for four years. He left the corporate world about seven years ago when he founded his own startup company in the OTT space.

“It was predominately a tech-focused startup where we were doing our own OTT video streaming white label for some very large clients in the region.”

He launched the first mobile broadcast service on the number one mobile telco carrier in Thailand AAS with his team, premiering with the English Premier League, one of the “first in Asia to launch a full mobile 360-degree match”, with one of the most expensive content offerings on the planet.

After he sold that company, he raised another round of funds and formed a new company known as Prime Time which was the first aggregated OTT service in South East Asia. He adds: “[It was] the first to license content from major Hollywood studios, we were one of the original founding members of the industry.”

With few incumbents in the region and internationally “it began a fully fetched OTT and horizontal vertical streaming service working both on OTT and live streaming,” he says.

Kolasastraseni’s attributes his vibrant career background and success in the Asian market to his technology background, gained delivering live events to pulling simulcast from pay-TV operators and points to the industry. His career came full circle with his focus on innovation and discovery at Dplay.

Destination Dplay
“Dplay was a small project to see how we can scale our own OTT offering in markets where we are reasonably large because of the broadcast nature.”

Looking back at how far the operation has come, Kolasastraseni explains “originally it was a pilot,” because Discovery had traditionally not been involved in digital offerings, with its only notable digital service the Eurosport Player where the team was about to embark on its first Olympic broadcast having won the rights in 2016 to PyeongChang Olympics.

He says: “It was actually a quite interesting experiment for the company to start doing it this way, in a market where we traditionally haven’t really done anything apart from having a large commercial share on linear business.

Under Kolasastraseni the team worked to scale quickly “with a lot of trial and error on product experience and more differentiated content”. He adds: ”We really pivoted really hard on making it become the place where you can actually watch digital exclusive shows, you know some of the best shows that you can see on in Norway TV Norge, which is one of our largest channels or 10FM, which is the channel five In Sweden, Dplay is the destination for those shows.

A lesson learnt was the power of a paywall, he explains, on an exclusive basis using digital “you gain traction” and realise more investment is required.

“So, we are starting to invest more and more and looking to pivot partly on new strategic nature with channels, making Dplay more of a master brand for all UK channels that we have in the market.”

Its successful expansion into Ireland and the UK comes from its triumph in the Nordic regions that Kolasastraseni says is a “small market but the most advanced and sophisticated by the industry.”

He continues: “Digital being distributed in that region is a nice way for me and the broader team to make inroads and last year we started looking at matrixes that digital growth companies would look at.”

Money matters
Dplay wants to cater to audiences by offering them a lifetime of value which shifts the strategic direction to performance-driven marketing in a bid to acquire users at scale.

“For us, content is always going to be king but customer experience with the player on the product side is a top priority for me and the broader company, he explains: “We don’t compromise the customer experience if sometimes that means losing money because some experiences are not really optimised and some advertising might be too much.”

He explains that in hindsight scaling back advertising was the right decision but not easy to swallow the monetary loss. However, ultimately if the reduction in ad loads means audiences are engaged in the content it will make money.

Admitting it was “very difficult” he says: “Digital monetisation is far from the ideal state and TV is still commanding the lion’s share of the business of distribution as well as ad sales.” 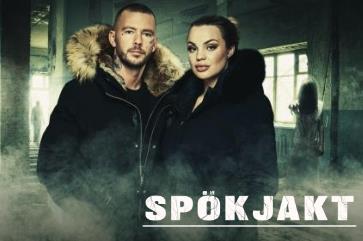 When Dplay reached the point where it had scaled up to the point it was able to finance its programming independently “it was really encouraging” and as such now invests more in content.

Pointing to audiences under-35 in the Nordics, Dplay “will consistency come up on driving social conversation,” while its iconic series carrying more than 20 seasons has been “an interesting problem to solve,” he explains.

“It’s a different mentality when you look at programming marketing perspective and brand building engagement platforms.

“Carrying new segments in line with traditional TV audiences which are changing every day and the way they consume content is interesting because it’s beyond content production but how do they follow the fans?”

Integrating experiences across a variety of different platforms covering water cooler moments is a shift that changes production from an episode to creating dialogue 24/7 on social platforms.

However, Kolasastraseni notes that “sometimes it’s not straightforward… generically in the last 12 months, there has been a rise in social but performance space marketing can’t tie social with conversion to an OTT platform.”

Using performance marketing on what he describes as the “mega platforms” that includes both Facebook and YouTube, is a move to build communities and engage with social converts.

Going OTT regionally
Working in 10 different markets with a variety of content slates requires the right traction and gas produced different learning outcomes based on a combination of decentralised and centralised analytical tools that work with data capabilities and product experiences.

“It allows our local team to define what that mix looks like,” pointing to the Netherlands player which launched 12 months ago, and its core demographic is different entirely to the Nordics and Japan.

The Nordics are younger and slightly more skewed while in the Netherlands its almost exclusively women.

“Once you start seeing growth and you define windowing a lot more deliberately on how you are placing content – we use a lot of data to benchmark.”

The “multi-talented team” have become accustomed to juggling linear and digital, with a lot more data that goes into scheduling in Dplay and the networks.

While its main competitors are looking to scale to leverage scripted brands and building networks based on shows, Dplay is a very local offering.

Kolasastraseni explains: “Dplay is content discovery-based and for us, that is an encouraging sign that people are finding their feet with our content… Discovery is a complex beast in that way but it is also one of our key differentiators to other networks.”

Is content or convenience king?
“80% of what we do today is looking at what the best traditional TV shows work on traditional media because it also has to work on digital and doesn’t haven’t to work on linear anymore, which is a different mentality from 12 months ago.”

Looking at the core demographics of its talent, stories and audiences has proven that “great content can work on any platform,” he says that will never change. 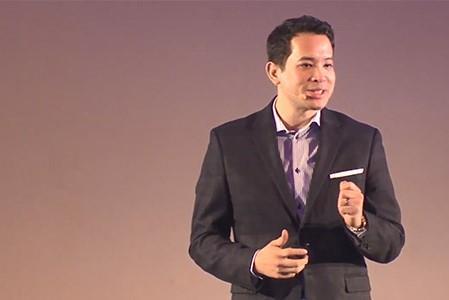 The key to Dplay’s success has been its ability to experiment, admitting it has had its hits and misses, it has seen low production costs having a huge return and the meshing together of science and art proving “an interesting debate as part of the commissioning process.”

However, it is not without its stressors and “the churn of customers is the biggest energy for Dplay and OTT services,” he says: “Our churn rate is still high but has reduced more than 30% in the last 12 months. If you can’t give a consumer compelling enough reason to stay on your service and for us, in the Nordics, they do churn but they come back because they love our shows so much.”

Retargeting customers costs less than targeting new demographics, he says: “The proper way of doing this is you want them to expand their horizon and consume more content on different platforms or a family-based offering; that is also a vision most people have accepted Netflix has not got to yet, they just have so much content.”

Looking at sports fans in the Nordic regions, according to Dplay’s research they tend to watch more documentaries which is an appealing link for Discovery’s heritage factual content.

“It is an evolution, and no one is super successful in the media OTT space, the only player doing better than us is Spotify, but it is also a very different type of product.”

Dplay is looking to become a super aggregator: “We are launching Allsvenskan Swedish football league, exclusively on Dplay and it is a big experiment for us.

“It will be really interesting to see how we merge and expand the lifetime value of our consumer as our bread and butter, Allsvenskan and also some other rights. We are becoming more like the UK’s Now TV proposition in the Nordics.”

He adds: “We want to scale our service to become a household provider,” its main vision, particularly in the Nordic region, is to become one of the top three OTT providers in order to compete with Netflix, HBO and the soon to launch Disney+.

“We are closing in on all of these partners, but we have to find out feet in these markets and content for scale in a way that fits into our mantra - lifetime value of the customer.”