William Lewis, reporter, editor and media executive is part of the future of news – and a relentless opponent of fake news in all its forms and those who facilitate its spread.

Lewis, who as the feisty Editor-in-Chief of the Daily Telegraph oversaw the award-winning coverage of the MP’s expenses scandal in the UK and is now Chief Executive of Dow Jones. 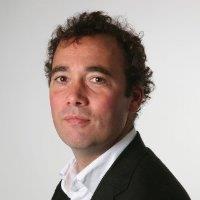 For Lewis, who is responsible for everything from the Wall Street Journal to US business magazine Barron’s, the importance of real, properly researched and authenticated news has never been greater.

In the wake of the election of President Trump and the growing controversy over fake news and “alternative facts,” the Wall Street Journal launched an advertising campaign to try to lift the overall number of its subscribers to an unprecedented 3 million.

IBC2017 William Lewis will speak at the Leaders’ Summit and as part of the Creation, Consumption & Corruption: The New Architecture of News panel (Thursday 14 September)

The slogan read: “Where You Get Your News From Has Never Mattered More” and the campaign also emphasised the threat posed by the proliferation of fake news online.

And Lewis does not mince his words when talking about the role of Google and Facebook in spreading fake news.

Lewis had warned of an accident waiting to happen because, he claimed, the algorithms of Google and Facebook have failed in the past to differentiate between Wall Street Journal news and fake news.

The WSJ publisher has even accused the technology giants of “killing news” by hoovering up a disproportionate share of digital advertising, sometimes on the back of unreliable, or hate-filled, information.

It is a plea that is increasingly being heard as the technology giants move to acknowledge their role as publishers as well as distributors of information. Facebook, for instance is hiring no less than 3,000 new staff to check facts and remove unacceptable videos from their system.

Lewis is proud of the WSJ’s coverage of the presidential election coverage, which he argues subjected both candidates to detailed scrutiny without endorsing either.

He is equally proud of investigative reporting that has exposed corruption in Malaysia and raised serious questions about a $9 billion Silicon Valley start-up, Theranos, which claims to be able to carry out 240 different medical tests from drops of blood.

Whatever happens to fake news in future Lewis promises there will be no dumbing down at the Wall Street Journal –“ no cats on skateboards or 10 reasons why Donald Trump’s hair might be real.”

But the fight against fake news, and for a fairer share of digital revenues, are not the only battlegrounds that Lewis faces.

The biggest challenge of all is to create a financially sustainable model for media businesses such as the Wall Street Journal – and that involves an endless process of digital transformation.

Lewis absolutely believes such stability is possible by continuing to emphasise the importance of print and boosting digital subscriptions while expanding mobile and using data to drive cross-platform deals.

The Dow Jones chief executive has also been using video and television tie-ins with online operators such as Netflix in the search for new streams of revenue. 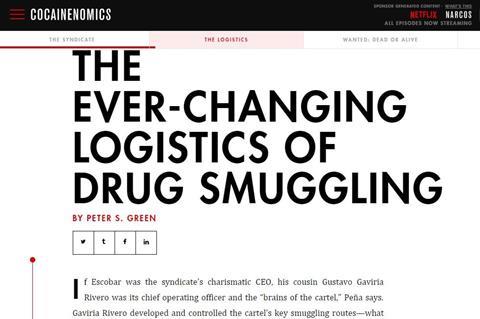 The new material included video interviews with drug enforcement agents and reviews of cocaine as an international business.

For Lewis it is the WSJ’s ability to charge subscriptions for its news, lessening the group’s dependence on fickle advertising, that marks the crucial difference compared with many general American newspapers which he fears have been heading for “a death spiral”.

Other parts of the mix include the WSJ + club which offers benefits such as access to ebooks published by HarperCollins, which like Dow Jones is part of the Murdoch media empire.

To try to reach younger audiences the company also launched a WSJ City app in London with bite-sized chunks of information including some stories from The Times.

Despite the advantages of subscription and attempts to broaden the base of the Dow Jones audience overall, the Wall Street Journal has not been immune from the challenges facing the newspaper industry across the developed world.

In October, Lewis responded to a 21% fall in advertising revenue in the previous quarter with an 8% cut in costs, a process that hit newsroom jobs not just in New York but in Europe and Asia.

Overall Lewis remains optimist about the future of the Wall Street Journal and of news and by 2020 he believes he will be running “ a multi-platform operation with print at the heart of its DNA but in a full digital company.”

And by the time he speaks at IBC later this year, that target of 3 million subscribers should have been met.