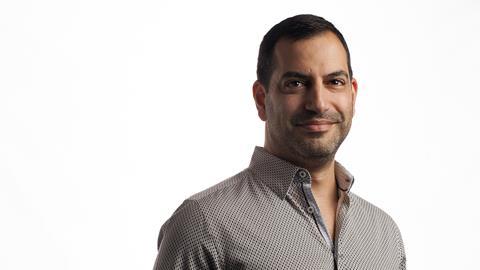 How are you planning to harness the rise of fan and friend power with the launch of Facebook’s ‘Watch’ tab of original content?

People are increasingly coming to Facebook to watch video. Last year we launched the Video tab in the US, which gave people a predictable place to find video on Facebook.

Now, we’re taking the next step on this journey with Watch, which is a platform for shows. We’re taking everything we learned from Facebook Live and the Video tab to create a place where people can discover and experience shows they love with their friends and community.

When will Watch launch in Europe?

We’re starting in the US and will be gathering feedback from people and publishers, but we’re looking to expand Watch to other countries in the future.

IBC2017 Daniel Danker opens the keynote conference session with Fans, Friends and The Future of Broadcasting on 14 September in the Forum

How has Live informed your use of video on the network?

Live has been powerful in showing us how video on Facebook connects communities and brings people together in real time. We’ve also seen publishers use Live to create more intimate and authentic experiences with their audiences, bringing them behind the scenes in a way that feels different than any other form of media.

People’s comments and reactions to a video are often as much a part of the experience as the video itself. We’ve seen that people comment at least ten times more on Facebook Live videos than on regular videos.

We think Watch will be home to a wide range of shows, from reality to comedy to live sports and shows that bring communities together and tap into the things that make video on Facebook so unique.

The kinds of shows I’m excited about include Real Madrid’s Hala Madrid, which gives the passionate fan community a front-row seat; Motivational speaker and life coach Gabby Bernstein also has a show that uses a combination of recorded and live episodes to connect with her fans and answer questions in real time, as well as a Facebook group linked to the show where fans can connect in between episodes.

How does this differ to You Tube’s offering?

”Video on Facebook can be personal in a completely unique way”

What makes video on Facebook unique is that you experience it through your community - through tagging, sharing and commenting. It’s a shared experience. And because of that, video on Facebook can be personal in a completely unique way - based on your friend graph and interests, making the experience richer and more personal.

On Watch sections are personalised, suggesting shows to watch and follow based on how your community is reacting to them (Most Talked About, What Friends Are Watching).

The viewing experience leverages the social nature of Facebook as well. While watching shows, you can see what others think as you watch, and dive into Groups that are related to the show.

For publishers, this provides an opportunity to cultivate community and conversation around the content they create.

Why did you decide to go down the mainly short form route, rather than launching longer form shows on the platform?

We think that there will be lots of different lengths of shows in Watch. The only requirement is that the idea is episodic. Nas Daily [one of the creators with a Watch show] publishes one motivational video per day and his episodes are just 60 seconds long. On the other end of the spectrum Major League Baseball is broadcasting one Major League game every Friday night.

Are live events an area that Facebook keen to expand on?

Sports have the power to build and connect communities. This aligns closely with our mission, so we feel Facebook is a natural home for live sports games. Much of the content from the live sports deals we’ve announced this year (for example, MLB, Major League Soccer, Liga MX soccer) will have a home in Watch. We’re excited for Watch to become a destination for these games. 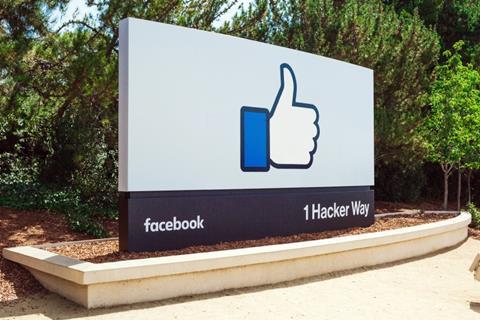 What’s the business model for Watch?

Watch is a platform, and we want any creator or publisher to be able to make a show. Since we’re very early with Watch, we’re starting with a small group of publishers and creators, and will open up more broadly in the future.

We’ve helped seed the ecosystem with a small percentage of the shows at launch, and over time, this percentage will become even smaller, as more and more creators share their shows on Facebook and monetize through Ad Breaks [a feature that allows Facebook Live creators to insert ads into broadcasts] and branded content.

Do you think that social networks could play a role in shaping the future of TV. Can Facebook do this without stepping on broadcasters’ toes or cannibalising their content?

Above all, our goal is to be a platform for great shows created by our vast ecosystem of broadcasters and creators, so that people can discover and watch shows they love on Facebook. Watch provides another way for publishers to tell their stories on Facebook and develop a highly engaged audience that comes back for new episodes.

What percentage of TV do you personally watch live?

Don’t tell anyone, but I’m not much of a sports nut, so most of my live viewing on TV is news.

The eclipse is a great example: watching the sun’s corona emerge around the moon can be just as thrilling a few hours later, but experiencing people’s excitement through comments from around the world was especially magical while live.

Daniel Danker is a Product Director at Facebook, leading product management of the company’s video product and Facebook Live. Danker joined Facebook in January 2016, and oversaw the global rollout of Facebook Live, as well as new formats including Live 360 and Live.

Before joining Facebook, Danker was Chief Product Officer of Shazam, where he sat on Shazam’s executive board and was responsible for the company’s product strategy and direction. Danker led the expansion of Shazam’s role in music and was instrumental in growing new businesses like Shazam for television.

He joined Shazam in 2013 from the BBC, where he was the General Manager of BBC iPlayer, responsible for making it ubiquitous across mobile, web, and connected TV. Danker also launched iPlayer Radio to reinvent the BBC’s online radio and music experience, created a seamless journey from broadcast to connected television through the Connected Red Button, and delivered the media experience for the London 2012 Olympics.