Following the recent completion of its acquisition by Black Dragon Capital and the launch of the GV AMPP platform, Grass Valley President Tim Shoulders tells David Davies about his vision for the cloud and the importance of the new GVx Customer Council.

Even as the spectre of the pandemic became increasingly prominent, Grass Valley maintained an admirably busy schedule of announcements in the first half of 2020. New launches included the LiveTouch 1300 live highlights and replay production system, the K-Frame XP video processing engine, and – arguably most significant in terms of the company’s future roadmap – the cloud-based software as a service (SaaS) Agile Media Processing Platform, otherwise known as GV AMPP. 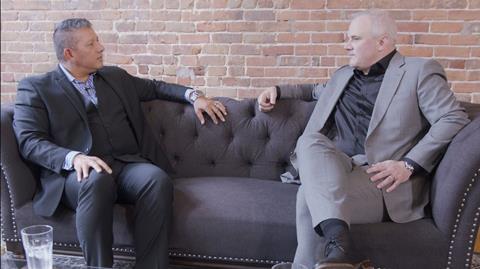 But it makes sense to start with the confirmation in early July that the company’s acquisition from Belden Inc by Black Dragon Capital, first announced in February, had been completed. The development brings Grass Valley into an investment portfolio with a markedly high-tech emphasis that also includes the likes of financial technologies company ASI Group and cloud-based money transfer specialist Payveris.

“To complete the acquisition during the early stages of the pandemic was quite the feat, and a testament to the hard work done within Belden and Black Dragon,” says Tim Shoulders, who became Grass Valley president in January 2018 after a distinguished career in the Belden Broadcast and AV business as well as the industrial cable sector. “We managed to get it closed when very few deals were being completed, so that’s a significant accomplishment in itself.”

Now the company is in a position to focus on its future accomplishments. Black Dragon, believes Shoulders, “brings a degree of knowledge about the market that Belden did not really have. They have deep connections in [complementary areas of technology] as well as a profound understanding of how purchasing cycles work and the kind of ups and downs that a company in this business may go through.”

Black Dragon’s knowledge of the cloud is also set to be an asset as Grass Valley develops the market presence of one of its most important launches in recent years – the aforementioned GV AMPP SaaS platform. “We had already embarked upon a path of building a cloud-based platform when the acquisition [appeared on the horizon],” confirms Shoulders, “but certainly we will now be able to benefit from Black Dragon’s impact on the commercial side. And through conversations with [Black Dragon CEO] Louis Hernandez Jr we have been able to identify lots of opportunities.”

In the more financially cautious period into which the industry is currently headed – not to mention the more flexible working patterns that will be needed as the virus continues to surge and recede – the new cloud-based platform seems even more timely. But even before this the intention had always been to deliver a solution that gives “the ultimate flexibility to the end customer”. 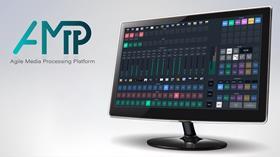 “GV AMPP is designed to be cloud-agnostic – it can be operated on-premise, in the customer’s private cloud, or in the public cloud,” says Shoulders, who points to the platform’s foundation on five core technologies – fabric, timing, connectivity, identity and streaming – as the key to its enabling of “elastic media services”.

The platform allows production teams to flexibly create customisable workflows with a variety of apps such as multi-viewers, router panels, test signal generators, switchers, graphics renderers, clip players and recorders. As expected, e-sports has already proven to be an early adopter of the platform, with Blizzard using AMPP to deliver remote production of its Overwatch League and Call of Duty League matches since late March.

As well as being a solution in its own right, Shoulders emphasises GV AMPP’s role in the also recently-announced GV Media Universe – billed as a growing ecosystem of cloud-based tools and services intended to transform the way live media is produced. Described by Shoulders as an “overarching strategy” for Grass Valley in the IP-driven, virtualised world, GV Media Universe has proven to be especially resonant in the time of Covid-19.

In fact, he notes, “there have been a few specific developments [implemented during the crisis period] that have made remote production easier in some cases, and led to less equipment being needed out in the field.” Shoulders indicates that customer interactions during Coronavirus will influence the continued development of the GV Media Universe ecosystem.

Regarding target markets for the new era of Grass Valley technology, Shoulders says these have been “very diverse in nature”. As expected, sports is evincing enthusiasm, including among those organisations “producing content for sports leagues who would like the functionality for some of the OTT programming they are doing.” But there has also been more general interest from the corporate world and from managed service providers – the latter constituting “a big opening. It should be remembered that we are a technology provider – not a managed service provider – so there is scope for truck companies and playout service providers to continue offering their services but in a more flexible manner using our cloud-based technologies.”

In arguably the most intense period of change for broadcasters since the transition from analogue to digital, accommodating customers’ evolving needs is more critical than ever. In this context, the launch of the GVx Customer Council in June is another move intended to position the company effectively for the future. Intended to work closely with company executives to ensure that media technology innovation “moves forward in a mutually beneficial fashion”, the Council launched in June with a roll-call of industry influencers onboard, including Dave Mazza from NBC Sports, Helen Clifton from ABC Australia, and Ruba Ibrahim from Al Arabiya Network.

“It’s already been very useful to our planning in view of the pandemic and how broadcast operations are unfolding,” says Shoulders. “But it’s a long-term venture, and being able to meet with some brilliant people on a semi-regular basis, and get their input into our developments, will be quite phenomenal.”