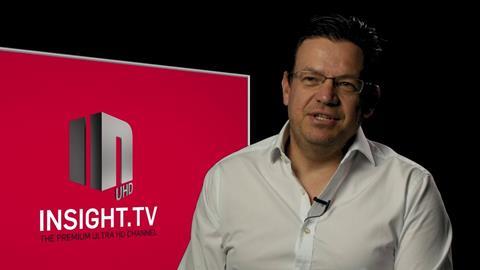 Pushing forward with UHD and HDR

Backed by Tern (TV Entertainment Reality Network) International and helped by financing from General Satellite based in St Petersburg, Russia, the channel is going from strength to strength.

The audacity of its scheme is truly breath-taking. Remember that the likes of CNN (launched in 1980), MTV (1981), HBO (1972), Discovery (1985) and even Sky TV (1989) have been around for generations, and people could be excused for thinking that every TV genre and sub-niche has been satisfied many times over.

Insight TV’s unique mix of programming over its two-year journey has seen it gain impressive carriage across Europe, Asia and now the United States is firmly in its sights.

It recently launched SVoD access to its output, and in some markets secured transmission deals for its all-UHD content. A significant US transmission agreement for its linear UHD channel is “days away” says the broadcaster.

“With Sky [we are] somewhat frustrated because they are concentrating on their own plans and brands.”

Now, its 2017-2018 goal is to progress that UHD programming onto the next level, by adopting High Dynamic Range (HDR) quality to its programming.

Rian Bester, Chief Executive at Hilversum, Netherlands-based Insight TV says that distribution – and the revenue it brings – is all-important.

“We have just signed a UHD deal with South Korea’s SK Broadband, and it has taken more than a year to negotiate. By revenue standards this is by far our biggest deal, but it doesn’t come without a cost.

“To get our signal to Seoul we leased capacity on Measat, and we certainly hope that this investment will now accelerate other deals for us in the wider Asian region.”

Insight TV’s output, while produced in English, is also dubbed - or subtitled - for a wide range of clients around the world, not least Germany (including the HD+ system), Austria, Switzerland, Spain, Iceland, Netherlands, Belgium, Czech Republic and Slovakia – and on Samsung TVs via their on-screen App, and is talking to LG for a similar ‘smart TV’ distribution.

A significant US deal is bubbling under, and UK viewers patiently wait for UHD distribution.

Bester is still seeking UK distribution for its UHD service (the channel is in HD on Sky) but less than kind to the likes of Sky or BT. “With Sky [we are] somewhat frustrated because they are concentrating on their own plans and brands. Currently, I can tell you that our HD channel [in the UK] is a very expensive marketing exercise.

“BT runs hot and cold, but we remain hopeful. We are also in discussion with Virgin Media and the option to offer the SVoD service in UHD looks promising. We remain hopeful!”

Bester’s team also recognise that some markets – and consumers - are simply not yet ready for UHD, so all of Insight TV’s output is available in ‘ordinary’ High-Def and he says this is proving popular to emerging markets which see UHD as some way off, yet wanted the channel’s very different output.

“We are talking to some major Asian markets and we see those coming to fruition very quickly,” says Bester.

InsightTV also has its eye on localisation and Bester says that the recent South Korean transmission deal has opened up discussions with local producers for content, and this represents a ‘win-win’ for the channel in its wider broadcasting plans.

“They are able to watch the UHD channel, see our output, and this has opened up some co-production possibilities in Korea. Sharing the cost of production makes total sense, and one dialogue is happening with a production company which wants to expand overseas, and it helps that we are getting wonderful feed-back from viewers as to the output. And SK Broadband has a significant base of UHD subscribers.”

“And it’s much less-expensive and widely beneficial,” says Bester.

He hopes to see the service launch on 1 August.

“The benefits are that we can automatically match the client’s time zones. Were we to just supply a satellite feed we would have to settle on a single time-zone, whether New York, or the West Coast, and this would not suit all viewers.

“By going for a cloud-based feed we can match the local programming time-zone. This means we can use IP delivery to schedule for primetime, and promote our shows for primetime in Los Angeles, Mountain time, or New York time.” 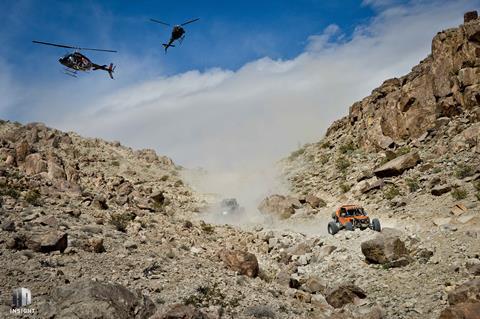 King of the Hammers

Insight TV is now scheduling its UHD/High Dynamic Range (HDR) output, kicking off with King of the Hammers, an off-road motor race through deserts and over rocky terrain.

“We are adding to this with a mountain-bike HDR show, a reality TV game-show series shot in HDR in South Africa.

“By Spring 2018 we expect more than half of our new commissions to be in HDR. But at the same time we are in discussion with technology vendors who are offering a very acceptable ‘pseudo’ HDR onto existing content, and this could be interesting to us.

“They re-map the colour space and can create an HDR feel to existing material. The aim, however, is that the entire channel is either in true HDR or uses this technology fix to achieve an improved image.”

As to the expense of producing in UHD, and then down-converting to HD, as well as the versioning cost of dubbing or sub-titling, are inevitable burdens for any global broadcaster.

Bester says the Russian, South Korean, Portuguese, Spanish and other versions have direct costs. “And the expense is significant, but it is necessary.”

He explained that one of the benefits for a global channel is that there are some differences.

“Everything is working well, but in some markets we have been surprised as to how well some of the lesser shows have worked and have gained real traction.

”For example, we are increasingly looking at tapping into important trending topics in our community. We have a street football show in planning, and developing shows with other on-line talent some of which can have millions of followers.”

Insight TV is approaching its third year, and Bester says that as with any start-up there is still something of a mountain to climb before the operation reaches break-even.

“But our first-quarter year of 2017 is by far the best to date, and very close to the plan as to where we should be by today.

“We are getting much more stability and the new distribution deals already in place will further propel us forward. We remain optimistic for 2018. We can see and feel the momentum that’s building up.

“We have also developed the different revenue streams, even by licensing out shows to those markets which we know we cannot reach with a full channel just at the moment and, as an example, our SVoD service is extremely helpful. What we are doing right is continuing with the momentum.”