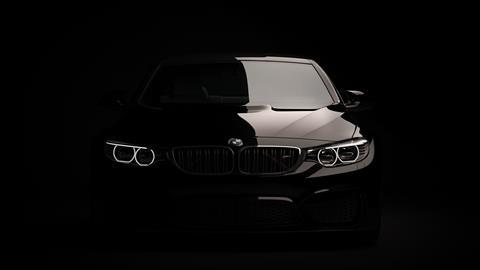 As Android developer product lead at BMW, Balbir Blugan is a key part of the automotive manufacturers efforts to transform its cars into fully networked mobility devices.

The car industry has spent billions of dollars as it attempts to shift production towards electric vehicles.

This high profile and costly pivot away from the combustion engine has masked another major area of technological innovation in the auto sector: the drive to create digitally connected cars.

The infotainment screen in a Tesla, for example, is one of the key draws for its tech-loving buyers, alongside its green credentials – helping spur its astronomical market value. 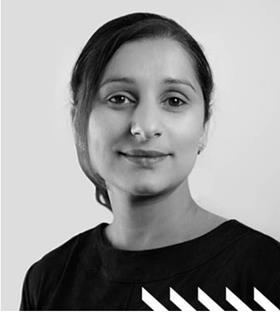 Earlier this month, Volkswagen chief executive Herbert Diess said replacing engines with electric batteries and motors would be simple to manage compared with the transformation of the car into a “fully networked mobility device.”

To help achieve this, firms like General Motors, Volvo Cars, the Renault-Nissan-Mitsubishi alliance and Peugeot all are partnering to varying extents with Alphabet’s Google, which has developed a vehicle version of its smartphone operating system called Android Automotive.

Android Automotive is a customisable operating system and platform that lives inside the car and runs its infotainment systems (and is not to be confused with Android Auto which lives on the user’s phone and is merely projected onto a dashboard display.)

Being a permanent part of the vehicle means that Android Automotive can integrate seamlessly with the car’s hardware, handling audio settings through to navigation, climate control and vehicle options.

BMW’s current vehicle software - BMW Operating System 7 - is developed in-house and is not based on Android. Launched in 2018, it made BMW the first European car manufacturer to offer OTA [Over-the-Air] remote software upgrades on large scale. However, BMW Group R&D is now testing and evaluating the potential of Android.

At BMW, Balbir Blugan focuses on Android Automotive in her role as developer product lead, Android.

Educated at Oxford University, where she studied theology, the Munich-based Blugan worked in management positions at Sony PlayStation, Sony Ericsson and Microsoft, before entering the world of automotive as COO for a software start up.

Since April 2019, Balbir has been a member of the leadership team working on Android at BMW, with a focus on digital ecosystems, helping the motor manufacturer on its “pathway to digitalisation.” 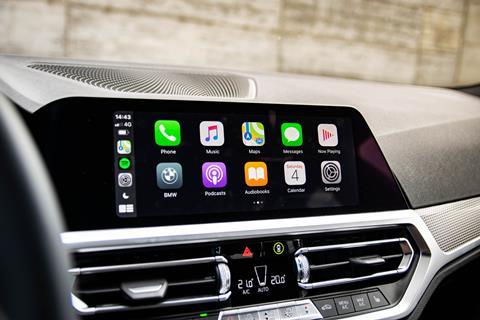 Balbir BLugan: “The time, thought and attention that all the development teams give to thinking about the user experience at BMW is outstanding.”

She says the switch to the automotive sector after spells in gaming, IT and telecoms has been fascinating. “It is in such a unique place at the moment. There are so many changes going on which the industry has to digest and compute, and it is affecting us in massive ways.” These changes span areas such as the environment, digitisation and regulation.

“I’ve been at BMW one and a half years. And all I have learned is that I still have more to learn,” says Blugan. She cites a colleague who has also worked in multiple verticals, who told her that cars were the most complex consumer product he had ever worked on. “I start to understand that more and more,” she says. “There’s going to be so many changes in how we use our mobility services, and it’s really an opportunity to impact that – and to me that is incredibly exciting.”

The digital experience and how it is integrated into the car, she notes, is important to BMW customers – and has been for many years. BMW, she says, was the first to deliver a “really interactive HMI [human machine interface] element” into its cars in 2001 with the iDrive for the 7 Series. Such innovation, Blugan adds, “is part of our heritage.”

“The time, thought and attention that all the development teams give to thinking about the user experience at BMW is outstanding.”

At BMW, Blugan’s role is to enable parts of the BMW organisation and third party suppliers to have the tools to make “really compelling customer features and services” for in car infotainment systems.

Doing so, of course, is not straightforward – change is managed extremely carefully as modern vehicles are so complex, and the Original Equipment Manufacturers (OEMs) that form the BMW supply chain are large and complex organisations.

Crucially, driver safety is a key consideration for all car manufacturers, so innovation must always meet stringent safety standards.

For BMW specifically, devices must also meet the needs of the brand and its customers.  “We have a high end brand. It’s a luxury offering, so the touch and feel and physical aspects of driving will always be very important to our customers,” says Blugan.

“The digital world has to understand that the automotive world will move a little bit slower because of the things that we have to consider - the complexity of our offering, and the hardware linked to software,” Balbir Blugan

On a day-to-day basis, Blugan works “very closely” with her technical lead, talking to different parts of the organisation, understanding their requirements and feeding the information back into the Android development teams. For her, it’s all about “understanding what we have to deliver and implement to make the lives of our developers easier, and our brand partners easier and, very importantly, providing transparency and how that is progressing. It’s important to have very open relationships on expectations.”

Asked what innovations BMW customers can expect to see as a result of her work, Blugan gives little specific detail away but talks more in more general terms: “I think the things that developers within the organisation, and at some point in the future hopefully outside of the organisation, will be able to see is that they will be able to have a more open cross digital landscape experience of some of their core services, a more connected experience of their core services in line with the market, with what the market is expecting.”

All of this, she stresses, will be within “the parameters of keeping our customers safe.”

Blugan explains: “The digital world has to understand that the automotive world will move a little bit slower because of the things that we have to consider - the complexity of our offering, and the hardware linked to software…especially when our first priority will always be to keep our customers safe.”

The digital landscape is changing very quickly, Blugan adds: “We’re keeping a very close eye on what is happening, and also being very careful to be mindful of what is relevant for us and what isn’t relevant for us, and driving that value for our customers in a way which prioritises the user experience but also the security of our customers.”