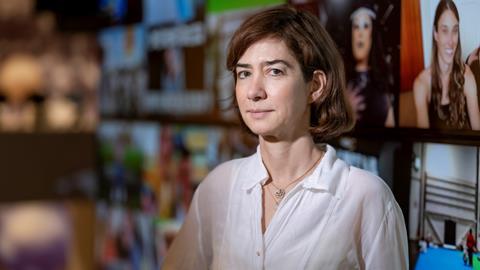 Less than a year after joining YouTube as head of its EMEA business, former Fremantle boss Cécile Frot-Coutaz spells out why the TV industry should embrace the platform – and explains how it is tackling harmful content on the site. 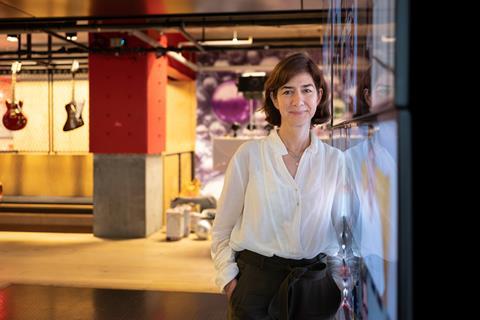 When Cécile Frot-Coutaz left her job as CEO of Fremantle last year to join YouTube as head of EMEA, the news sent a ripple of shock through the TV industry.

One of the industry’s most senior female leaders, she had worked for more than two decades at the production/distribution giant, home to hit entertainment shows such as American Idol, the Got Talent and The X Factor formats, and a burgeoning scripted pipeline including American Gods, My Brilliant Friend and Deutschland 86.

Her move to YouTube raised eyebrows for a number of reasons, beyond the loss of a talented executive. First, it was to a digital giant that has won the attention of a generation of young viewers from the TV industry. And second, it was to a very different kind of business – jumping from a global content production company to a global digital platform.

On closer inspection, however, her move seems less surprising. Under Frot-Coutaz, Fremantle had embraced digital, generating a reported 20 billion YouTube views for its content, more than any other individual production company, broadcaster or Hollywood studio.

Frot-Coutaz has now been in place for eight months, based in the Google-owned company’s King’s Cross HQ in London. The French-born, INSEAD-trained executive says the move has been both intellectually engaging and incredibly interesting. “Part of the reason I made the move is I wanted to experience new learnings and something different.”

She describes YouTube as an “adjacent” business to TV. “It is still much more similar, in lots of ways, than people think. In the end it is about the content.”

To illustrate her point, she describes the two and a half days she spent the previous week at the YouTube Creator Summit in Paris, which brought together influential content producers from the region. “When you talk to your creators on YouTube, it is no different from talking to a creator on television. The main difference is their age. The ones I met are all in their 20s.”

As well as being younger, she describes YouTube creators as incredibly authentic. “They are born digital. If you are 21, you probably don’t remember a time when YouTube didn’t exist. We see YouTube as new and different, but they don’t. For them, that is the medium and most of them don’t want to ever be on television – they don’t really see the point.”

Working together
Surveying the company, she describes two different ecosystems that form the basis of YouTube.

Firstly, Frot-Coutaz says creators lie at the heart of YouTube, noting that the platform’s “foundational premise” was as a place for individuals to share videos.

The second ecosystem is based around its media partners. She breaks these into two camps: music partners (“music makes up a big part of YouTube”) and then traditional media partners from news, sport, TV and film. 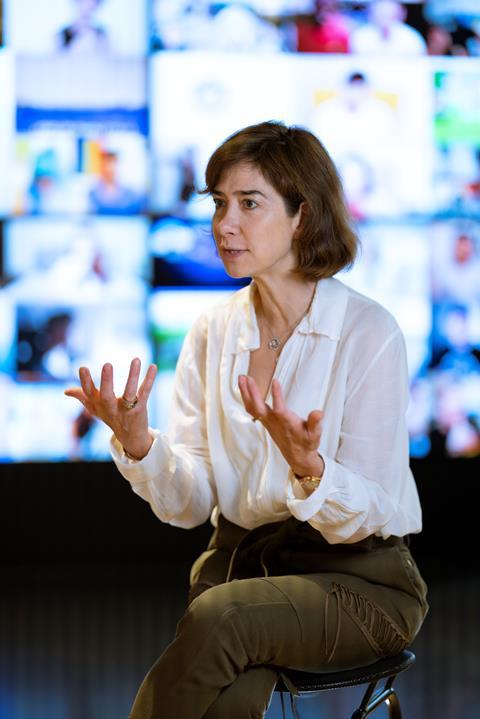 Frot-Coutaz: “My advice to broadcasters is to say you have to embrace YouTube.”

The relationship YouTube has with both ecosystems, she says, is slightly different. Individual creators and MCNs “primarily produce for YouTube, so we are existential to them, and they are existential to us”. For media partners, YouTube is another distribution outlet – but one that “can be a key part of their strategy in terms of how we can help them thrive and grow their business”.

Over the past year, Frot-Coutaz says YouTube has delivered a number of new products to help its creators be more successful. She cites the launch of paid Channel Memberships, which lets YouTubers offer access to exclusive content, members-only emoji and badges, and other perks for $4.99 monthly. It has also launched YouTube Premieres, a tool for promoting live and on-demand videos at a scheduled day and time – complete with a countdown timer – so that fans and subscribers know when to tune in.

“We are constantly looking at tools and enhancements we can provide as a platform to help the variety of storytelling, but also the quality of engagement for creators and audience,” says Frot-Coutaz.

Turning to its media partners, she cites a number of reasons why they link up with YouTube. The platform, she says, can help them generate incremental revenue, promote specific shows, reach audiences they might struggle to attract via linear TV, or convert them into users of AVoD or SVoD services.

She’s aware, however, that many broadcasters still see YouTube as the enemy. “At Fremantle we had to convince our broadcast partners to let us put content on YouTube, and that took a very long time… My advice to broadcasters is to say you have to embrace the platform. The platform’s reach in young demographics is undeniable, so if you want to be relevant you have to understand how to use the platform. Not using it is not an option if you want to be relevant.”

She says that broadcaster content on YouTube needs to be “complementary to the main storytelling, not in competition with it. The platform is there to deepen the relationship with the audience during the broadcast, to make sure you have access to and engage with those who are not necessarily watching a linear channel, but also between seasons to make sure you are keeping that engagement while not on air.”

For Frot-Coutaz, it’s all about making sure shows remain “part of the social conversation” at a time when TV ratings are challenged.

Branching out
There’s more, of course, to YouTube than its main ad-funded platform. It also offers YouTube Kids, an app it has launched in over 60 countries around the world to play child-friendly videos and features content from creators and partners such as Disney and Cartoon Network.

Last year, it also launched YouTube Premium, a subscription service offering ad-free access to video content and music as well as specially commissioned original programmes. Many saw the move to order big original dramas such as Left Bank sci-fi series Origin as an explicit attempt to take on SVODs like Netflix and Amazon. The platform has since stepped back from commissioning at scale, something that Frot-Coutaz confirms. “In the US they were doing quite a lot, they are still doing some.

“From my perspective, we have a lot of original content on YouTube – it is called creator content and we are very proud of it. Fundamentally, YouTube is a very different platform to Netflix, and I think there is a lot of confusion around that in the marketplace… we are not in the commissioning business at scale, we are in the creator business at scale.”

Content police
Elsewhere, perhaps the biggest issue that Frot-Coutaz has had to focus on in her short time at YouTube is harmful content on the site. Frot-Coutaz stresses that YouTube’s “number one priority” is making sure it protects its users. She says the platform has invested heavily in machine learning to detect such content, and “vastly increased” the number of human reviewers it employs. In March, the company also disabled all comments on content that featured minors.

She says that being an open platform, YouTube is open to abuse. “The leadership is taking it very, very seriously. It is super important…a lot of investment and time and focus is in place on this.”

Having said that, she points out that, given the scale of the platform, harmful content accounts for a very small percentage of the views. “I am a YouTube user, and I have never come across a really egregious video on YouTube. Yes, these videos exist… but in numbers it is a small problem.”

She cites YouTube’s Transparency Report, which is published every quarter: in Q1 this year, YouTube removed 8.3 million videos. Out of these, 76% were found by classifiers (an automated flagging process), and the majority – over 70% – of these didn’t have any views on them.

“Machine learning is starting to work really, really well. Perfection will never exist, because it is an open platform. However, I think we can say with real confidence that we are seeing the progress that we can make through these systems and processes.”

Cécile Frot-Coutaz will deliver the IBC2019 Opening Keynote on Friday 13 September at 9:45 in the Forum