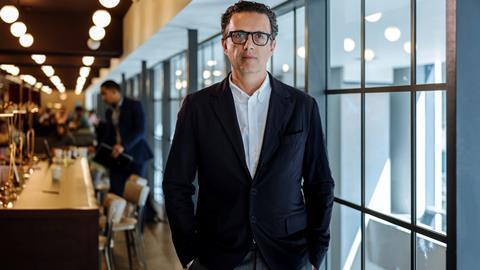 The former Channel 4 boss discusses his role in saving the British pubcaster from privatisation and reveals more details of his latest venture, which fuses high-end content production with brandcasting and data insight.

When IBC meets David Abraham in his offices in Holborn, London, his company is so new that he’s only just received the patent for its name. The former Channel 4 Chief Executive reveals that its title, Wonderhood Studios, reflects ‘a community where high-end content creation fuses with brand communication and audience insight’. 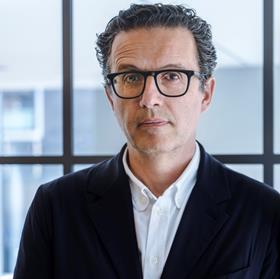 These have been the three components of the respected executive’s career to date: prior to C4, Abraham ran UKTV, Discovery’s UK networks and TLC in the US. Before that, he founded creative advertising agency St Luke’s.

Although the Wonderhood office is still relatively empty, there are dozens of print outs of brand logos representing a mix of digital and traditional businesses that have been tacked to the walls, including Netflix; Lidl; John Lewis; Ocado; Amazon.

It signals a new approach to content creation, based on the emerging trends that Abraham says he’s observed over the past ten years.

“Those relationships between high-end content creation and the way that brands work in being able to communicate in new ways and also in the way that audience insight is informing these activities,” he explains.

Wonderhood will operate in three studios: high-end content production – with a handpicked selection of TV production execs set to join the fold over the summer; then a creative studio that brings in people from the advertising, brand planning and client relationships world; while a third studio will focus on audience insight and data analytics.

“The aim is to become a creative business that operates on several revenue streams simultaneously, where those activities can reinforce and support each other,” he says.

He adds that while some projects will be “quite discrete and separate” others will involve combining studios: “To get good work done there needs to be a multitude of models,” he says, adding that as time goes by these models are likely to become more combined.

Without a flagship project to announce, what a Wonderhood production might look like is yet to be defined, although the initial focus will be around factual entertainment.

“We’re definitely aspiring to sell content to TV channels and platforms – but benefiting from the differentiation that comes from the adjacency of a good creative agency capability,” he says.

Content length, he adds, is likely to be shaped according to the devices it is consumed on. “There are now more mid-length spots on streaming media – which can be anywhere from three to ten minutes; and you’ve got TV shows being been made into 15-20-minute segments – so storytelling skills are changing as more video is consumed on other devices,” he says.

While ad agencies have pivoted into production before, and production companies have had mixed success with branded content, Abraham argues that, in the past this has always been attempted by “people with a centre of gravity in one area doing a bit in another”.

What he hopes to achieve is “an equally balanced set of studios whose strength is matched in each area rather than being a peripheral or secondary activity”.

He adds: “Branded content has tended to suffer from a lack of audience, a lack of distribution. We’re hoping to use our skills to ensure that it is good content, and it is seen by large numbers of people – whether it’s on a platform or a channel – and that the integration of the message is more effective.”

‘The aim is to become a creative business that operates on several revenue streams simultaneously, where those activities can reinforce and support each other’

Strategic thinking
Abraham believes that audience data and insight are central to understanding how to effectively distribute content on multiple platforms. And so Wonderhood’s third studio seeks to utilise a “new generation of young people” that he first worked with at Channel 4 who are adept at “bringing insight into different genres, what’s working in social and what is resonating with audiences”.

Wonderhood will use this data service initially to shape what it is doing in content. In its work with brands a longer-term ambition (“when we’ve raised more capital”) is to create or co-create channels with brands and partners or run them as joint ventures or on a client’s behalf.

“We’re looking at highly targeted thematic streamed channels. If you look at the way that Walter Presents [a curated art house film & TV streamer) emerged on the All4 platform – this model could be sponsored and made into bespoke propositions in the future,” he says. “I see that kind of vertical channel proliferating around brands and on other people’s platforms.”

He adds that for some brands, the next logical step is to become a broadcaster - a model already pursued by Red Bull and Formula One.

“It’s harder for brands to reach fragmented audiences on multiple platforms – there needs to be a more coherent knitting together of editorial messages that comes, to some extent, from a broadcast perspective in terms of how they want to convey their messages and manage their audience,” he says. 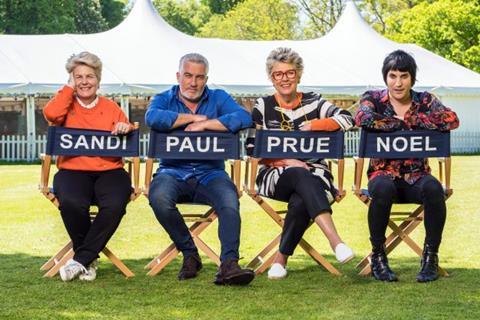 Running a broadcaster isn’t without its challenges however, as Abraham well knows. At C4 he became a vocal opponent of the British Government’s plans to privatise the commercial public broadcaster – something he succeeded in doing, on the proviso that the broadcaster moves some of its departments out of London.

Other notable achievements include poaching and successfully transitioning the BBC’s hit TV format The Great British Bake Off to C4; acquiring the rights to the Paralympics; and increasing funding in Film4.

On a personal note he is most proud of bringing the Paralympics to C4 during London 2012. “We produced hundreds of hours in a short period of time which was technically very challenging. Not only did we succeed in delivering it, but it had a massive social impact.”

He realises, however, that his legacy will always be as the leader who helped modernise C4 and prepare it for a digital future.

Quite early on during his leadership (he joined in 2010) sign-ins to the broadcaster’s website – then called 4oD – became compulsory, which enabled it to deploy behavioural targeting and the possibility of being able to sell to increasingly sophisticated demographics. This culminated in overhauling the broadcaster’s static archive and catch-up service into the more dynamic All4, which was able to offer viewers an increasingly personalised experience across all devices.

The success of this digital strategy might just have saved C4 from falling into the hands of a global media enterprise, he argues.

“The fact that we got to revenues in my final year of nearly £1 billion was a satisfying development to where we were in 2010, when there was a question mark about whether C4 would remain commercially self-sufficient,” he concludes.