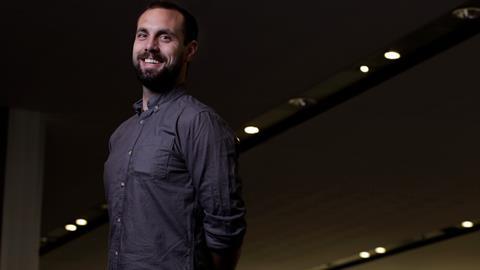 Jack Watts doesn’t shy away from having strong opinions about Digital Cinema Packages, demanding clients and film industry politics. IBC365 got his thoughts on these topics and much more.

It’s clear from within a matter of seconds of talking to Jack Watts that he has a firm handle on the state of the film production market. As Head of Technology and Development at Deluxe Technicolor Digital Camera he has his finger firmly on the pulse of both the realities involved in solving workflow problems as a service provider and the politics and challenges faced in the world of Digital Cinema. 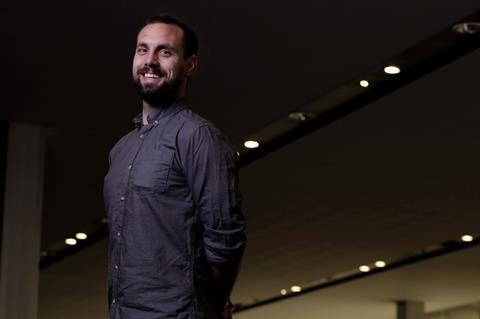 He believes there is now much more awareness, both in general and at IBC, surrounding both the production and post-production phases of filmmaking. “The advent of social media and awareness of open source toolkits has really given people such as indie filmmakers, or people outside of normal studio-based productions, the access to more information and toolkits to facilitate creating their own productions,” says Watts.

“This has garnered a sense of community and obviously IBC is a place where the latest and greatest are showcased with often similar technologies sitting in both camps – broadcast and film. I think it’s important for IBC to accommodate this and start embracing the direction from all production communities which is, without doubt, more important than ever.”

Packaging formats
Watts’ work for major clients has given him a major problem-solving role for global Digital Cinema operations. He also has deep insight into the anatomy and evolution of Digital Cinema technology due to being a member of a variety of industry bodies and associations such as the Society of Motion Picture and Television Engineers (SMPTE), the European Digital Cinema Form (EDCF) and the Digital Production Partnership (DPP).

“In the world of Digital Cinema there are two packaging formats. One which was an intermediate solution, referred to as INTEROP; a packaging for Digital Cinema Compositions prior to the standardisation via SMPTE,” Watts explains. “SMPTE took a little bit longer to ratify the standards that governed the format. But, given the rapid advancement of technology and digital adaptation, INTEROP proceeded to dominate distribution space but now, given the limitation of the formats feature set, INTEROP is deemed end of life. It’s a deprecated solution and the SMPTE DCP is the way forward.”

He is keen to educate on what he dubs, “the logistical switch-up or changeover to the SMPTE DCP, from the INTEROP DCP, within EMEA, of which there are similar initiatives in other global markets, more notably North America”. This is aided by his Deluxe colleague and SMPTE peer Steve Lamb. Watts is clearly a fan of the benefits of what one can achieve by exhibiting with the SMPTE DCP, which he cites as, “high dynamic range material, immersive audio, higher frame rates, multi-screen presentations and so on.”

Voluntary basis
Watts is keen to press home the point that the SMPTE DCP standard has been brought about by a lot of hard work from many well-respected folk, some of it being voluntary work. “High-end creatives always push the boundaries with their shows,” he says. “They can’t exhibit that [work] theatrically and retain creative intent with picture formats such as HDR to the masses without relying on SMPTE DCP in order to do it.”

Unsurprisingly, Watts notes that such fundamental tools in the motion picture world are often developed voluntarily, residing in the open source community. “It’s an interesting dynamic given the amount of reliance on such tools from many people and professional bodies around the world.

“It allows us to ensure uniformity amongst colleagues,” he adds. “That everybody is in this initiative together and try and retain a sense of commercial impartiality [is a good thing]. [We should ensure] that no one is trying to put their name or company to these initiatives for commercial or financial gain and that’s it’s in the interest and benefit of everybody.”

‘SMPTE DCP is the way forward’

Deluxe Technicolor Digital Camera’s approach
We switch to discussing Watts’ work at Deluxe Technicolor Digital Cinema and he reveals: “We are part of a wider business portfolio called Deluxe Distribution, which satisfies all end-to-end requirements on productions and content-based management. We are actually following on from our announcement at NAB 2018 by showcasing Deluxe One at IBC2018. Deluxe One unifies every stage of the content supply chain, from creation to delivery, in an intuitive cloud-based platform.

“It all comes down to being able to deliver what your clients want, when they want it,” he continues. “Supply and demand is rapid right now and with constrained production deadlines, ever-advancing release dates… clients or content owners always want to have access to their content when or wherever they are. Deluxe One’s aim is to give them that, but more, by simplifying how content is created and delivered to maximise its value across all screens and around the world.”

Important achievements
I ask Watts if Deluxe Technicolor has had a most important achievement over the past 12 months and he shoots back, “We’re always making achievements because we are sitting on the forefront of advancements in the exhibition market. With our presence in those standards and industry bodies we’re often the ones who are being told, ‘this is coming down the pipe from a client, figure out how to do it’. So you have to figure out how to do it.”

He cites some previous challenges handled by Deluxe Technicolor and adds, “Although I always say that these things are ‘not sexy’ compared to some of the other technology that is being exhibited at shows like IBC, they are fundamentally required in order for people to actually enjoy [watching] films. It’s an invisible industry – the majority of people outside the industry don’t realise or aren’t interested in how something gets from the creative finishing room, where the director says ‘finished’ to every single [movie] theatre in the world translated into multiple different languages.”

He concludes, “I always say that there are creative people within the technical world as well – it’s not as simple as ‘they’re just techies and get on with it’. You have to realise that the utilisation of technology can be quite creative in its own right as well.”