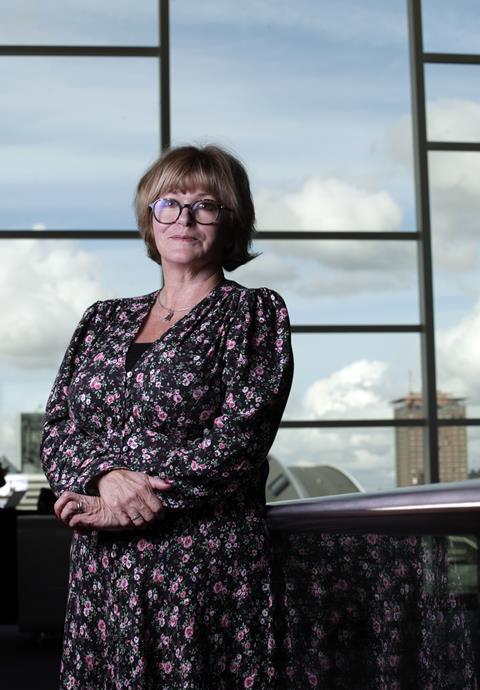 As a former managing director of content for Channel Five, Lisa Opie famously swiped the popular long-running soap Neighbours from under the BBC’s nose. These days however, the managing director of UK production at BBC Studios (BBCS) is more likely to boast about generating content than poaching it.

The seasoned television executive is proud of the 14 factual commissions BBCS has clocked up in the two years since the broadcaster’s production arm was spun into a commercial subsidiary.

Studio’s first non-BBC commission, gained while Opie was head of factual production, was Wildlife Warriors for Discovery. Other wins have included Royal Wedding Watch for US broadcaster PBS, Fatberg Autopsy: The Secrets of the Sewers for Channel 4 and Why Do I Put on Weight and Why Can’t I Sleep? for Channel 5.

“To have led a team of such talented people out of a single customer mentality and into the exciting commercial world has been a real honour and I am stupidly proud of our success,” she says.

The BBC has argued that the move to commercialise its in house production units (with the exception of News, Sport and Children’s) and merge them with the BBC’s distribution arm, BBC Worldwide, to create a producer/distributor giant, has enabled the broadcaster to boost creativity and retain the best programme making talent in house.

Opie’s remit at Studios is to work with director of content Ralph Lee to define BBCS’ commercial and business strategy, manage profit and loss and shift the BBC’s culture towards “a more customer-focused approach”.

As someone who has worked in commercial television for the majority of her career (besides her C5 stint, she has also run UK indie Two Four Digital and the multichannel business Flextech) she says that success in the industry is dependent on two factors: “An ability to attract and retain talent and your aptitude for complex deal making.”

The challenge Opie faces now is that the stakes have become supersized.

Big and bigger
In an age of deep-pocketed content-hungry SVoDs and superindies buying superindies to become ‘megaindies’, a new wave megabudget high-end TV series has emerged.

Deal making and co-productions have subsequently become more complex and talent a sought after and valuable commodity. It’s an issue Opie will be addressing this week during the IBC session ‘Creative Challenges and Digital Giants’.

“We’re going through a period of huge opportunity and there are some very large players in the market and we’re all competing to make brilliant content,” she notes. “There’s an enormous amount of competition and those big contracts and big pieces are hard won. There’s a constant need to innovate, you always need to keep one step ahead,” she adds.

One challenge for Opie is drama. Despite her background in theatre (she’s a graduate of the Royal Welsh College of Music & Drama and Indiana University Theatre School) her TV career to date has mainly focussed on factual until her promotion this April. Getting the funding models to work on high-end drama, she admits, “is a challenge.”

She adds: “I love television drama and film, but it’s a very different experience to be this involved. I’m learning that it’s hugely complex, requires patience and tenacity and is all about the talent you can attract and retain.”

The introduction of tax credits on high-end dramas in the UK has led to a drama boom. While this has brought a surge of creativity, it has also brought skills shortages, particularly among writers and directors, which has led to a scramble among production companies wanting to secure the best talent.

Does Opie think this changes the rules of production? Is it tougher now to secure below-the-line talent at traditional UK television rates?

While things might have got tougher, she replies, the quality of the work that the BBC Studios produces means that star talent still wants to be attached to its projects. Opie points out that, to date, BBCS has clocked up over 30 new productions, and cites Good Omens, an Amazon Studios and BBC Studios co-production, as a case in point.

“It’s about the quality of your work. We put quality high up in order of priority and that means that people want to work with us off screen and on screen. We are able to attract big names like Michael Sheen and David Tennant. We are incredibly fortunate,” she says.

She adds that up-and-coming production talent is still able to hone skills on long running BBCS vehicles such as Holby City and EastEnders, a reminder perhaps, that BBC Studios makes dramas at all price points.

She adds: “Groundbreaking dramas such as Murdered by my Father and Murdered for Being Different and 3 Girls were not made on big budgets – it’s about being different and being innovative.”

These innovations sometimes happen, she believes, through cross collaboration between BBCS departments. Opie mentions the recent BBCS Open University docudrama 8 Days: To the Moon and Back, made by Studio’s Science Unit, which uses original film archive and audio from the first moon landing.

“It’s example of storytelling in a different way with CG and archive that’s so innovative,” she says. “The ability to create different content for different platforms at different price points is crucial for us.”

“It’s an incredibly important commission because it allows us to innovate for different platforms and learn about different audiences,” she says, adding that short form also plays “incredibly well” with those harder to reach younger audiences. 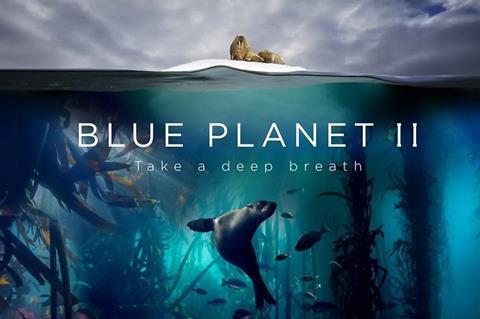 She adds that landmark natural history series such as Blue Planet II and Dynasties have always lent themselves well to segmentation, and Fierce Queens is a natural evolution of this. “Length is becoming increasingly irrelevant. Whether something is six minutes long or 60 minutes, it’s still about brilliant storytelling and high production standards,” she says.

Thanks in part to the environmental conversations raised by landmark BBCS productions such as Blue Planet II, there’s a voracious appetite for natural history series among viewers of all ages, and it’s a genre that rivals such as Netflix and Sky have started heavily investing in.

David Attenborough, a name traditionally associated with the BBC, narrated recent Netflix series Our Planet for the streaming giant while Blue Planet II creator, James Honeyborne, left the NHU earlier this year to set up his own independent production company, which also has a deal with Netflix.

To preserve the talents of Attenborough and the NHU, the BBC has responded with three new Attenborough commissions, two of which the NHU will make: Planet Earth III and Frozen Planet II.

Opie also believes that innovation in natural history from a technology perspective will also be important, as viewer’s expectations rise.

“We need to push the envelope and capture things that would have been impossible to capture before,” she says. “The use of drones in Blue Planet II was a great example of that and we need this to continue.”

Lisa Opie will be speaking at the Global Content Gamechangers: Creative challenges and digital giants in The Forum at IBC2019 on 13 September.