Why digital advertising needs a reboot

In the wake of Cambridge Analytica and a growing number of serious corporate data misuse scandals, Mary Keane-Dawson is one of a growing number of voices arguing for a revolution in way that personal data is mined, processed and traded in advertising.

Mary Keane-Dawson is many things. A digital evangelist, entrepreneur, business mentor, executive coach, ad industry boss and co-founder of Truth – an agency which aims to set a new benchmark for the relationship between brands, the advertising industry and the consumer. 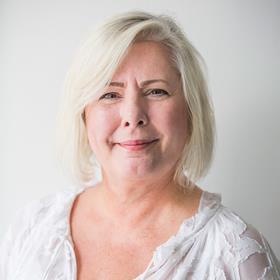 A highly respected figure in the world of advertising and ad tech, she has helped brands such as Mazda, Ford, John Lewis, BUPA, IBM, Nestle and British Gas to navigate the fast-changing digital landscape.

While many ad industry senior executives are firmly in favour of the status quo, Keane-Dawson argues that the advertising industry is in dire need of a fundamental reset. She says we have sleepwalked into a technology-driven advertising economy where individuals’ internet search data is routinely used to target, interrupt, irritate and alienate the people to whom it belongs.

“When I think of the last 15-20 years in advertising I think ‘how did we get here?’ It’s not the best experience for consumers to be basically stalked by advertisers,” she says.

“The broadcast advertising market has been turned on its head, from a mass medium to a point where it’s all about personalisation and one-to-one targeting. All the evidence suggests that 60% of the public are unhappy with the way they are being bombarded.”

“I have been thinking about his for a long time and my conclusion is that the entire digital advertising ecosystem needs a reboot. People have become the product and we are alienating consumers from brands through the methodology we are employing. That’s very dangerous. I think the whole industry needs a reset. And I don’t mean a mild reset. It needs a highly disruptive reset.”

Fresh thinking
Keane-Dawson hopes her agency Truth is the way forward. Truth has launched a blockchain-enabled GDPR-compliant marketplace enabling consumers to take back control of their personal data.

Blockchain-powered personal data looks like the answer to Keane-Dawson because it’s a shared resource that belongs to no-one.

Truth proposes to openly reward consumers for transparent, permission-based use of their personal data. The ambition is to sweep away the lack of transparency, bad practice and fraud which goes on under the cover of the opaque complexity of data processing to regain the faith that brands and consumers alike have lost in media.

“Blockchain may be called something else in two to three years but it will remain a system by which you can securely have a personal data wallet which you own and can then collate and aggregate,” she explains. “You can use it to anonymously engage with advertisers in a GDPR-compliant environment. You will be offered discounts and special deals – and the individual is empowered.”

If all data is commissioned in this way then you can build the next generation of consumer-engaging technology, declares Keane-Dawson.

“The challenge is for us to begin to shift from the clever use of AI in big data networks to the more responsible use of the huge amount of information that a handful of powerful companies hold about our internet habits.

“When Google came along it made paid-for search the most important channel for advertisers,” she continues. “Now we need to bring the consumer into that trading relationship. We have to recognise that personal data belongs to individuals, not to Google or Facebook or anybody else for that matter.”

According to Keane-Dawson, that’s become a more strongly held view and it’s going to be the key battleground of the next decade.

“With more and more companies using artificial intelligence to manipulate data and sell it, there will be more and more questions about the rights of individuals to control the use of it.

“That’s why blockchain affords us a revolutionary model,” she adds. “Based around decentralised apps and technologies, it’s much more aligned to the original principles of the internet– democratisation, empowerment and education rather than the emergence of a new generation of powerful organisations built on personal data mining.”

Of course, another way of tackling the problem of misuse of data is stricter regulation, but it’s an approach which is less likely to be successful, declares Keane-Dawson.

“The biggest problem with regulation is that it’s written by people who don’t understand the industry,” she says. “Take GDPR (the European law on data protection) – it was written four years ago and focussed on the desktop; since then mobile has grown hugely. Regulation will always struggle to keep up with the rapid evolution of technology”.

Awkward questions
Keane-Dawson has always stood out from the crowd, partly because of her fearless streak. In meetings early on in her career she was never afraid to ask the questions nobody else seemed to want to ask.

“Rather than just being a sponge in meetings and agreeing with the most senior person in the room, I wasn’t afraid to ask the question that was on everyone’s mind,” she explains of her early days.

Over the course of her career to date, she has spent a lot of time helping companies seeking digital transformation, a process which she declares gets tougher the bigger you are. One reason the large companies find it particularly hard to change is the super tanker analogy – big objects find it harder to change direction than small ones.

Also, big companies often have innate cultural conservatism and display unhelpful characteristics such as ‘groupthink’ – conformist thinking in which executives conform to pre-existing ideas rather than coming up with new ways of solving problems.

“What I have learned about digital is that being fleet of foot is the key because we have no idea what’s around the corner,” she says.

Keane-Dawson’s view is that media has been through a period of intense disruption and has now ended up on a plateau where digital has prevailed, but the consumer has been side-lined.

“When did we stop talking about consumers and customers and investing in our relationship with them and start talking about impressions?” she asks.

“The unintended consequence of digital is that it has succeeded in creating a very de-humanised view of what the customer is. Those guys at Cambridge Analytica never thought about the person – it was all about ‘isn’t this a clever thing we can do’.”

A fundamental reboot of advertising also poses serious questions for social networks such as Facebook, which make a lot of money from the collection and marketing of personal data.

“Don’t get me wrong - Facebook makes a lot of people happy,” admits Keane-Dawson. “But I am concerned that it’s the equivalent of crack cocaine – technology on my phone requiring me to spend hours a day creating content for other companies to monetise.”