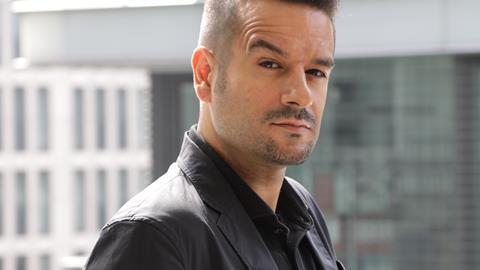 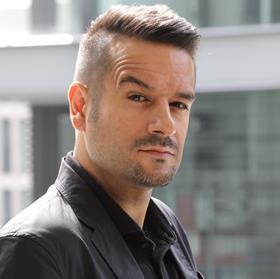 The panel discussed recent changes within the news agency business. “We looked at the extent of change perpetuated by technological advances and how they are forming and shaping new audience habits across platforms,” says Tabaccos. “We also looked at how much of the change we see is commercially driven. Businesses today often balance newsgathering investment with reaching revenue goals and engaging audiences.

“We service over 1300 clients across 89 countries 24/7 and wanted to share what we have learned over the past five years in that discussion, to show how shifts in the landscape have led us to launch Ruptly Pass,” he adds. “Costing €12.50 per month, this was developed to help emerging and mid-sized digital publishers.”

Editor-in-chief Margarita Simonyan has described Ruptly as “the alternative ‘go to’ resource in news footage,” so does it have a definable culture?

“Our motto is ‘news that expands views’, and we are proud that our agency culture is built on the principles of both producing content that delivers on attracting and engaging audiences across platform, and – importantly - unearthing stories that are rarely covered by traditional news agencies,” says Tabaccos.

“We delivered the first images of the humanitarian corridor in Syria’s Eastern Ghouta in real-time, and a series of reports on airstrike victims in Afghanistan,” he adds. “Our drive to carry footage that others don’t has seen us acquire many exclusives, simply because we cared to be on the ground and to follow events more closely than others.”

Fake News is a toxic term
Ruptly was the only global agency to provide footage of both the exact moment an explosion occurred during Venezuelan President Nicolás Maduro’s speech, plus the emotive immediate aftermath showing the reactions of both President and crowd. It is famous for a pioneering ‘world first’ 360-degree view of Earth. What is its attitude to the fake news issue?

“Our diverse and varied content differentiates us from other agencies, and it is an essential component of the mix viewers are demanding today. Fake news is a toxic term,” says Tabaccos. “We work extremely hard to ensure we deliver the highest standards of story.

“Clients receive only content that is both reliable and factual. Often taking in materials from Yemen, Syria, Iraq, Libya and Afghanistan, we have an industry-leading verification process and operate stringent policies to ensure the reliability of our content, something that is especially important when occasionally dealing with user-generated footage submissions,” he adds.

All video submissions go through a process of verification that includes examining an uploader’s digital footprint, probing the date and weather conditions, using satellite-based platforms like Google Earth for topographical details and an accurate geo-location, as well as rounds of direct sign-offs from trained editors. It also has its own independent verification unit, which works in collaboration with those editors. Producing 40 news video stories daily must surely require the wide use of stringers?

“We have a global network comprising upwards of 3,000 producers available 24/7 to shoot stories across multiple content verticals; including hard news, politics, entertainment, viral content and sports,” says Tabaccos. “We collaborate with a network of highly skilled people across all major news hotspots around the globe.

“This network sends footage in various forms via FTP, cloud-based computer transfer services, and real-time internet and satellite delivery. When a big news event unfolds, we also use consumer applications, such as WhatsApp, as well as other mobile apps capable of delivering live video,” he adds.

“We have developed our own technology to support this. Our contributor app ‘Ruptly stringer’ gives millions of people around the globe the chance to submit realtime content and get rewarded for submitting newsworthy footage at the click of a button. We take numerous steps in order to verify the authenticity of each piece of video the app receives, using AI matching systems to ensure it’s an original piece of footage, while a geo-location tag is used to confirm that the reporter really is where the story is unfolding.”

Democratising access
Ruptly’s multilingual newsroom can process and edit materials in around 50 foreign languages, approving and verifying all content uploaded to its on-demand platform. The Ruptly R&D team is studying AI solutions that can populate shot lists of videos with keywords about location, people, and events. The deployment of AI can shorten the time an editor needs to wrap a story.

“With Ruptly Pass, our vision is to widen the accessibility of good quality content that has previously been the privilege of a big-budget TV channel or corporation”

“We certainly think that it is a game-changing innovation, that will level the playing field globally in content accessibility,” he continues. “As an industry-disrupting agency we are constantly listening to the needs of our clients and prospects, and we are able to innovate how we can best support the ever-evolving content market.

“The market is in a constant flux,” he adds. “Questions are regularly being asked about sustainable models of revenue across platform, whilst trying to maintain output levels to tell stories audiences care about, often on limited budgets,” he adds.

“There is also a surge of new media publishers who just want to tell stories and need resources to help them through the critical first years of business. Ruptly Pass democratises access to great content.”

Tabaccos accepts that there is always potential for new disruptors, but Ruptly has a lot of bases covered.

Says Tabaccos: “We are constantly trying new ways of working that deliver news to clients faster, at better quality and more cost-efficiently. We introduced ‘Ruptly LIVE’, which enables users to broadcast up to nine simultaneous events to multiple destinations, including direct to social media.

“We were the first news agency to deploy drones over warzones, over Maidan and Ukraine, and are now the first to pioneer the lowest news industry subscription model with Ruptly Pass,” he adds. “The last year has been transformative for news media, with many entities backing off of social media and aggregators, be it due to changes in algorithms, trust notions or legislation, and instead shifting models towards higher-quality content to secure direct reader payments,” he continues. “This has been aimed at harnessing long-term brand loyalty and supplemented by adding in exclusive content to keep our client’s readers and viewers engaged.”

He adds: “Immersive experiences utilising VR/AR will find themselves much more widespread in news consumption habits in the near future, and it is an area in which we are developing key capabilities at pace.”

Big changes
Tabaccos notes that disruptive companies have taken markets by storm across many different industries. “This is often through a combination of technology and attractive game-changing models, be it Uber and Airbnb in travel and accommodation, Amazon in shopping, Netflix in TV or Spotify in music,” he says.

“There has been a significant increase in messaging apps to share news due to encryption capabilities,” he continues. “Our output generates upwards of half a billion trackable views for our clients per month. We will see more and more ‘safe haven’ platforms for news content and alternative media expression due to concerns of data security and freedoms across several markets.”

We have seen pay walls and big-name cross brand memberships spring up to news websites like The New York Times, and Tabaccos believes there will be more media company mergers at the scale of recent ones like AOL and Yahoo. It amounts to grouping assets together in a market that is increasingly unpredictable and fragmented.

“I am a fan of crowd funding ventures in content creation, whereby an audience enjoys true connectivity through vested interest in their favourite publications’ output,” he says. “The opportunities for entities that were traditionally print-based, if done correctly, can develop into full-blown media companies.

“Such dynamic changes can dictate a culture change for an organisation, but the market is fragmented and businesses have to adapt to survive” he adds.