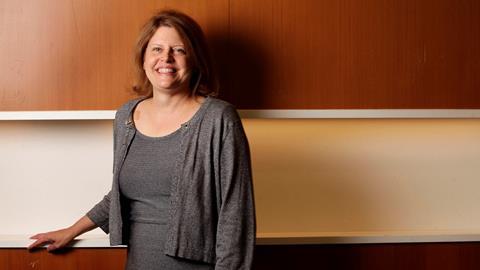 The truth is out there

It wasn’t that long into her tenure as The Associated Press’s new head that Sally Buzbee had to make her first tough call. 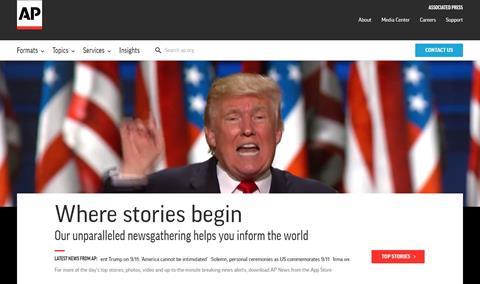 While AP was not among those banned, it decided - along with Time magazine - not to attend the meeting.

According to Buzbee, while AP would rather report on the news than insert itself into a story, on this occasion the 171-year-old nonprofit news agency felt as though the Government had gone too far.

“We don’t want to fight but there are situations that we believe in strongly - the public here in the US and around the globe has the right to have access to what the Government is doing,” she says.

“Excluding certain media organisations crosses a red line, and in those circumstances it’s our job to say ‘no that is not ok’. We had to push back on that,” she adds.

AP’s mission has always been to furnish the public with factual information about what the US Government and its officials are up to, to explain the ramifications and to report with high standards of accuracy, precision, fairness and objectivity.

Has the Trump administration has made this mission any tougher? According to Buzbee, who led the AP’s Washington bureau for the past six years, it’s always been a challenge.

“With every administration our reporters have always fought hard to try and get access and to fight for information and for facts - it’s been like that for decades and it’s really important to point this out,” she adds.

“We need to be more transparent rather than presenting things as a certainty.”

What is different now is that respected media organisations are being discredited as ‘fake news media’ – often by the so-called “Alt-right” movement and occasionally by the President himself.

Trump has been particularly critical on the use of unnamed sources.

“If there is information you cannot get any other way and it is factual and from a person who knows what they are talking about then we think that this is critical information and the public needs to know about it,” she says.

IBC2017 Sally Buzbee will be speaking in the session Lies, Damn Lies and Alternative Facts: Striving for accuracy in a new world order

Where reporting could improve she thinks, is by getting reporters to stick to reporting on what has actually happened rather than filling in the gaps with speculation.

“We need to be more transparent rather than presenting things as a certainty. A recent example of this has been the ban on transgender people entering the US Military.

“When it was first announced no one knew what had been decided about transgender people who were already in the military, but there was speculation about what would happen. When you don’t know the outcome of something, just say it.”

Buzbee acknowledges that a big challenge for strong news organsiations in the so-called ‘post truth’ era is to convince an ever-confused public that it’s the real facts and not the alternative facts that count.

“I don’t think it’s true that the public doesn’t care about the facts.”

“I don’t think it’s true that the public doesn’t care about the facts. People all across the globe care about facts. We need to be transparent about our reporting and try to write stories in an accessible and non-partisan way,” she says.

AP is also putting its fact checking resources to good use by working with Facebook to help identify and debunk trending ‘news’ stories that are false.

When AP or another participating fact-check organisation flags a piece of content as fake, Facebook users can see that it has been disputed and there will be a link to the corresponding article explaining why. That flag will follow if a Facebook user chooses to share.

“We want young people to learn that AP is a trusted source of news and we think there is some value in trying to bring old-fashioned media values into social media,” she says.

While the focus right now is on fact checks around public officials and government accountability, Buzbee adds that AP is expanding its fact-checks into other areas such as health and medicine. “One story that kept surfacing involved a Florida store accused of unsanitary practices – all you had to do was look at the State records to show this wasn’t true.”

Buzbee says that the Facebook initiative has given AP “a much better feel for what we should engage in and the type of stories that travel around.”

It has also given AP a better feel for its younger customers.

“We need to be more visually focused because, I see this in young people’s consumption patterns – they are more focused on imagery so presenting news in visual form is going to become far more important.” 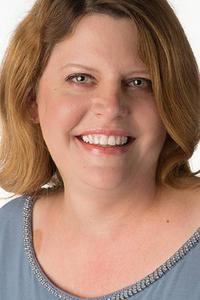 Sally Buzbee is AP’s new Executive Editor and Senior Vice President. She was appointed this month after serving for six years as the news organisation’s Washington bureau chief.

As Washington bureau chief, Buzbee oversaw AP’s coverage of the recent US presidential campaign and election and the 2012 election, including oversight of polling and investigative units, and also oversaw coverage of institutions such the White House, Congress and the Pentagon.