CNN International and the new architecture of news

Thirteen years at the BBC and a steady presence at CNN since 1998 has given Tony Maddox a unique overview of today’s global news scene.

Moreover, and to his regret, CNN itself is far too often seen as the focus of a breaking news story.

The build-up to Donald Trump’s election to the presidency saw almost daily criticism targeted at CNN and the introduction of a new phrase: ‘fake news’. 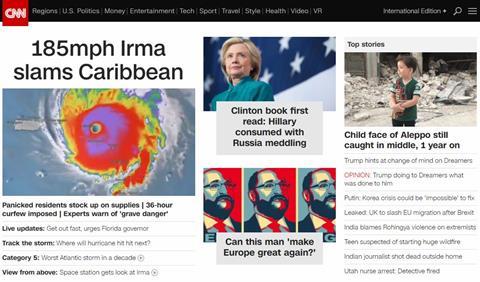 Maddox admits that having CNN itself as the news story was not always a comfortable position to be in. “But it is also a great tribute to CNN, in that we are at the heart of the machinery of news here in the US. The big players here, The New York Times, the Washington Post and CNN are enjoying a huge success thanks to this increased interest and we are engaging with our consumers.

“I also think that the engagement goes far deeper than ratings. People want to check in with what we are saying and this is reflected in online, in mobile.

“We plan with digital in mind from day one”

“The Washington revelations resonate with us in the news cycle in a way that I have not seen for a very long time. That’s all upside for us, but the downside is that you are right in the middle! All of us need a thick skin to cope with this. However, if this is the price for being successful and influential, here and around the world, then we’ll gladly take it.”

He adds that CNN-International is also working hard to see how stories are adapted for a digital audience.

“Years ago, we might have put out a press release saying we were first with this or that story. Viewers and digital users want our ‘first person’ reportage to place a story into context.

“But committing to that coverage prompts us to make a wide number of decisions: Who we place into these front-line situations, what support do they need, how can we protect them? We don’t have a bottomless pit of cash, so how it is spent is important in getting value.

“The other huge change is technology, which today is massively enabling. Once, to do the sort of work we do today would take 25 hard cases of equipment. Today we might have three people covering a story and technically everything they need can be carried on their backs.”

Asked how an essentially broadcast service could match or compete with the likes of Twitter, Facebook or the other online services, Maddox is emphatic: “We have never forgotten our ‘first-mover’ advantage as CNN.

“But today’s demands are different. We plan with digital in mind from day one. We ask ourselves what can digital do that TV cannot. Where can it create engagement that TV simply cannot. So we take the two demands as different propositions but which have a real harmonization.

“The truth is that the digital report, despite our improved ratings for the TV broadcast, will attract far more viewers and consumers. In fact, it is the ‘long tail’ working very well.” 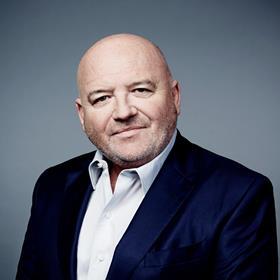 In 2015 the U.S. State Department honoured Maddox as a Trafficking in Persons (TIP) Report Hero for his role in founding and leading the CNN Freedom Project, which is now the longest-running awareness and investigative campaign on modern slavery on a global news channel.

Before joining CNN, Maddox spent 13 years with the BBC, latterly as head of news and current affairs for the BBC in Northern Ireland.