Cinematographer Vanessa Whyte started out by shooting her own music videos, has since worked with Ridley Scott and set up DoP group Illuminatrix to champion women. Whyte chats to IBC365 about pushing the gender balance and pursuing opportunities. 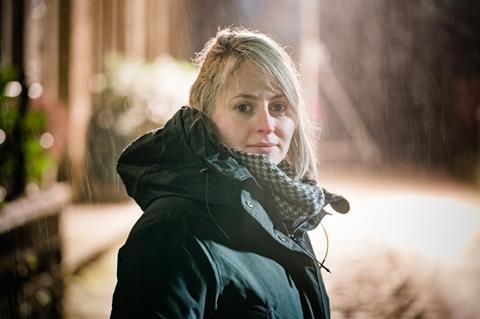 As a woman working in a male-dominated industry, Vanessa Whyte has had to prove herself as a safe pair of hands and overcome rejection in the ever-competitive film and TV world.

She shot the 2018 BAFTA and Royal Television Society award-winning drama Murdered for Being Different, directed by Paul Andrew Williams for the BBC. She teamed up again with Williams to shoot the six-part ITV series A Confession, which was written by Jeff Pope. It has since been nominated for Best New Drama at The National Television Awards and Best Drama Series at the Broadcast Awards.

Towards the end of 2019 she got back into shooting TV drama when she relocated to the Yorkshire Dales in October for three months as part of the crew for Channel 5’s reboot of the 1930’s All Creatures Great and Small, which is set to debut this Autumn.

Whyte is currently attached to a new project based in Hungary with director Paul Andrew Williams, however given the current coronavirus crisis, it is on hold for the time being.

However only a few years ago she was “considered a risk”, she says, and has had and experienced on occasions where although recommended for a job by the director and producer, studio executives have pulled rank and gone instead with a familiar face.

‘It is frustrating for women. You really have to prove your experience’

Confronting the rejection, she says: “That has happened a lot and is quite common for women. It is really disheartening when you think a director wants me, then you would hope the executives would trust the director and that relationship.”

She says the TV industry is renowned for taking working relationships for granted.

“It is frustrating for women. You really have to prove your experience, because you don’t get hired on your potential in a way that young male DoPs often do.”

She refers to graduates from the National Film and TV school as an example: “All the women who come out of there have the same training and they are doing really well but all their breaks and their bigger jobs have come years after their male peers.”

Behind the scenes
Whyte started her career in television doing various jobs, such as accounts assistant. After she completed an art history degree and had developed a serious passion for photography and visual arts, she knew cinematography was what she wanted to do.

She went on to study a master’s degree in cinematography at the National Film and TV School, where she applied her photography skills and learned about the power of lighting and the discipline of motion pictures. After leaving film school in 2009 she shot ‘behind the scenes’ documentaries for a year where she had ‘access all areas’status on set. An opportunity like no other, she worked without a director and had a unique perspective into the workings of Hollywood sets from the storyboard artists, VFX, costume and stunt teams.

She quickly found herself working with Ridley Scott on Prometheus – “a very different kind of project. Ridley is an amazing person, Dariusz Wolski is also a brilliant DP and watching him light was amazing.”

Another project was documenting the workings of X Men: First Class. “It was amazing, I learned so much and it was a real eye opener,” she says. 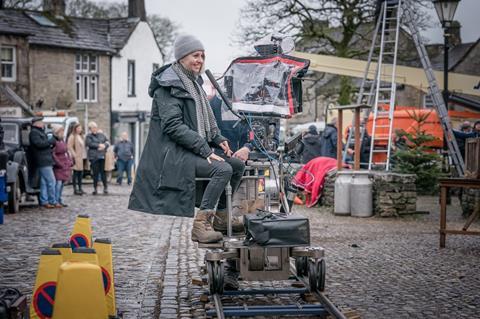 Getting creative with tech
However, after a year of this sort of work she opted to pursue shooting TV dramas and commercials to expand her skillset.

“I worked with Chris Ross, a good friend who gave me my first break in TV drama on Youngers, a London teen comedy drama,” she explains. “I followed him around doing second units, dailies and filling in for the main unit on different projects.”

She recalls a time when digital cameras were coming out so quickly it was impossible to learn the ins and outs, but she says since Sony and Panasonic have revolutionised the kit “it feels like it has plateaued.”

‘The quicker you can be, the more time you have to be creative’

She also observes from working on TV dramas that the power of LED lighting is “incredible and so much better for the environment and I think in general technology has been amazing.

“The quicker you can be, the more time you have to be creative,” she continues. “I wouldn’t say the schedules are easier because people aren’t offering more time, but you can make the best out of the time you have got.”

Illuminating the Illuminatrix
Whyte spent most of 2019 working on commercials, which allowed her to continue her work with the Illuminatrix, a group she co-founded to promote and support women cinematographers in the UK. It is not an agency but an eclectic group of talented women who work in the UK and internationally with over five years’ experience respectively.

The collective was started when DoP Catherine Goldschmidt and Whyte began hosting casual meet ups in the pub for their colleagues and friends working in the industry to share stories, experiences and opportunities. 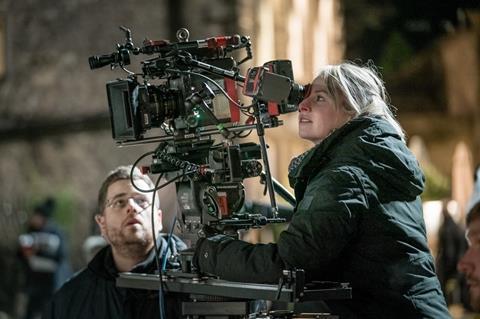 Whyte on female cinematographer group Illuminatrix: “Most people I speak to now do know about the website and want a gender-balanced group of people to interview for jobs.”

She explains: “It became a big social event and very informal, but we wanted something more focussed on our jobs. With everybody there from all departments, you can’t be specific, candid or honest about certain experience.”

The duo decided to create a private collective for DoPs which was formed with 12 women and now boasts 40. Whyte emphasised the purpose behind it is to not force quotas onto sets but enable women the same consideration for the jobs as men are offered. As an industry resource the website highlights members’ credits, showreels and details on how to book them for a job.

“I know a lot of female DoPs and we [had] experienced a bad state of affairs,” she says, in a reference to gender representation on set. “Most people I speak to now do know about the website and want a gender-balanced group of people to interview for jobs.”

‘There are a lot of women out there, and have been for a long time, but producers haven’t bothered to look’

She adds: “Privately as a group, we have meetings and use WhatsApp, recommend kit and update how we are working across the globe. It’s a support network and we partner with other people.”

The mission of the group is to use social media and word of mouth as an exposure tools, “Hopefully people realise there are a lot of women out there,” says Whyte.

She’s no stranger to being told she was the “first female” DoP on set. “Producers have said that a lot to me, but there are a lot of women out there, and have been for a long time, but producers haven’t bothered to look.”

While the exposure women have in the industry “isn’t great,” she adds, generally speaking she feels women are not as good at promoting their work, or as confident, as men; Illuminatrix aims to solve this problem.

Unconscious prejudice
“I don’t think it is just about sexism,” says Whyte. “It is a male-dominated industry. If you are a woman you just need to know you have to work twice as hard to get the job and overcome the unconscious prejudice against the way you look.”

Recalling her own experiences, having lost jobs to younger and less experienced men, she says it needs to be measured on a case-by-case basis and the best outcome is to learn from it.

“I got to a stage after so many rejections for jobs I was suited to and knew the director wanted me, I thought, ‘I have to change my approach’,” she adds. “I was approaching job interviews wrong, so I became proactive and pulled my finger out when it came to getting job interviews. I learned the hard way.” 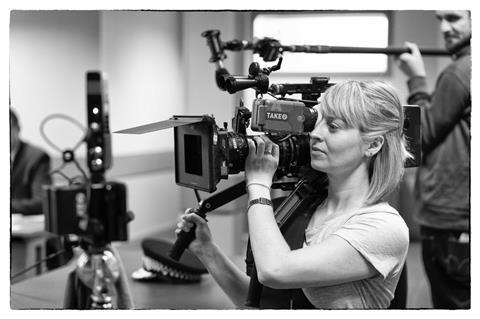 Whyte: ”Everyone needs to be given the opportunity to participate in the very competitive film industry.”

Whyte says she recognised her own naivety and lack of preparedness.

“Work hard to get an interview and don’t be lazy,” she advises. “People can like your work but you need to reassure people in interviews [that] you are a safe pair of hands, will meet schedule deadlines and when things go horribly wrong you can think of your feet and solve problems.”

She says women should not be intimidated. “Usually men are supportive and have all taken the time to teach me,” adding that the industry is supportive and encourages hard workers.

She does acknowledge some “horror stories” have come out of lighting departments on set but says: “If stupid banter makes you feel uncomfortable, address it as soon as possible and you will subvert people’s expectations. Everyone needs to be given the opportunity to participate in the very competitive film industry.”

IBC365 spoke with Whyte before the Covid-19 crisis broke into the UK, before the social distancing regulations and lockdown took place. Whyte shared her concerns and the challenges to freelancers at that time; however, with situation deteriorating, initiatives across the industry are rallying behind freelancers.