Passionate about sports and storytelling, Vera Bichler speaks to IBC365 about being the first female football director at Austrian broadcaster ORF 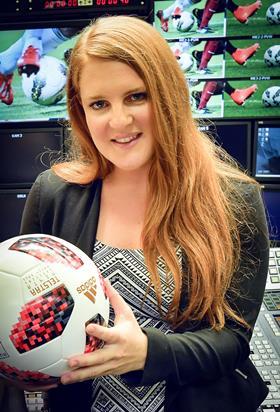 She was recently appointed as the first female sports director at ORF Sport+, five years after graduating.

She’s directed five matches from the Women’s Football Bundesliga, and is set to direct a further five this year during the championship.

Bichler has also directed matches from the Austrian Women’s football league and a qualifier game for the under-21 Austrian national team against Russia, where Austria qualified for the European Championships.

While women’s football in Austria is not as big as skiing, she says: “It is the ideal first step to get a chance to conquer the [live directing] field.”

She explains: “The most important step [in directing] is the workflow and communication, knowing what is coming up next for the team. You also have to have a passion for sports because sport is always about emotion and storytelling.”

She adds: “It is important to stay calm and well prepared for what you are doing and not to get irritated.” 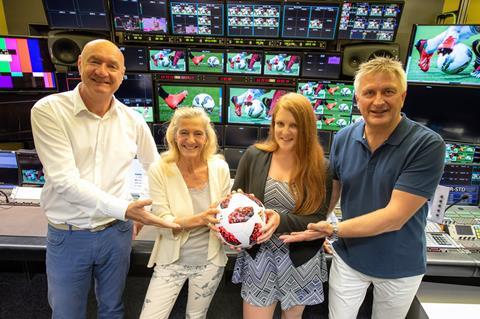 In her team, there are five young assistants (three men and two women) who all aspire to “one day” become the director.

She says more women are entering the sports broadcasting sector and it’s “only a matter of time” before the gender balance becomes more equal.

Bichler also hopes to influence her younger female peers as a role model working in a technically advanced role in a male dominated industry.

She acknowledges that the language and tone used by men in a production studio can be intimidating for women, but says this doesn’t bother her. “It can be challenging for women working in sport - a field where men dominate.”

“We need more women who think they can do it. We need to change their mindset because no women have worked in this position before. It is about changing the environment and perception of directing sports.”

Bichler points to significant steps in championing women across the industry in leadership and technical roles in recent years.

Her advice to an aspiring director is to not get overwhelmed, to stand up for what they believe in, and to be prepared to make mistakes.

She says: “Live coverage means you need to make instant decisions and be confident in choosing the execution for that moment. That said, sport is not a life or death operation. It is okay to make mistakes.

In fact, Bichler says she embraces her own mistakes as learning opportunities and as steps to becoming a more efficient and stronger director.

Taking the lead
Bichler says she always wanted to work in the media industry, and enjoys working with teams in a broadcast industry that gives her opportunities to progress. 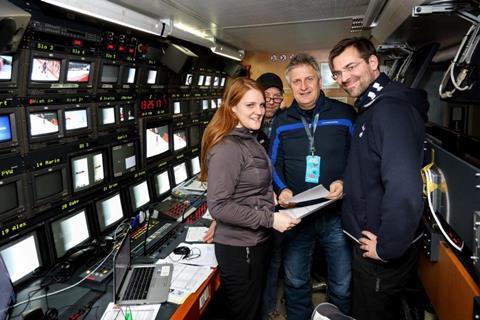 Live production with Vera and team

She praises the support from her boss who encouraged her to apply for the Sports Direction course last year, hosted by the Broadcast Academy at the UK’s National Film and Television School (NFTS). The hands-on training she received helped to improve her skills and to boost her own confidence.

“The course gave me practical help to learn how to direct major sports events, and to take this next step in my career. It is important for women to not shy away from opportunities and to acquire skills, confidence and experience to rise in this field.”

“I have learnt so much over the last five years. I realise I started with not that much confidence. But my boss at ORF is very supportive and he pushed me to cover stories my male colleagues would not hesitate in covering.”

She adds: “Today, I have that confidence and I’m excited to step up and tell my boss the stories I want to cover.”