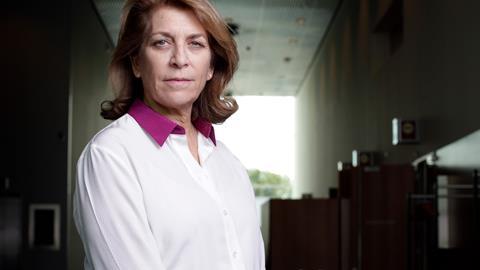 In the first of a series of interviews with inspirational female leaders in the run up to International Women’s Day, IBC365 spoke with Maryann Brandon about how she became an editor and what it takes to succeed in a male-dominated part of the industry.

Film editor Maryann Brandon says the hardest part of any project is finding a starting point.

“Where do I start in this scene? Do I want to start in close and pull out? Do I want to start wide and establish? Where am I coming from? What’s the incoming scene?” she says. “And that sets the tone for the next couple of shots I add. In my mind I think – how am I going to tell this story? What is going to be the most effective way?” 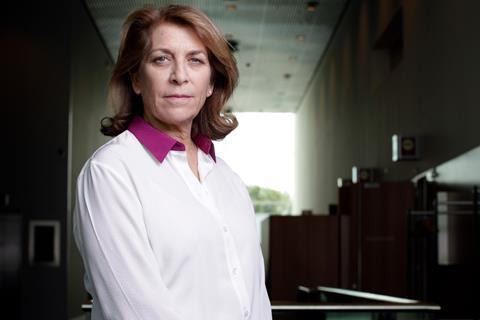 Her own story features a lot of determination and focus, and a touch of serendipity.

“I loved movies from ever since I can remember,” says Brandon. “I used to go to movies on the weekend and when I came home from school, I’d watch the Million Dollar Movie [showcase] on Channel 9 in New York. But I’d no idea it was even a business. No-one in my family did that.”

The talented editor is now known across that same business for blockbuster action features and TV, such as Mission Impossible III and Passengers, and the long-running Alias TV series, her first project with director J.J. Abrams. Brandon has since edited a clutch of Abrams’ films collaboratively with Mary Jo Markey, including Super 8, the revamped Star Trek franchise and Star Wars: The Force Awakens, which received an Academy Award nomination for editing.

It was around that sci-fi spectacular that her IBC2018 Big Screen presentation was based. “I wanted to give people a little bit of an insight into the human part of all of it,” she says. “You still have to use your brain and create a story and that’s the really fun part.”

Back in NYC
The focus on film and story harks back to her college days, where she joined an otherwise all-male movie club. “They ran around with a camera making movies, that showed in the student union before the film that was showing that week,” she says. “There was one film class and I took it, and I became the girl in all the films.”

A connection via the college art department saw her receive an invitation to apply to NYU. “I was three years on the road, making films,” she says. “You had to write them, you had to crew them, it was a great experience. And terrifying at the same time.”

Brandon’s fellow NYU students included Spike Lee, Ang Lee, Jim Jarmusch and Susan Seidelman. “They always seemed like bigger personalities,” she says. “I had no idea. I didn’t know you could submit scripts. I wouldn’t even know who to talk to. I didn’t have an uncle in the business… It was overwhelming enough for a girl from Queens, who just loved films.

“Actually, editing wasn’t so much my thing,” she adds. “I liked directing and I liked writing, but in order to graduate, I had to finish my thesis film. I was dead broke. So I got a job at the Brill Building which was at the centre of where people in New York cut their films. They traded me a small cutting room for odd jobs I did there.”

It was there that someone took her on as an assistant editor, for “actual money” she says. “That’s how it started, I was getting paid to be part of these big projects. I got hired by an editor in that building to be an apprentice on The Cotton Club for Frances Ford Coppola. That was a pretty great way to learn.”

”If I had any free time, I was going home to spend with my kids. I’d bring my children to the cutting room. I was doing this for my family, and I wanted to be there for them.”

Work on A Chorus Line followed, working as second assistant with editor John Blume on the film directed by Richard Attenborough, and her career took off. “I’ve just been really lucky,” she says. “And I’ve worked really hard at it.”

When interviewed, Brandon had recently finished cutting Marvel’s Venom. It was her first superhero movie, but she says she didn’t approach it differently from past projects. “I just try to suss out what the emotions are going to be and what needs to be told in each scene,” she says. “You need to tell the emotional stories. That’s the driving force.”

How long the shot should be and when to cut it is, she says, is all about rhythm. “Sometimes I’m pacing the dialogue or I’m pacing what somebody is experiencing and how they are experiencing it. It’s just a feeling thing. And sometimes I’ll go back and re-adjust based on feedback I get and what the director intended and what the writer intended.”

The next generation
Brandon is a prime target for requests for help and guidance for the next wave of editors. “I [tell them] to get to know who you can, get to know what you think your strengths are and what you want to be. I try and help out where I can.

“I can’t take someone on,” she adds. “I don’t have a lot of time in my day [now] and for a long time I had young children, so I was very selfish about it. If I had any free time, I was going home to spend with my kids. I’d bring my children to the cutting room. My focus was that I was doing this for my family, and I wanted to be there for them.” 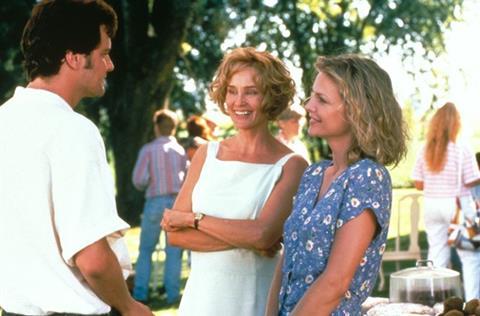 A Thousand Acres: Required travel to many different locations

It was also this commitment to her family that led Brandon to her most established working relationship. “I’d done Grumpy Old Men and Born To be Wild and the kids got to a certain age,” she says. “I did A Thousand Acres, and we’d go on all these different locations: two kids, the dog, the nanny, the nanny’s kids. I’d be setting up kindergarten classes and going to New York for three months. By the time my son was 11 the school was getting pretty pissed off with me about taking him out of school. This producer friend of mine called and said she was working for J.J. Abrams and doing a new show for Disney [Studios, in Burbank, California], which was near my house. I went to an interview with him and it was one of the best I’ve ever had. That’s how I got the job on Alias.

“I was planning to stay for a couple of episodes and ended up staying four years,” she says. “J.J. was great to work with and it was a great show. I directed a couple of episodes - I got to do a lot of second-unit directing. I was very involved with the whole thing. But it basically came about because I couldn’t go on location anymore!”

Animated adventures
Another significant project produced locally to Brandon, albeit one that flew in a completely different direction, was How To Train Your Dragon.

“My neighbour worked at DreamWorks Animation - she was the producer of Kung Fu Panda - she called me one day and said I know you’re busy, but do you know any editors who can just teach our directors how to do action scenes. And I just said, “I’ll do it!

“It was so different, it was backwards” she continues. “I would meet with the directors and we would talk about scene like the dragon getting chased by the other dragons, and I’d have to say what shots I wanted up front to build a sequence like that, as opposed to getting a bunch of shots and figuring out which I want to use. I was dictating: “I want a quick whip-pan for speed, and I need you to need to tilt up from the dragon face to the kid’s face, so I get their connection.”

However, Brandon feels it’s the same as her general approach to editing. “Even if I have a bunch of footage, I’m still looking for particular things in that, for me to tell the story. When I did the animated film, it was like a blank page. I could say “these are the things I want” and then I could go back and get more.”

But the Burbank studio location also meant Brandon was again working near home. “My career became this thing about ‘how do I spend all my time with my kids?’” she says. “It meant a lot. I was very fortunate in that I could do both these things.”

Brandon is keenly aware she has been lucky in terms of a work-life balance, but like the other aspects of her career she’s worked very hard to achieve it.