EBU DG Noel Curran’s career in broadcasting has given him a firm grasp of politics, technology and economics. But with broadcasting changing dramatically, there are challenges ahead. 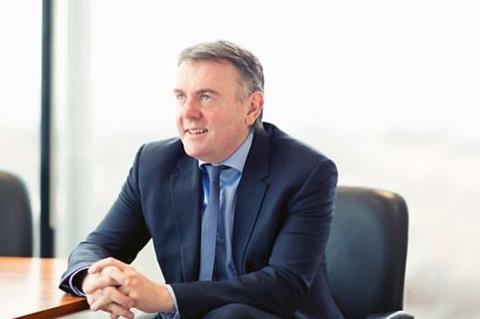 Noel Curran has broadcasting in his blood. When a student at Dublin City University his final year thesis was on the future of Public Service Broadcasting. This, not a total coincidence, is almost the title of his panel session on 13 September at IBC, ‘Can Public Broadcasters Stay Relevant’.

In between writing his thesis and his joining the EBU as director general in 2016 he worked as a business journalist and joined Raidió Teilifís Éireann (RTÉ) in 1992 as a current affairs’ financial journalist, and subsequently a factual producer. His international broadcasting claim to fame was helped by his role as executive producer of a Dublin-hosted Eurovision Song Contest in 1997. He ended his RTÉ career as director general.

Observing the changes
Curran says that everything in broadcasting has changed: “There have been different eras of challenge as far as public broadcasting is concerned. The explosion of commercial TV was one huge challenge which public TV responded to and is now seen as a really positive development.

“There have also been political challenges throughout the decades,” he continues. “Some political ideologies have been negative towards public service media. There have also been technological changes to be funded and handled. But what we have not had to face before was the phenomenal diversity and range of choice now available, and the opposite of that which is the concentration of power, and how a small number of media companies have an unprecedent reach, access to investment and influence on the advertising market. Totally unprecedented, and a very real challenge for all public broadcasters.”

‘A small number of media companies have an unprecedent reach’

Curran, helped by having lived through many of those difficulties at Ireland’s public broadcaster RTÉ firmly says that public service broadcasting has survived down the ages, and “is not going away”.

Curran says that while the BBC’s license fee helps provide the cash for some wonderful programming, the EBU’s smaller members – with much less money - are surviving by supplying the very content that people want.

“Smaller broadcasters are still providing national content that’s relevant, and in a range of genres that the media giants cannot replicate. Each country has its own uniqueness, and it is in supplying that relevant content that will see public broadcasting survive. If they do not get that content right, then we are under threat.”

He argues that broadcasters must embrace the new methods of delivery, to consumers wherever and whenever they want. “It is a technology challenge, and also a regulatory challenge and regulators need to see that the world has changed. Some of them have been overly cautious in supporting these changes. Frankly, they have not done enough in regulating new media. Regulators need to realise that for some of our members it is a dogfight for survival. It cannot be right that our broadcasters have to work within some very tight rules but there are no rules for new media.

“Public broadcasters know they have to innovate and make quick responses to the market,” he adds. “We realise we receive public funding and that’s fine, but the market is changing rapidly and is very fickle; much greater flexibility needs to be allowed.”

Singing for Europe
During Curran’s time at RTÉ, he won awards for his investigative journalism and as a producer. Indeed, as well as his success on the Eurovision Song Contest, he looked after Irish general election coverage, live entertainment and plenty of factual series. By the way, he also married the winner of the 1996 Song Contest in Oslo, Eimear Quinn, and they have two daughters.

He has brought these past experiences to the EBU. One of the its top priorities is to boost the number of co-productions between members. “What we have seen today is that our members are much more open to partnering on content,” he says. “I would accept the criticism that in the past we might have been a little arrogant in saying that only we understood our respective markets. Now, I am happy to say, that co-productions are absolutely driving us, in drama, in factual, both in mini regions such as the Nordics as well as with the ‘Big 5’ European players.”

Asked whether the licence fee model is under threat, Curran says: “The license fee is not going anywhere in the short term. We have seen some changes where countries have moved towards direct funding, but this is not general. But few of us would predict how long the license fee stays. Other funding models are almost certain to emerge over the next ten years. 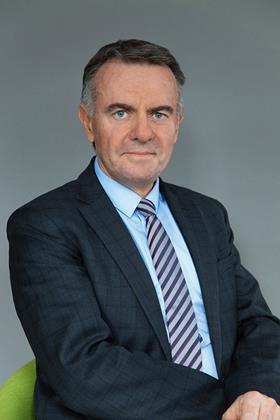 ”What we have seen today is that our members are much more open to partnering on content.”

But the decisions around the license fee will largely depend on political trends and philosophies over the next 10 years. But at the moment there’s no evidence of a widespread shift. Ten years from now the world will be different, and maybe the license fee model will also be very different, but the fee model has survived quite a few challenges already!

“All of our members know that they have extra challenges to face, not least reaching younger audiences,” he continues. “They know they have to invest more in every aspect of digital. But funding is tight for some of our members. Governments should help, but we always say that broadcasters need to bring properly developed plans, fully costed, to government and governments then need to respond positively.”

Curran says the broadcasting market never stands still. The EBU has welcomed Reed Hastings to one of its recent meetings – interviewed by the BBC’s Tony Hall - and Curran stresses that the EBU is staying fully abreast of developments for its members. He says he is confident that public broadcasters can and will stay relevant. But there are risks. “It is inevitable that as Netflix, Amazon and the likes of Apple and Disney and the others, with their huge budgets, are going to influence what we can do. Will they will take the best on-screen talent, the best writers and directors and camera crews from our market? All this is possible. Those sorts of budgets will have seismic influence.”

Noel Curran will be speaking at a session on public broadcasters staying relevant on Thursday at IBC2019.