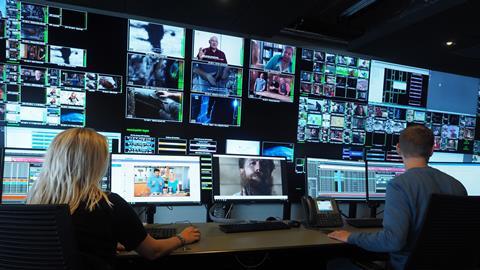 AMCNI had reached the conclusion that technology, and specifically the delivery of content, was no longer core to its business.

AMCNI owns and operates a host of channels around the world, including BBC America, the Sundance Channel and AMC, which airs The Walking Dead, arguably the organisation’s most well-known show.

TVT counts the BBC, UKTV, Scripps and Netflix among its customers, with facilities in London, Singapore, Tokyo and Sydney, as well as a software development centre in Poland. 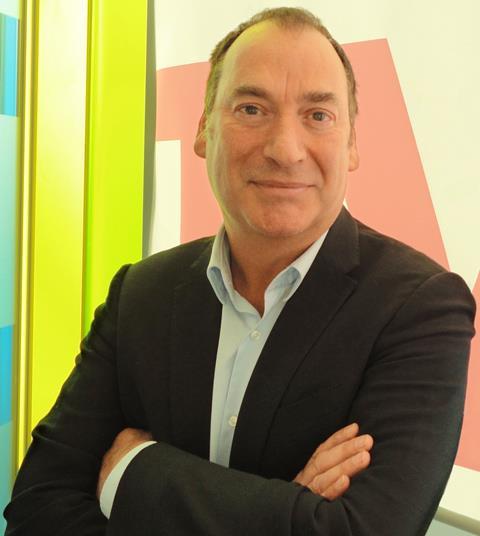 Brotherston says that while the London-headquartered TVT experienced 100% growth last year, in order to reach “the next level” it needed to pursue inorganic growth.

When Brotherston became aware that DMC (pictured above) was up for sale, he approached owner AMCNI. Brotherston says it soon became clear that the businesses were “a perfect fit”, and around four months later the deal was done.

The cash transaction, which completed on 12 July means that the combined businesses (including contractors and freelancers) employ 480 people. As part of the deal, TVT will provide content management and playout services for many of AMC’s channels across Europe.

Despite its presence in Europe and Asia, it is the DMC deal that positions TVT/DMC as a truly global operation, Brotherston says.

“TVT has grown a lot in the Asia Pacific region and the UK, but didn’t have much reach across continental Europe. DMC is the leading European gateway in the most connected city in Europe, so [the DMC acquisition] added extra territories that are complementary.”

Brotherston also points to the range of services now offered as a result of the acquisition, which he stresses is not a case of “combining two and two and crashing the cost down to three”.

“We primarily provide content services, such as manipulation, compliance, access services and transcoding and then we hand that content over to someone else who handles playout or distribution. We were expert in content, now we are experts in content and distribution and we can provide an end-to-end service.”

DMC delivers media in 40 countries and in 36 languages, with clients that include A+E Networks, AMC Networks International, Fox Networks Group, Liberty Global, and Sony Pictures. Its playout function, which has been shortlisted for an IBC Innovation Award, is “the leading virtualised platform at least in Europe, possibly the world,” says Brotherston, adding that by the time IBC takes place in September some 80 channels will be live on the platform.

By September, Brotherston also aims to have much of the integration of the two companies complete.

Brotherston joined TVT in February 2015 from Ericsson, where he helped the telco giant push into the world of media and broadcast, primarily through Ericsson’s 2013 acquisition of Red Bee Media. As such, he is well versed in the trials and tribulations of acquiring and merging businesses.

“Software and people can happen quickly, so by IBC we want to be able to present our top team and for there to have been a seamless integration of systems. Some of the physical elements take longer.”

One small area of overlap is in the realm of video on demand. “We both do a reasonable amount of VoD work but for different clients. We need to asses both approaches and work out which is better, or whether there is a third way which requires some integration of the two. It’s only three weeks since the deal but that work has already started.”

Brotherston, who was in Singapore when he spoke with IBC365, points to the ongoing trend of the globalisation of content as something that TVT/DMC is well placed to serve.

“Content is global and we are good at making that work,” says Brotherston. “We can take master content and we can recognise that it needs to be shortened or lengthened or versioned or ad breaks inserted, or that what might be fine in one country is not acceptable in another. That can be a massive help to international broadcasters.

“And now we can deliver anywhere in the world. Our IP-based platform means we can deliver literally anywhere, plus our fibre and satellite capability means that broadcasters can give us content, tell us where it needs to go and we can tell them the formats and technical standards needed and then we can make it happen. This deal genuinely makes us a global business.”

Read more IP is key to format flexibility and future-proofing