Forget VR – what broadcasters and media companies should be investing in is voice UI and AI technologies. That was the unanimous verdict of technology heads from Channel 4, IBM, Liberty Global and Ericsson.

Technology bosses at the media companies were tasked with assessing the hottest new technology trends at IBC, based on how they might offer their businesses the chance to expand reach, grow services and satisfy consumer demand.

“With voice the opportunities for ways that people can discover our content is huge. The options are growing and growing - some voice apps are pretty basic but others are amazing,” he said.

Warr added that when voice was integrated with AI, smart devices around the home, recommendation engines and creating smart navigation it would present the UK commercial broadcaster with exciting new ways to bring viewers closer to its content.

Steve Plunkett, CTO at Ericsson’s media and broadcast services division added with consumer uptake of voice activated services such as the Alexa platform proving “unexpected hits”, he predicted that there would be widespread adoption of the technology. 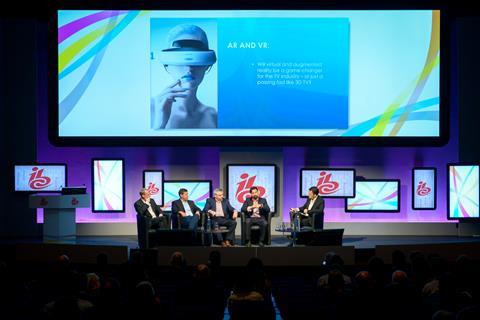 “I think voice will become the most pervasive ordinary interactive technology we’ll see,” he added.

Fellow panellist Adrian Drury, Technology Strategy and Insight Director at Liberty Global confirmed that voice would be central to the cable operator’s next generation TV platform.

“Our audiences aren’t going to suddenly watch Coronation Street on a VR headset.”

“Voice UI is what our customer base wants and we’ve been doing a lot of work around that,” he said.

AI, machine learning and automation was the other key area that panellists agreed would disrupt all aspects of a broadcaster’s business.

“It will be important in pulling insights out of video content, for automatic metadata generation, smart search and even for monetisation – finding out what content and ads consumers most are interested in,” he said.

While the panel was keeping an eye on AR, with companies like Snapchat, Google and Apple all announcing integration into the next generation of their devices, they were less upbeat about VR, citing sluggish consumer uptake, bulky and expensive kit and the fact that genres such as soaps and sports were shared TV experiences.

“In the gaming market – yes, but even in sports it’s challenging because putting a headset on makes it a more isolated experience,” he added.