Fitting out a new ‘pay as you go’ news studio required a focus on future proofing and building an infrastructure with the resilience and contingency to handle 4K from cameras to cables, writes Wesley Dodd.

Celebro Studios is a global broadcast TV company that supplies production, studio space and networks around the world. We opened our first studios in London with a focus on serving a news client base. While in years past broadcasters would build their own facilities and have big hubs around the world, these days they are feeling the financial squeeze like everyone else, and justification to own property in these locations has disappeared. 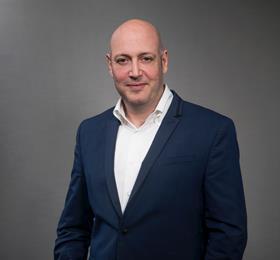 In London we have broadcasters that ‘buy’ the use of a studio for four hours a day or two days a week; it gives them a much more cost-effective and flexible option, with the high-end equipment they expect and need.

Since this model worked so well in London, we decided to look at the US and found that there was a huge gap in the market for fully equipped multi-camera studios.

Our first studio in Washington DC had been in operation for 40 years; if you’ve seen a live report with the White House in the background, chances are it was shot at this facility. We took it on soon after it had closed and had to rip everything out as soon as we moved in.

The risers were stuffed full of more than 25 obsolete cables, which was most telling about the march of technology and what we needed to avoid. Within a few hours we had replaced all the cabling with a single fibre optic.

When making the decisions about how to equip the facility, our priorities were a combination of future proofing and building an infrastructure with the resilience and contingency to handle 4K.

News production is unlikely to move that way for a while, but the fibre optic cable gives us the capability – and we’ve found that it reassures people; if we can handle 4K, goes the thinking, then HD will be no problem!

We also found that much (though not all) of the equipment available today is 4K ready, and most of it is no more expensive than a pure HD version; so why wouldn’t you choose the 4K capable equipment that will still give you the HD you need today?

While we work largely in live production, we still needed the ability to capture, record and distribute content.

With 4K, you need to consider not only the size of the files but also the speed at which you can access it. Most studios in the UK have CAT6E infrastructure, but we found that this standard is much less well known in the US; people were questioning why we needed it, but if you can’t pull those huge files across your network it’s not going to work. We have learned the hard way that broadcast workflow and networking are equally important when building studios.

The White House facility re-opened in February and is 4K-capable from cameras to cables. We’ve had great feedback already - those that had used it in years past obviously appreciate the new LED lighting, nice talkback quality and improved décor as well as the technical capabilities.

We’ve also found that people do want to shoot in 4K, not for broadcast but to gather the highest quality material for future use.

We have an additional multi-camera 4K facility opening in March near the Capitol building in Washington DC, and we’re also branching out into Hollywood with another 4K studio operating to a similar template.

Again, most broadcasters can’t justify the cost of building a studio for a nightly or weekly entertainment show, so a ‘pay as you go’ 4K-ready studio fills another gap in an adjacent market.

When we built our first 4K studio in London, the technology was just beginning to come to the fore, so over last three years we’ve had the opportunity to find out what works and what doesn’t.

With all kit, you’re making compromises somewhere, nothing does everything you want it to do, or if it does the price point might be wrong.

Compatibility is getting better, but lack of expert knowledge in this space has meant we’ve had to become our own experts. We’re lucky that we’ve been able to bring it all to the test, and our US studios are that much more advanced because of lessons we learned in London.