Eagle-eyed sports fans may have seen the following sporting stories in recent weeks: a new 100-ball cricket league announced in London; the second annual draft of the Big3 three-on-three pro basketball league in America; and junior Golf Sixes leagues – match play over just six holes - being set up in the UK and Europe. 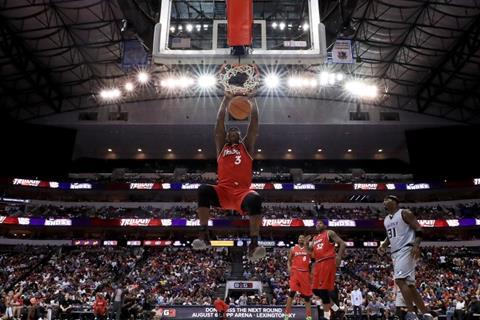 These were some of the latest attempts for short-form sports formats to woo TV audiences. From Tiebreak Tens tennis to Power8 Sprints city centre rowing, shorter sports formats have been emerging for digital audiences for whom time is often fleeting, while viewing choices are continually growing.

The announcement last month of a new 100-ball cricket competition – to be known as The Hundred - by the England and Wales Cricket Board (ECB) was just the latest. Greeted more with a shrug than wide-eyed surprise, critics soon wondered why cricket needed a rival to probably the best short-form sports story of all time, Twenty20.

Stephen Nuttall is a commercial and strategy advisor on sports, and a former senior executive at YouTube and BSkyB. He says experimentation should be encouraged but asks if the focus of The Hundred is on the fan: “The format of The Hundred seems to be driven by a desire [for cricket] to be slotted into a terrestrial broadcasters’ schedule.”

The Hundred aims to start in 2020 and features eight newly-created teams representing Welsh and English cities, rather than counties; 20 fewer balls to be bowled than Twenty20; a player draft (just like Twenty20); and a new-style scoreboard at each ground.

Nuttall says: “The bottom line is that viewers have so much choice that if content can’t hold their attention then it will fail. Every new format needs to have a compelling idea behind it and the question is: are matches with 100 rather than 120 balls magically more compelling and will audiences on BBC Two tune in as a consequence?”

‘I worry that some of these events will also dilute their sports. They have to have quality with the best players’ – Barbara Slater, BBC

In 2002, Twenty20 cricket was originally seen as a radical version of a sport that was running out of steam. Fans were sceptical; Test Matches were poorly attended in most cricketing nations and the various limited overs contests looked tired. Now it is accepted as a cash cow for every cricketing nation.

BBC Head of Sport Barbara Slater says The Hundred was just one of many innovations to cross her radar, but broadcasters need to be more involved from the outset: “Some new formats may rise to the top, but some will not.

”We met the ECB 18 months before the rights deal was done and we downloaded what our views were about The Hundred. They listened to some of it and obviously had different opinions and went down other roots on other parts of the plan.” 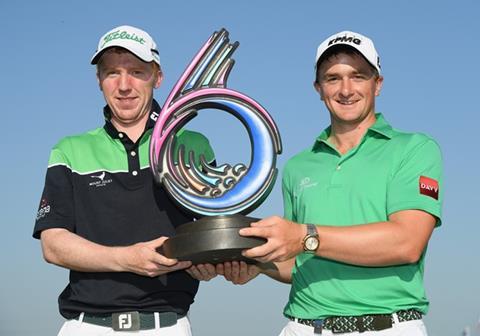 While the jury is still out on The Hundred, golf’s European Tour has worked extensively with Sky Sports to produce Golf Sixes.

The inaugural two-player international team tournament in 2017 was a rushed into place, but improvements were made this year and Golf Sixes has begun to establish a place in the golfing calendar and with golfers of all abilities.

The six-hole match play format means players hit alternate shots once the ball is struck from the tee and, rather than the five-hour slogs often endured by professionals in a stroke play event, each Golf Sixes encounter lasts about an hour.

The new format is now spreading to the amateur game, with golf bodies such as the Golf Foundation and England Golf announcing the formation of leagues for club players and juniors.

This year’s version featured both men and women pros in the field for the first time and €1 million prize money.

Other changes to the normal golf formula include the introduction of a 30 second shot clock on some holes to help speed up play.

The pros have given it a thumbs-up, although only six of the top 100 male players in the world took part this year.

England’s Eddie Pepperall believes Golf Sixes could be the centre point in a festival of golf that breaks the sport’s fusty traditions. He even dressed his two-man team in retro England football shirts at this year’s tournament. He said: “Golf Sixes needs a vision and more investment so that in five years’ time, it’s bigger with more top players involved.”

Golf Sixes Championship Director Mark Casey knows that the Tour’s multi-million Euro investment is setting a strong foundation, but the pressure is on to attract sponsorship brands in year three: “We had Plymouth Gin this year, but we are also talking to lots of brands this week with some potential partners playing in the pro-am and looking at us. We need a commercial partner to grow this event.”

Golf Sixes is listed as a legitimate event on the European Tour and already has widespread support, but other similar short form formats fall more into the entertainment category and lack a clarity of purpose within the sport. 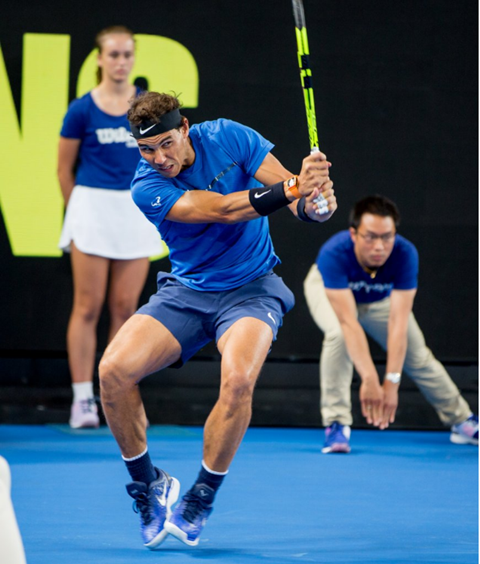 Tie Break Tens are quick tennis knockout competitions that have featured the likes of Serena Williams and Andy Murray, but critics claim this series of one-off, high profile fun events in various cities is not related to tennis as a whole, perhaps because it is owned and operated by a commercial company – the New York-based Madison Square Garden Company (MSG) – rather than an actual sporting body.

That is not the case for Power8 Sprints, launched earlier this year by British Rowing. Teams of rowing eights – both men and women’s crews – will take part in a series of 350m sprint head-to-head races in eight cities, starting with Bristol in July.

With broadcasting partner Sunset + Vine, Power8 Sprints has a very clear ambition – to raise awareness and grow the sport of rowing. Sunset + Vine Executive Producer Sarah Greene said: “The proliferation of short form sports is a fantastic development, particularly when the format has a clear purpose. British Rowing brought Power8 Sprints to us with the clear aim of putting rowing in front of a wider audience.

“It’s a made-for-TV offer lasting just a couple of hours and is based on a simple knock-out formula. It takes place in cities where non-rowing audiences can watch. It’s a perfectly understandable piece of sporting television,” she adds.

‘The proliferation of short form sports is a fantastic development, particularly when the format has a clear purpose’ – Sarah Greene, Sunset + Vine

But for Barbara Slater, the question of sporting quality is crucial: “Short form is here and will manifest itself in many ways. I know that lots of sports are looking for this holy grail.

”Will some of these new formats take off? My guess is yes, but I worry that some of these events will also dilute their sports. They have to have quality with the best players.”

However, the search for that “holy grail” may have to take place without the digital giants like Facebook, Amazon and Twitter who have already bought quality sports rights such as NFL American football, MLB baseball and even WWE wrestling.

Stephen Nuttall feels the shorter formats are not yet prime targets. “Quality programming will hold audiences on TV and online, whatever the viewing platform,” he says.

“For example, football fans watched BT Sport’s live broadcast of the UEFA Champions League final on YouTube last year for just as long as they watched on the regular TV channel.

“With an average mobile viewing session being over an hour, YouTube can deliver TV-like viewing times. By contrast, Facebook’s users visit frequently but don’t hang around.

”So, their focus is on acquiring live sports that might encourage a sports audience to bring its TV viewing habits to Facebook. I’d expect them to go after established sports, although they might have more success with less obvious choices where the social angle could be stronger.”

There is also a reluctance for sponsors to rush in for the short formats. Nuttall says: “There’s no proven audience and no guarantee of success for the new experimental events. Why would a sponsor, who will have no shortage of proven alternatives in what is a buyer’s market, take a punt on something new? Sponsors can afford to be choosy.”

But commercial caution will not stop more short formats from emerging and the sports industry will study the results of this summer’s latest new events with renewed interest.