The Chinese government has blocked Microsoft’s search engine Bing, joining Facebook and Google as the latest foreign technology provider to become unavailable in the country.

Despite Microsoft already censoring its search results for the region, the Chinese government’s Great Firewall of censorship has cracked down on all foreign influences. 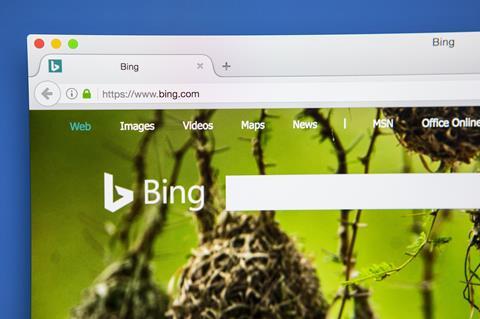 The government controlled firewall uses a series of technical measures to block foreign platforms in a move guised as protecting users from controversial content.

Microsoft was the only major foreign technology giant with an office in Beijing since 1992 and the only foreign search engine left in China.

However, search results now produce an error message for users, according to a BBC correspondent in China, denying access to the most prominent foreign search tool in the region.

In a statement, Microsoft said: “We’ve confirmed that Bing is currently inaccessible in China and are engaged to determine next steps.”

The censorship would come as surprise to Microsoft who has taken measured steps in engaging and working with Chinese regulators to tap into the world’s largest engaged internet users.

Microsoft has a history of cooperating with the Chinese government with an established research centre based in Beijing in 1998 launching the careers of artificial intelligence (AI) experts and a world-class research lab.

Microsoft Research Asia managing director Hsiao-Wuen Hon said in a statement: “As we have grown, our commitment to fostering talent and building healthy IT ecosystems in the region has expanded.”

The censorship of Bing would likely cause tension on the relationship with Microsoft and its commitment to the region, however also points to further tensions rising between the Western technology companies and its penetration into the Chinese market.

The government has blocked its citizen’s access to a variety of websites including Facebook’s WhatsApp messaging app which disappeared in 2017, while Google’s search engine has been unavailable since 2010.

Google chief executive Sundar Pichai said last December it has “no plans” to relaunch a search engine in China though it is continuing to study the idea amid increased scrutiny of big technology firms.

Rising tensions between the East and West
Chinese technology company Huawei has faced restrictions in recent months across its deployment of its technology products across the Western world with fears its products could be used for spying and national security risks.

Speaking during the World Economic Forum in the Swiss Alps, Huawei chairman Liang Hua said the firm would consider shifting its services away from countries with this outlook and transfer its focus “where we are welcomed.”

There has been rising concerns on Huawei’s contribution to the world’s growing 5G next-generation presence and has been blocked in the US, UK, New Zealand and Australia from its 5G roll out.

The Chinese company has denied allegations its equipment would be used maliciously.

Last year under the Trump administration a new law was introduced which saw legislation to prohibit the US government from buying particular telecom and surveillance equipment from Huawei and ZTE.

This week, top US universities have removed telecom equipment made by Huawei to avoid losing federal funding. According to Reuters, the move is in response to the National Defence Authorisation Act (NDAA) which President Trump signed in August.

The US legislation bans recipients of federal funding from using telecommunications equipment, video recording services and networking component made by Huawei and ZTE.

The Chinese communist party has increased its crackdown on its citizen’s internet freedom with Chinese Twitter users facing detention and threats earlier this month, according to the New York Times.

Chinese President Xi Jinping has accelerated control of the internet in China since 2016, as the ruling Communist Party seeks to crack down on control in the social media landscape.

In a statement on Wednesday, Cyberspace Administration of China (CAC) said it had deleted more than seven million pieces of online information and 9,382 mobile apps.