BT Sport has lost its exclusive hold over coverage of the UEFA Champions League, with streaming service Amazon securing 17 games and the BBC airing highlights for the first time.

Under a new broadcasting deal with the UEFA, BT has secured the rights to the majority of the Champions League games from 2024-27 at a cost of £305m a year. 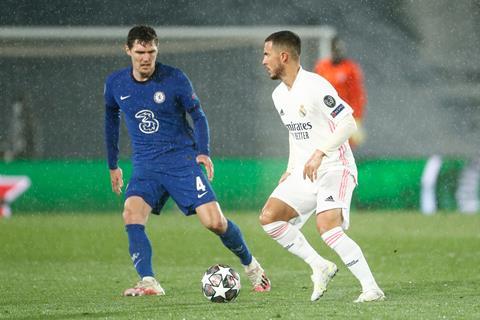 Amazon has won rights to the top pick of the Tuesday games each week from the new expanded league stage through to the semi-finals — a total of 16 each season.

The value of Amazon’s deal was not disclosed, though the total value of UK rights is reportedly around £1.4 billion.

BT also has the UEFA Europa League and the UEFA Europa Conference League exclusively live, for a further three seasons, including highlights and in-match clips. BT Sport said it will show 533 of the 550 games available each season with 113 more games for customers to watch each season in the new format competition. Twelve more teams are playing in each competition from 2024.

BT Sport said it will continue to make the finals available for all to watch.

BT has aired UEFA’s men’s club tournaments exclusively in the UK since 2015.

Marc Allera, chief executive of BT’s Consumer Division, said: “BT Sport continues to be the home of the UEFA Club Competitions until 2027 and we are extremely proud to have the privilege of twelve years of broadcasting one of the most exciting competitions in the world.”

“The addition of UEFA Champions League football is a truly momentous moment for Prime Video in the UK,” said Alex Green, the managing director of Prime Video Sport Europe, who has struck similar deals in Italy and Germany.