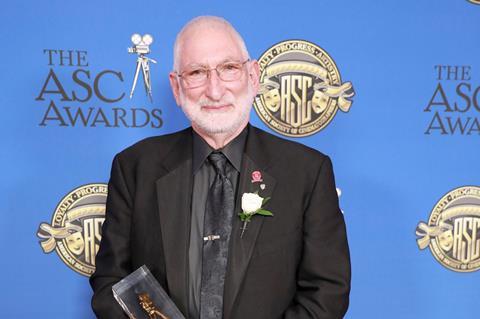 Stephen Lighthill: Is announced as ASC president for the second time

DoP Stephen Lighthill has been named as president of the American Society of Cinematographers.

Elected by the ASC board, Lighthill takes over the reins from outgoing ASC president Kees van Oostrum, who served the maximum four terms and recently was appointed to lead IMAGO, the international federation of cinematographers.

The appointment marks Lighthill’s second turn as ASC president, having previously held the post from 2012-2013. Most recently he held the position of vice president.

Lighthill assumes his role at an important time for the organisation, as members advocate for equal rights and diversity, as well as safe production environments amidst the COVID-19 pandemic.

Lighthill began his career shooting for San Francisco Bay area news programmes, as well as national news shows such as 60 Minutes. He moved into documentary cinematography, working on many films including Gimme Shelter and the Oscar-nominated Berkeley in the Sixties.

His narrative credits include TV dramas Vietnam War Story, Earth 2, Nash Bridges among many others. In 2018, Lighthill was honoured with the ASC Presidents Award. He is also the recipient of the Society of Operating Cameramen’s (SOC) President’s Award in 2000.

“This is a challenging moment for filmmaking in general and cinematography in particular,” said Lighthill. “As an organisation, we are making plans to put words into action. Through the work of the Future Practices Committee and Vision Committee, I’m ready to lead our Society in responding, and in making our work environments safe, equal and diverse.”

Lighthill currently is the discipline chair: cinematography at the American Film Institute Conservatory. He has long served as an officer on the National Executive Board of the International Cinematographers Guild (ICG) as well.

ASC was founded in 1919, and has 400-plus active members today from some 20 countries. There are also 249 associate members from ancillary segments of the industry.