IBC recently gathered a panel of experts in the pay-TV field, including set-top box (STB) manufacturers and Android TV integrators, to explore and discuss the opportunities for pay-TV operators offered by Google’s platform. The discussion provided valuable insight into a market in the throes of transformation. 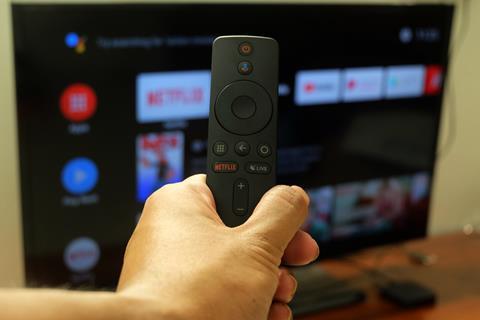 Sponsored by 3SS, and now available to view on demand on IBC365, the webinar was part of a week focussed on the viewer experience. The discussion focussed on the STB market and specifically on Android TV, examining the vendor environment, including deployment options and key vendor partnerships.

3SS designs and engineers bespoke front end and back end solutions for TV and video, and as such, its chief product officer & chief marketing officer, Pierre Donath, was able to set one of the overriding themes of the discussion – cooperation.

“We always work together with our customers – we call it co-creation – in a very collaborative way, where we use all of the internal knowhow in our product framework as a base… to support our customers to deliver value to their customers,” said Donath.

After working with the Android Open Source Platform (AOSP) and Android TV for the past ten years, and with more than 100 Android experts in-house, this approach sees 3SS working today with ten operator projects based on Android, delivering pay-TV services on certified Android devices. A Google early access partner on Android TV and Google Assistant, 3SS has been focusing on its own launcher framework, which includes an experience management tool where operators can control the experience in real time.

Donath also described its customer projects as offering a hybrid experience that is seamless for customers, rather than “the classic set-top boxes from the past that you just used to watch satellite cable or terrestrial television on, they are now moving to more of a hybrid mode, where at least half the channels are OTT. The user doesn’t really care if he’s currently watching cable or satellite or just pure OTT, so that is something that we are always trying to hide from the users.” This requires, Donath said, very tight integration with OEMs like Skyworth.

Represented on the panel by CTO Chris Briggs and Srithar Bala, head of video solutions & services, Skyworth Digital International is part of the Skyworth Group, and is the world’s leader in STB shipment in its own right. According to Bala, there’s been a sharp rise in adoption rates for both the Android TV enabled Smart TV panels, as well as STBs in growth areas like Asia, Africa, India, and Latin America, while in more mature markets, smart panels tend to have the lead. “I think one of the main attractions for this demand is the fact that it’s bundled in with the operator’s pay-TV content, along with some of the leading OTT premium brands,” observed Bala. Looking across the tenders and bids Skyworth receives for set-top box devices and streaming devices from the operator community, Bala revealed that “more than 90% of the bids requested either Android TV as mandatory, or as an option for the OS system”.

As part of his valuable insight into the sector, Kagan analyst Mohammed Hamza showed research to back up these and other trends, for example tracking the fall in sales of pay-TV STBs in regions like North America, but Skyworth’s Chris Briggs felt the demise of the STB to be premature. Preferring to view the past ten years as an evolution of the STB towards a more OTT-centric consumer device, he said: “it’s really just morphing into a different type of set-top box.”

Briggs also discussed the factors between different STBs that can lead to a good quality Android TV service, such as streaming performance, and said a further evolution was happening towards the STB as a smart speaker. This is being largely driven by voice as a means to search for content, but it then allows the operator to add other value-added services such as in the best in class audio performance for their content.

As part of a focus on the viewer experience, particularly the user interface (UI) and quality of experience (UX), the panel discussed the various options available for integrating Android TV. The STB is now competing with other streaming devices such as mobile phones and smart TVs, added Briggs, but for the pay-TV operator who wants to keep their brand at the centre of the consumer’s home, he suggested that they will find it difficult to achieve on platforms other than a set-top box.

As a solution, according to Donath, the 3SS Custom Launcher allows the focus on brand to be stronger. Whereas with standard launcher, there are two home buttons – one from the operator and one for the Google experience – the operator’s content is just another app on the Android TV platform. “If you decide for a custom launcher experience, which is what most of our customers do, you have maximum capability and flexibility to have that branded experience,” said Donath.

Q) We have decided to launch our NEO smart living platform an AOSP based STB. As an operator we want to have full control of the environment and upgrades and the apps used, due to the fact that customers seek app support also from us. There are of course some downsides of this, like having agreements with service providers/app developers to provide the apps. I wonder how other telcos/operators on ATV are handling app support and upgrade cycles?

A) Pierre Donath, 3SS: There are several ways to handle app updates in an Android TV deployment. Fortunately, most app upgrades are easily updated through the Google Play Store. The primary applications such as Netflix, Amazon, etc, can also be bundled with the firmware. The operator can decide which apps are to be mandatorily installed, and which others are opt-ins.

The user does not need a Google account for first-time installation. Updates – principally Netflix and Amazon Prime Video – can be made in tandem with firmware updates, via the Google Over the Air (GOTA). Otherwise, the operator can have a custom over-the-air updating process. This can often be efficiently managed via the OEM/STB maker, who will already have a commercial and certification relationship with Netflix, Spotify, etc. For the most part, the updates can be done very easily by the user, with no intervention from the operator needed, and the experience is very similar to updating apps on a smartphone.

Q) Why would an operator consider RDK O/S for their next gen STB development over ATV O/S?

A) Pierre Donath, 3SS: For some operators, RDK might be their first choice rather than Android TV. With RDK, the operator has complete control and independence. The operator has to obtain and assemble all the required content from scratch, agree all the licensing and commercial terms, perform all the technical integration of all apps, obtain certification from each app owner independently, etc. With RDK, the operator is in complete control of the offering. However, longer planning and rollout timelines, the need for more in-house resources and expertise, and the need for a higher level of investment can often go along with that independence and control.

Q) Is Google talking about adding out-of-the-box GoogleStadia (game streaming) or similar services to AndroidTV software, with no need of Chromecast dongle?

A) Pierre Donath, 3SS: Google has only announced out-of-the-box Stadia support for Google TV in 2021. Google TV is a UI for Android TV, the fully-fledged operating system for set-top boxes, streaming devices, and smart TVs. No further announcements so far from Google on this.

Q) In the ATV world are the Pay TV operators comfortable to let Google control their user behavior etc?

A) Pierre Donath, 3SS: Of course, neither the pay-TV operator nor Google ‘controls’ user behaviour; the subscriber is free to do and watch what he or she likes. If what you mean is, is the pay-TV operator happy to offer to viewers the most popular Google apps and third-party apps in a user-centric array of content, all available without the need to subscribe to, sign in, access and manage each separately, that is one of the most compelling features of Android TV and this is why it is becoming so popular. If you are referring to the user experience, if the operator chooses Android TV Operator Tier with custom launcher, the operator has near-100% control over the design and other aspects of the UX.

Q) To Skyworth: Do you use RDK-B for your BB gateways?

A) Chris Briggs, Skyworth Digital International: “At the moment Skyworth does not have any RDK-B based gateway products commercially available, but an RDK-B integration is on our roadmap for deployment mid 2021. “