Production and distribution group Banijay has appointed Christian Wikander as its new global head of scripted.

Wikander joins from HBO Max Nordic, part of Warner Bros. Discovery, where he has served as Commissioning Editor & VP, Original Programming since 2020. 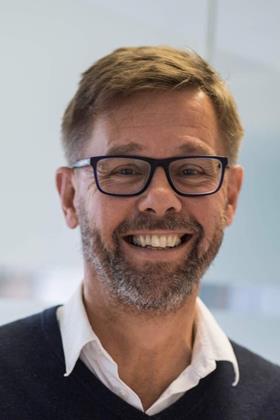 Wikander replaces Lars Blomgren, who is moving to Los Angeles to join Michael Ellenberg’s Media Res, the production company behind Scenes From A Marriage and The Morning Show.

Blomgren will oversee Media Res International, the company’s new international division, which will develop premium TV series from a range of genres.

At HBO Max Nordic Wikander was responsible for developing original scripted series across the entity’s Nordic footprint, partnering with creators, producers, and key talent, both locally and internationally.

Before this, he was Managing Director for London-based Twelve Town, having joined in 2016 as Head of Drama for Europe.

Wikander has also held Head of Drama roles over at Swedish broadcaster SVT in Stockholm and Gothenburg.

In his new post at Banijay, he will report to CEO, Marco Bassetti.

Bassetti said: “Having been a commissioner, managing director and producer, Christian has demonstrated not only his immense creative talent and agility as a leader, but importantly, his natural eye for recognising a story with international potential. With him in place, we feel we have further opportunity to grow our premium scripted offering and heighten Banijay’s reputation as a leader in both local and English-language dramas that connect audiences worldwide.”